Back for its 50th year, the golf tournament is going on from Sept. 16-19 at The Oregon Golf Club in West Linn. 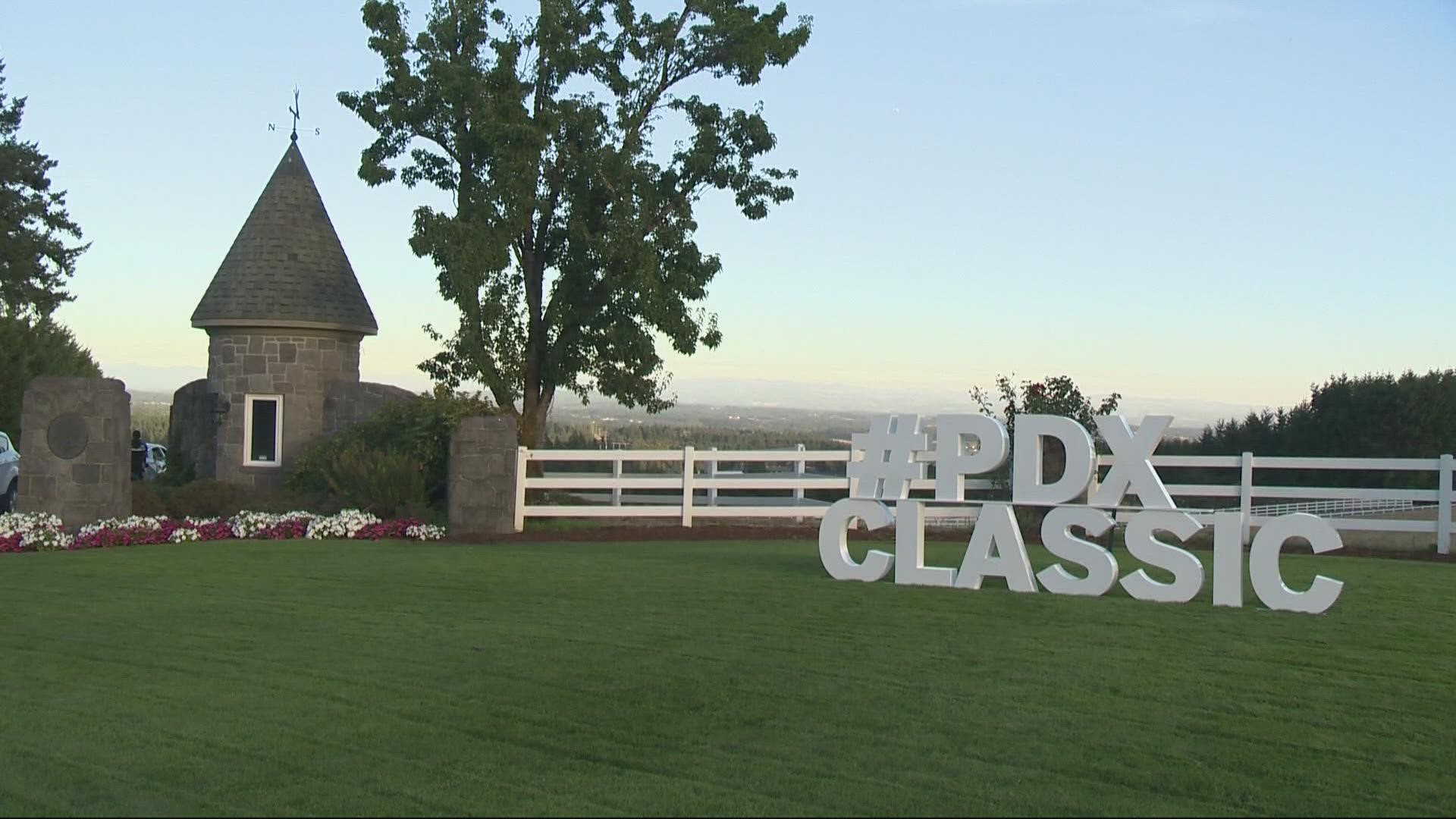 It's expected to be a star-studded field with world-class players including No. 2 in the Rolex Women's World Golf Rankings Jin Young Ko and returning Cambia Portland Classic champions Hannah Green (2019) and Marina Alex (2018).

This is the LPGA tour's longest running non-major and is now in its 50th year. It goes from Sept. 16-19. Tickets start at $10 for a day or $25 for the entire tournament and can be purchased on the Portland Classic's website. KGW will be recapping all the excitement in a half hour special hosted by Orlando Sanchez that will air Sunday night, following Sports Sunday.

Susan Etzel is the first female director of the tournament, a role she assumed in February. Producing an event like this for professional athletes in a short amount of time has been a whirlwind, but she’s said she's even more honored to bring it to the community.

With many former golfers returning to help celebrate the 50th anniversary, Etzel has enjoyed seeing those who paved the way interact with younger players.

“It's not easy. I think a lot of us take it for granted," Etzel said. "They're professional athletes, you know it's a tough job and they work really hard at it."

Tom Maletis is chairman and president of the Tournament Golf Foundation, the organization responsible for organizing and managing the event.

“All the years that we've had, the tournament, inside the ropes, we had some great champions," Maletis said. "But the greatest satisfaction has been what we've been able to do for the city and the area outside the ropes and that being charity and having a big effect on the economic impact that it annually generates every year."

Since the tournament’s inception, it's raised $18 million for charities and other local organizations.

Volunteers and staff work hard behind the scenes to make the tournament happen. Lee Hoffman and Stan Kawamoto are the two caddy masters, they've taken care of the caddies since the 80's. Both were named the LPGA's Volunteer Service Award winners for 2020.

Hear more from the volunteers here

World Golf Hall of Famer Nancy Lopez is happy to be back in Portland. She's speaking at some events during the tournament and hosting clinics. She has fond memories of the golf she has played here.

“I won the U.S. Junior at Columbia Edgewater when I was 17, and so that kind of started the love affair that I had with Portland,” Lopez said. “And then coming back with the LPGA event, when you're an LPGA player and the schedule comes out, you right away put down in your calendar which are your favorite tournaments and so I always knew I wanted to come to Portland— so I'd always put it down.”

Lopez is a four-time champion of the event. In all, the tournament has been won by World Golf Hall of Fame members 23 times.

KGW Meteorologist Rod Hill spent the day playing with Maggie Simons, who is among the players competing in the tournament.

Other players include Cheyenne Woods, a professional golfer on the LPGA Tour and the niece of Tiger Woods. KGW's Matt Zaffino, Rod Hill and Kyle Iboshi played with her in the Pro-Am competition on Sept. 15 that paired amateurs with professional golfers.

Was lucky enough to play is the #LPGA @PortlandClassic w @cheyenne_woods today at Oregon Golf Club. Truly the nicest person I’ve ever met in golf. Good luck this weekend! pic.twitter.com/lSdbYKsGeG

Getting kids excited about golf

"It's not just about coming out to the golf course and learning those fundamentals of putting and full swing," said Jenna Coonrod, The First Tee's Greater Portland program director. "We're really about allowing you to be the best version of yourself here on the golf course as well as off the golf course in your everyday life."

Watch this video to learn more about The First Tee