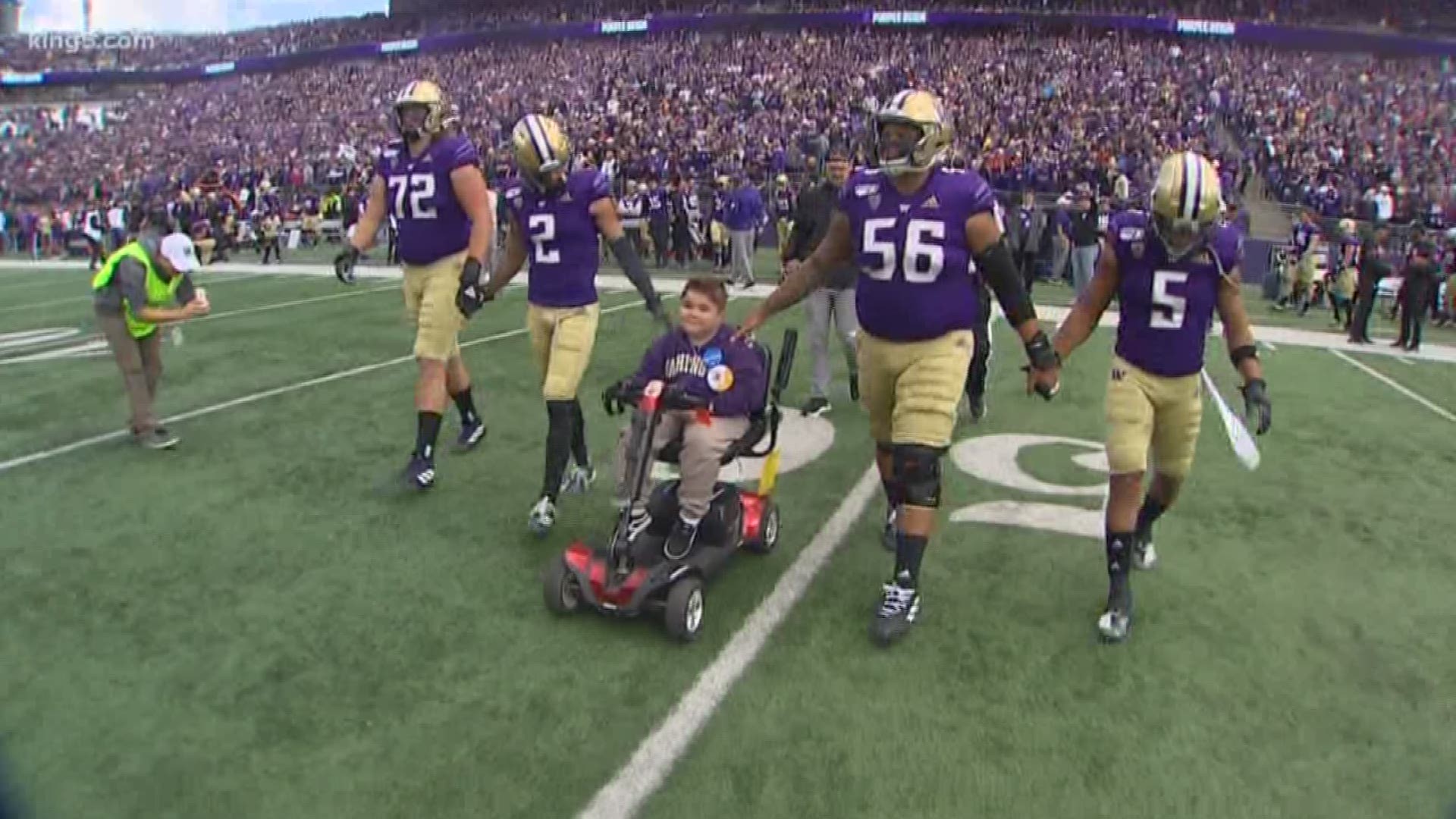 SEATTLE — When the Huskies hit the field Saturday against USC, they had a special fan by their side for inspiration.

You might say 13-year-old Peyton Marquez has been decked out in purple and gold since he was born.

That Husky pride runs deep in their family.

“My dad went to UW, and he's always told me to be a Husky fan. It always ran in the family, so I'm a hardcore Husky fan.”

He may not look huge, but at just 13, Peyton has battled obstacles bigger than any linebacker. Duchenne muscular dystrophy has robbed Peyton of many things. But not his spirit, and not his love of football.

“I've always wanted to be on the field with the team and see them out and meet everybody,” Peyton explained.

With help from the Make-A-Wish Foundation, he was the Husky's secret weapon, an honorary co-captain as they faced the Trojans.

“They're a good team, they're a force to be reckoned with, you don't underestimate them," Peyton said.

Before the game, he was a sideline star rubbing elbows with players, Harry the Husky, and Coach Chris Peterson. Peterson told Peyton he thought the young boy might bring the team good luck.

When it was time to toss the coin, Peyton joined his co-captains on the field and everyone shook hands, including the USC players. When it comes to fighting a disease like muscular dystrophy, everyone is “Team Peyton”.

“This is one of the rare diseases that doesn't get enough attention," his father explained.

The coin toss went the Husky's way and they would go on to beat the Trojans 28-14.

Peyton is already a winner in so many ways, especially the way he looks at life.