Peter Reed promised to take a bite out of a shoe if Portland, without a number of players, beat Philadelphia. 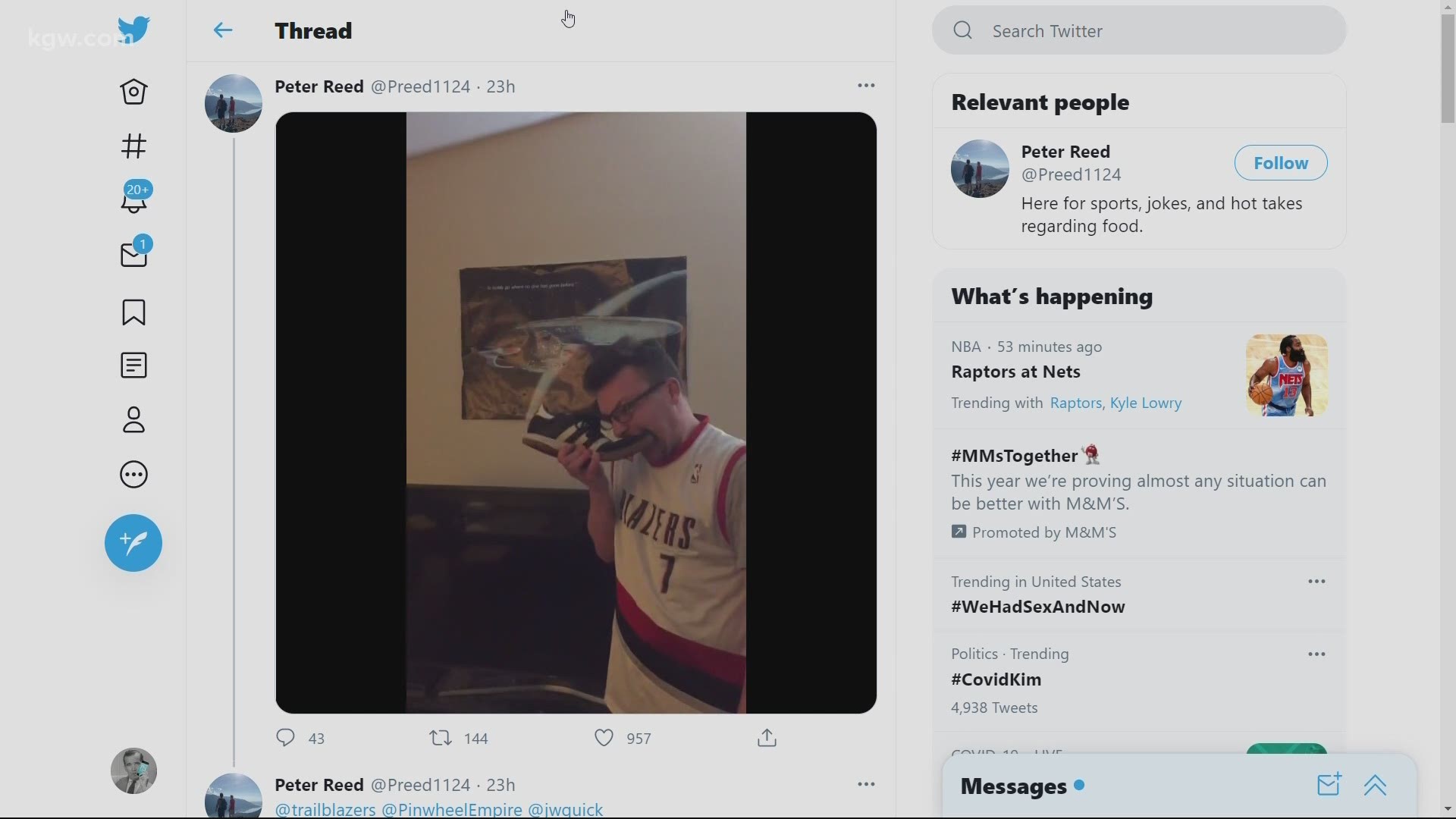 "Once I discovered the Blazers in the early 2000s, I've been diehard for sure," he said.

Reed knows the Blazers cannot win every game. He certainly did not think they would win Thursday night's against Philadelphia. The 76ers are the best team in the Eastern Conference and the Blazers were playing without a bunch of players.

"If we beat Philly with this group tonight I will eat my shoe," Reed tweeted.

If we beat Philly with this group tonight I will eat my shoe. https://t.co/a9XnNTNhH4

"I was expecting a couple of my Blazer friends on Twitter would like the tweet," he said. "I forgot about it five seconds after I tweeted."

Reed would not forget for long. The Blazers played great and beat the 76ers by 16 points. In no time, Reed started receiving a barrage of tweets from people demanding that he make good on his promise. One tweet came from the Blazers official account and another from Jusuf Nurkic suggesting Reed use BBQ sauce.

Reed ultimately substituted the BBQ idea for hot sauce. He drizzled it on a shoe he does not wear too often and he got after it.

"It tasted leathery," he said. "I don't have a lot of context as far as eating shoes go, but it seemed like a fine shoe. The Tapatio helped actually. The heat distracted me."

Reed has since cooled off, but not the attention. The video of him eating the show has been viewed more than 40,000 times as of Friday evening. Lots of tweets came his way, too. One tweet was from The Athletic.

"If I honestly brought a laugh to somebody, that's incredible," Reed said. "I've had a bad year, everyone has for sure, so it's nice to get wins like this."

Before wrapping up our chat with Reed we asked him if there was anything else he would like to chomp on.