Beavers big man Kylor Kelley poised for the next level 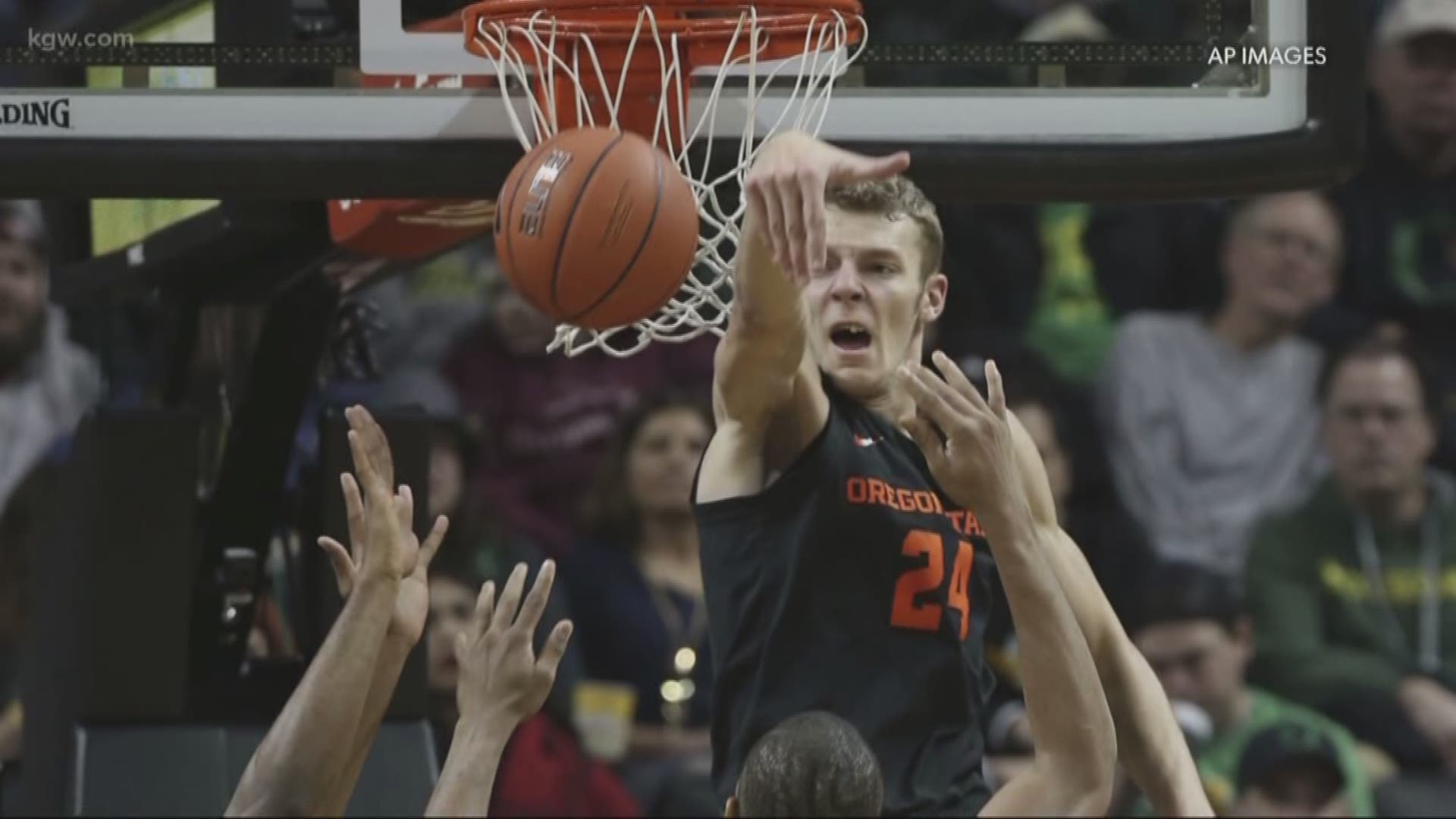 "It really gets the crowd into it. I feel like I've climbed Mount Everest if I get a big block and the crowd gets into it," said Kylor Kelley.

"I was just doing what my team needed me to do, which was play defense and protect the rim," said Kelley.

"The coronavirus had taken our tournament away. They canceled it, which really hurt."

But he's got more basketball ahead. Hoop dreams playing at the next level. He says NBA teams are showing interest.

"Back when I was in high school I never thought I would be in this position, but I've always had the support of family, friends and coaches," said Kelley. "I'm pretty confident I'll be on an NBA roster, with hard work and dedication."

He had to grind to get to this point, growing up in Gervais, Oregon.

"I was that one tall skinny dude," said Kelley. "It's amazing being able to represent such a small town. Not many people know where Gervais is. Being humble is what I've learned most coming from this small town with family and friends."

Listed at seven feet tall, he didn't receive a lot of scholarship offers out of high school.  He went to Northwest Christian University, but struggled in the classroom. He made the move to Lane Community College, got his grades up and improved on the court. The rest is history.

"I think I really buckled down and I think it shows I matured in that process."

Kelley's been counted out and told he couldn't do it.

"That's really what's fueled me, the people that didn't think I'd be where I am today, the doubters really.  Also, what's really pushed me is my support, my friends, family, my coaches. Gervais is like a family. Everyone is family. Without them I probably wouldn't be here without their support. They say it takes a village to build something real."

Now the focus is on being ready to play professionally, getting bigger and stronger, without gyms being open because of the coronavirus. Instead of meeting with NBA teams in person, he'll have to do it in front of a screen, but he wants his game to do the talking.

"I'm a little bummed, but I think that if I just stay in the gym and I show what my character is in these video calls, I'll show them what I can do."