At Varsity Grill and Bar in Scappoose, Ore., there used to be an item on the menu called the “Derek Anderson Burger.” 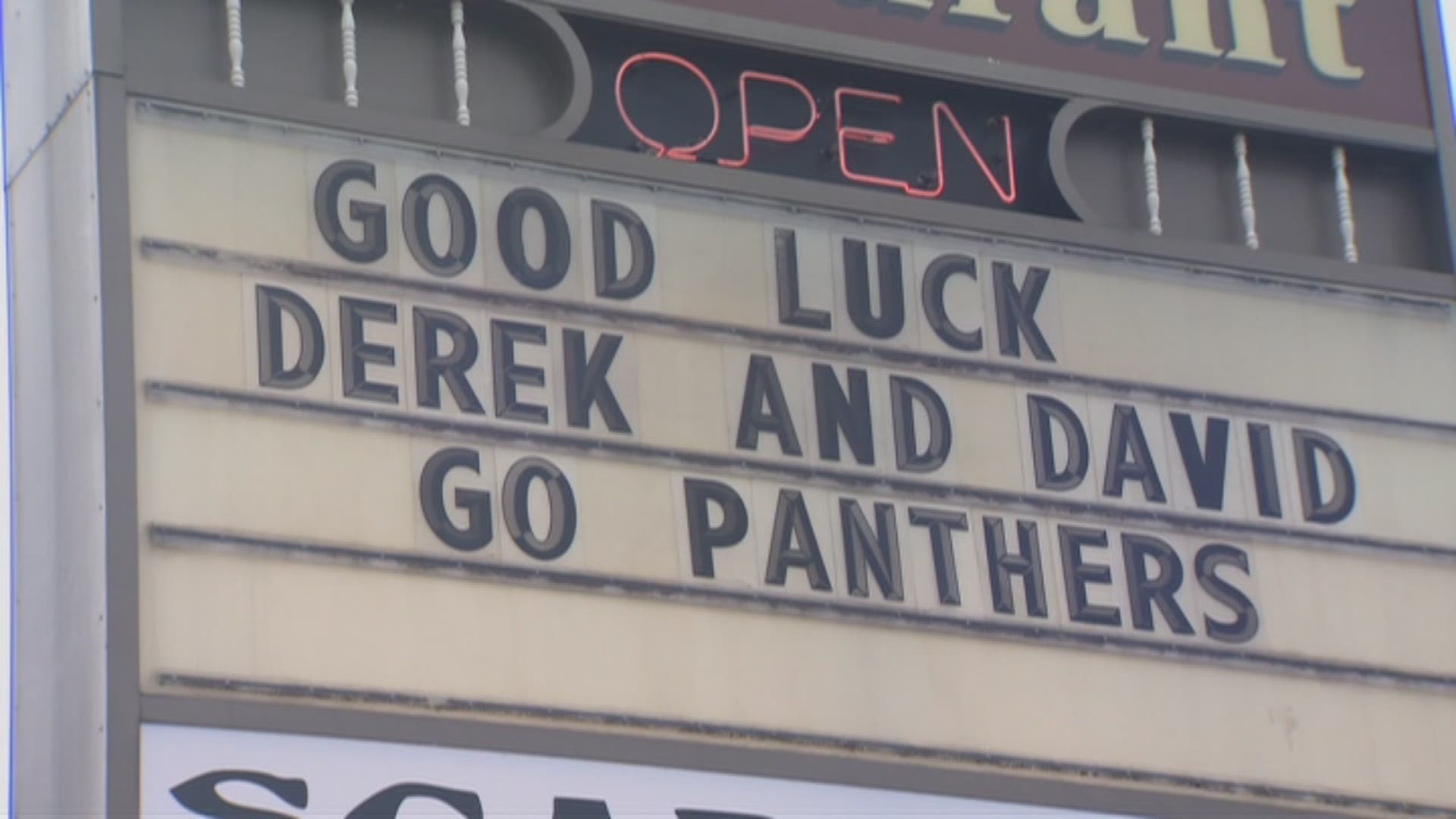 CHARLOTTE -- At Varsity Grill and Bar in Scappoose, Ore., there used to be an item on the menu called the “Derek Anderson Burger.”

“It’s got the works,” said Sean McNabb, head football coach at Scappoose High School. “It came with everything.”

Because in that hiccup of a town about 20 miles northwest of Portland, Anderson always has been celebrated as big news. The local sports hero, he was the gifted basketball and football star who chose to take his quarterbacking skills from the 6,000-population Oregon hamlet to Oregon State and then the NFL.

David Mayo remembers hearing about Anderson when he was a kid in nearby St. Helens and Mayo’s older brother played football against Anderson in high school.

“He was really good,” Mayo said of Anderson’s Scappoose teams that won three state titles. “I remember him being the town hero. Everybody knew who he was.”

Then Mayo moved to Scappoose, himself, when he was in high school and heard about Anderson some more. As in, Mayo, now 24, was the best athlete to come through the school since Anderson, now 32.

“Both were very uncommon,” said McNabb, who coached both players. “Both were the best football players on the field when we played. Self-made, but also with a great work ethic.”

Mayo’s path to the NFL was a bit more roundabout in that it included a year spent living in a shed while he was in junior college in California before he went on to star at Texas State.

But in the end, both Anderson and Mayo wound up in the same place: with the Carolina Panthers, headed to the Super Bowl.

That makes the town of Scappoose now an unofficial Panthers outpost -- about 2,700 miles from Charlotte.

Outside the Chevron gas station, a Panthers flag flies, according to McNabb. And talk of holding a rally or parade for the players has been discussed, though nothing has been formalized.

The Varsity is sure to be filled with supporters of both players gathered to watch the Super Bowl, McNabb said, reminiscing about two of the best athletes to come through town.

Anderson, now a backup to Cam Newton, has been a town legend since he starred in both basketball and football at Scappoose. Anderson, 6-feet-6, almost quit football after his freshman year to pursue hoops, but ultimately opted to stick with football.

“He wound up being a blue-chip player who could have gone anywhere,” McNabb said.

Anderson quickly became known for his strong arm and ability to throw deep, and in his junior season in 2003, he became the second Pac-10 player to throw for 4,000 yards. He was drafted by the Baltimore Ravens, though he never played a game for them. He bounced from five seasons with the Cleveland Browns to one in Arizona.

He’s been with the Panthers since 2011, serving as the backup to Newton for the duration.

Mayo’s road to the Panthers has been less direct. He always was a standout athlete with an adaptable ability that showed when he tried out for the high school basketball team his senior year, and not only made the squad but became one of the top scorers, McNabb said. And when the track team needed someone to run hurdles for the team to garner a few extra points, Mayo not only agreed, but qualified for the state meet after only two performances.

“Average athletes can’t do that,” McNabb said. “He was unbelievable.”

But Mayo wanted to play football, despite a lack of Division I offers. So, he opted to start at Santa Monica College in hopes of getting noticed by bigger programs. The only problem is Mayo couldn’t afford the Santa Monica, Calif., rents.

His best offer was to live in a shed for $450 a month. He had a bed, an ottoman and some privacy; he could use the bathroom and kitchen in the main house.

“It was just really hot and really cold,” Mayo said. “But I had my own space, as weird as that sounds. It wasn’t as bad as you might think.”

He only needed it for a year before he made his way to Texas State. The linebacker was Sun Belt Defensive Player of the Year in his senior season in 2014.

And then in 2015, the Panthers selected him in the fifth round of the NFL Draft.

“I was really excited; I mean, I couldn’t believe the chances that Derek’s on the team that I get drafted to,” Mayo said. “It’s just crazy.”

Which is exactly what the town of Scappoose thought, too.

“The chances of getting to an NFL training camp, and then making a team is astronomical,” McNabb said. “And to get two players on the same franchise is unbelievable. … It’s like a dream come true.”

Vanished in Oregon: The five-year search for fugitive David Durham

Air at SE Portland schools to be tested after toxins detected

Watch live or check weather & traffic updates on the go with the KGW News app. 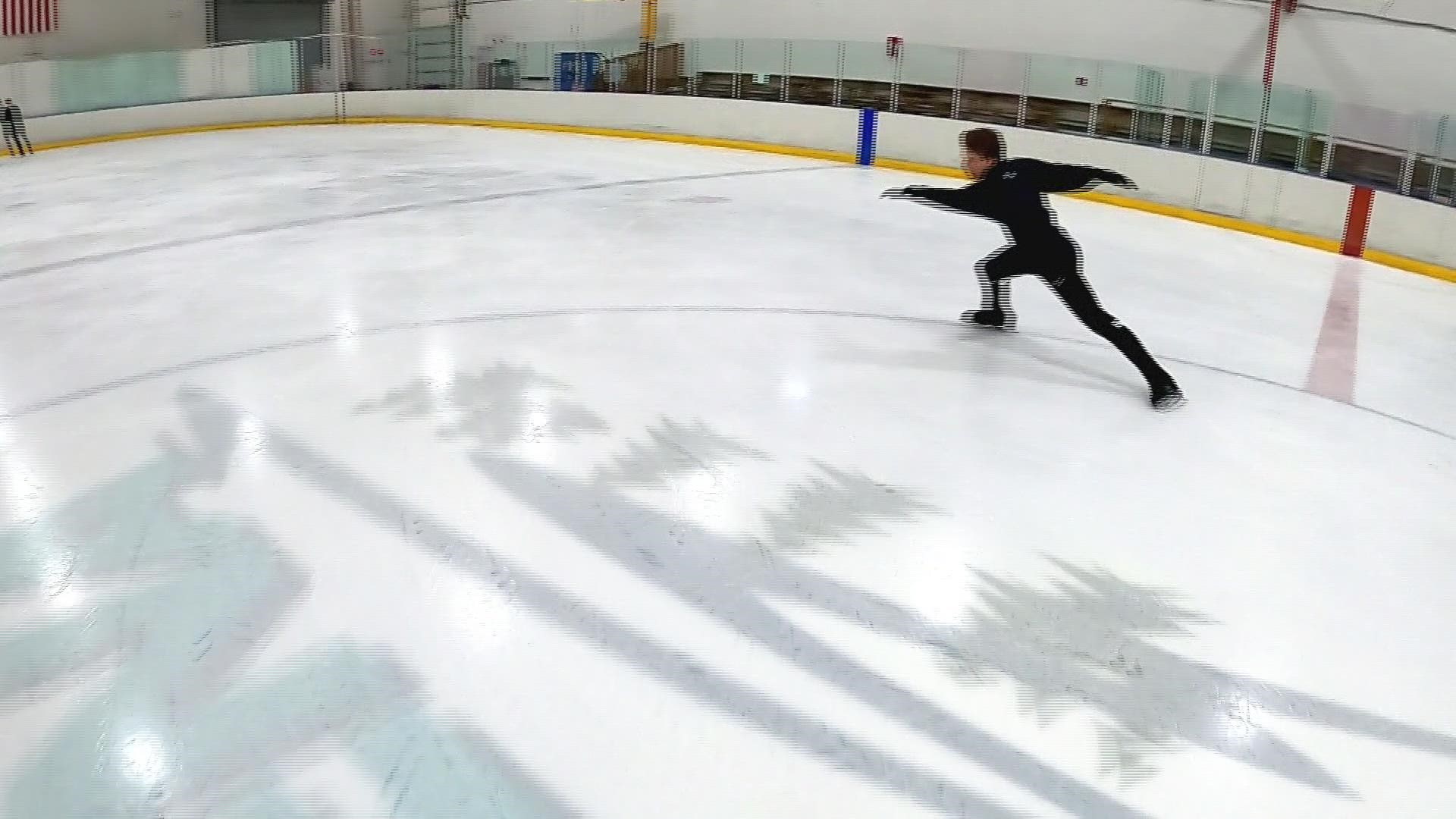