For many of the golfers this is the first competitive golf they’ve played since March. 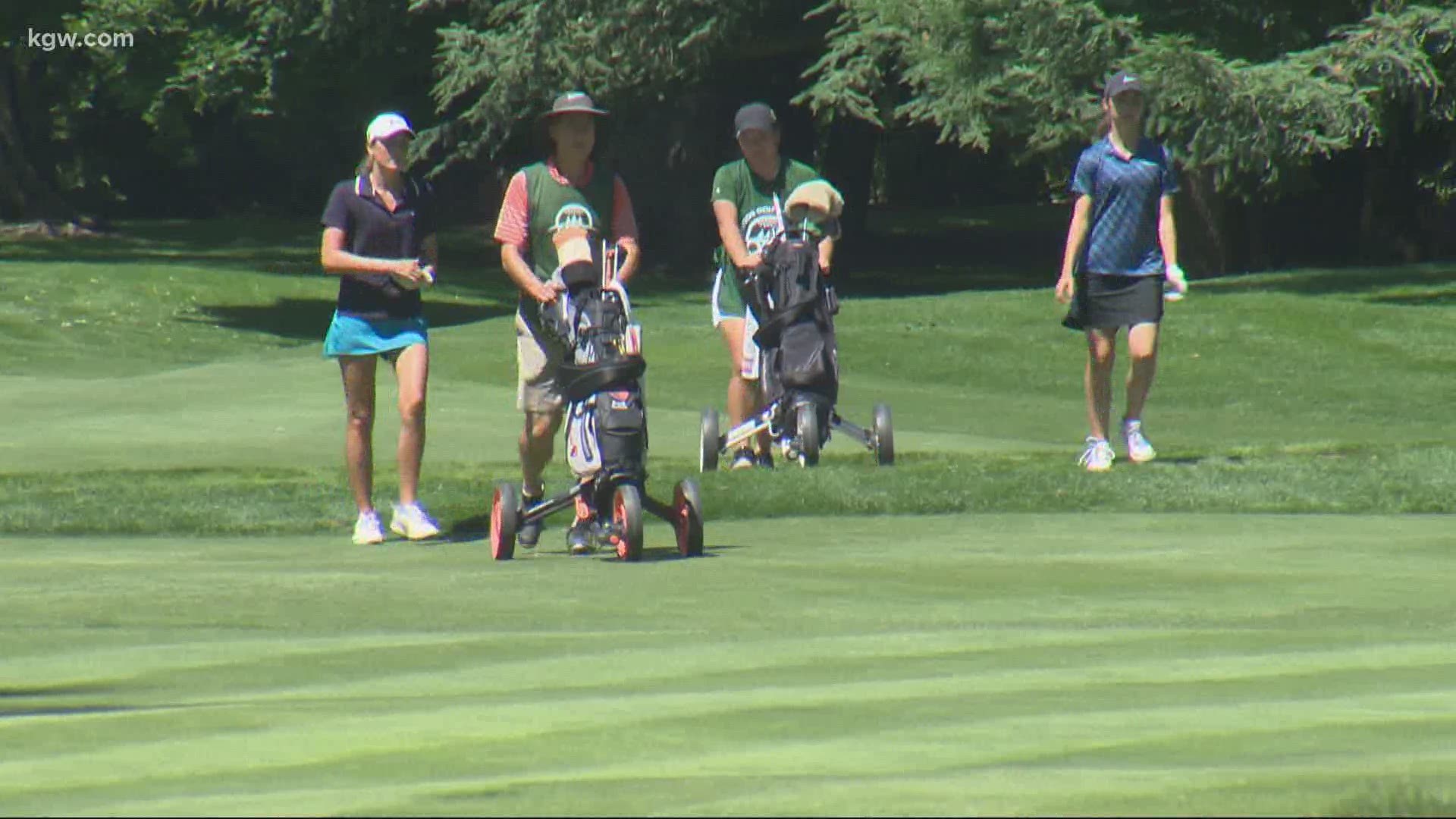 PORTLAND, Ore. — More than 150 golfers hit the links at the Columbia Edgewater Country Club for this year's Oregon Amateur Championship. This is the 111th edition - the only time it wasn't played was during World War II.

“This is our pinnacle event so to be able to pull this off was really important”, said Brent Wittaker, Director of Tournament Operations for the Oregon Golf Association.

For many of the golfers this is the first competitive golf they’ve played since March. Two-time defending champion Ellie Slama is one of those playing this year. She says things are different. Players have to sign a waiver, can’t touch the bottom of cup after a putt, need to use a towel to grab the pin and there is social distancing in place. Each player is limited to one spectator guest.

After Monday’s round Slama said, “I have my dad on my bag and my mom watching my brother got the short end of the stick this year."  She added she felt pretty safe playing and competing.

The championship continues through Saturday.  You can follow the action here.