OFF THE AIR: Why I support the 'Boy Who Runs"

I am starting a new blog to share some of my life with you "off the air." From my new ventures becoming a Grandma, and trying to learn to knit, to my thoughts about life and living in Portland. And I hope you will join in the conversation with your comments and ideas for future blog topics. So, here's to what I hope is a deeper friendship. 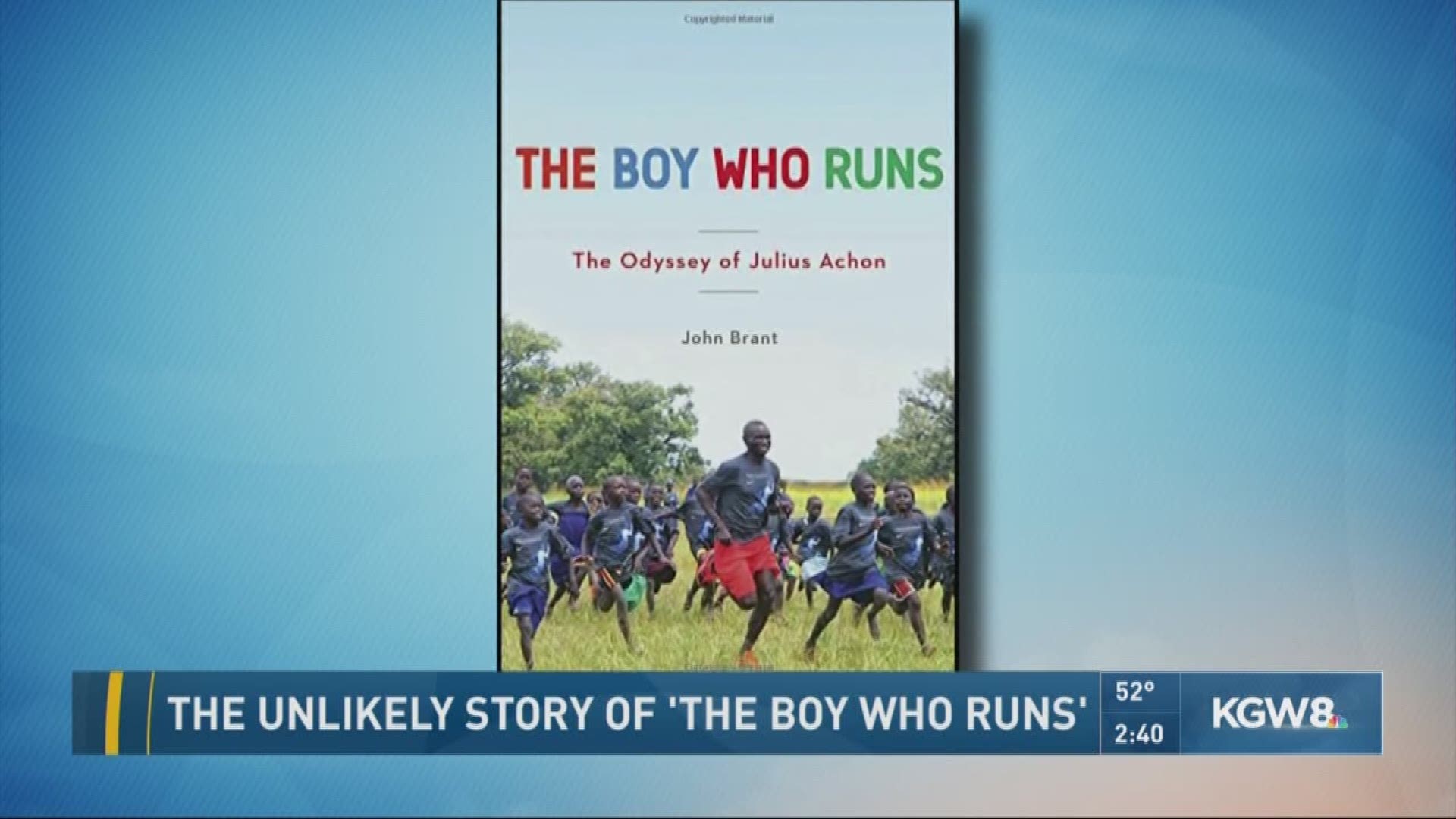 PORTLAND, Ore. -- I am starting a new blog to share some of my life with you "off the air." From my new ventures becoming a Grandma, and trying to learn to knit, to my thoughts about life and living in Portland.

And I hope you will join in the conversation with your comments and ideas for future blog topics. So, here's to what I hope is a deeper friendship.

Here's my next entry in "Off The Air" with Laural Porter.

Our heartstrings can reach many places. Mine stretch all the way from Portland to a tiny village in Uganda.

The tug on my heart started with a story I did on a man named Julius, whose own heart knows no bounds, and who I am honored to now call a friend. His foundation, the Achon Uganda Children's Fund, is changing lives.

The people of his town once had to travel 42 miles, on foot, to the nearest city for medical treatment, a trip that sometimes ended in tragedy. It was Julius' dream to build a clinic for the people he loved.

The quest to realize that dream has been an unlikely success story.

Our paths crossed in 2012 when I learned a former child soldier in Uganda became an Olympian then a philanthropist, and he was living in Beaverton working at Nike.

Previously: High hopes for former Olympian and his village

His journey is the stuff of movies. I knew then I had to share the remarkable tale of the boy who loves to run.

Julius was captured by rebels during the bloody civil war in Uganda. He was forced to be a child soldier and witnessed unspeakable things.

He once showed me a picture of a pot where boy soldiers and other captives were boiled to death if they disobeyed. Ultimately, he escaped, running miles and miles back to his village -- barefoot.

And he kept running.

More victories followed…and so did shoes.

Julius eventually captured the attention of coaches when he won gold at the World National Junior Championships in 1994.

A coach from George Mason University was so impressed he offered him a scholarship in the U.S.

In 1996, the team won the NCAA championship, and Julius set a world record in the 800 meter event. A record that stood for two decades.

His star had risen fast.

But when he was training for the next Olympic Games-- tragedy struck.

His Mom, Kristina, was shot by rebels.

Without a hospital nearby, she slowly bled to death.

Julius was devastated. Stricken with grief, he was unable to continue training, and returned to Uganda.

That's when this child soldier and Olympian opened his heart to even bigger things.

While on a run near his village, he came across a group of children orphaned by the war.

He convinced his father to take them in.

Julius would return to the U.S. and made it his mission to provide for the orphans.

And that's how the Achon Uganda Children's Fund was born.

When I met Julius, he had teamed up with the late great Jim Fee who had retired from the medical device field in Portland.

He, too was moved by Julius' effort to help orphans in Uganda, and knew immediately what he'd be doing in retirement. Helping Julius take the AUCF to the next level.

Through Jim Fee's tireless dedication and organizational skills, and Julius' out-sized heart, AUCF grew to help more than orphans in the village.

Caring people here in Oregon joined others around the country, and the world, to help build the medical clinic named in honor of Julius' mother, Kristina.

Jim Fee died in a bicycle accident in 2013. But his family continues to lead the AUCF.

Today, people travel from miles around the village of Awake to the Kristina Health Center to get vaccinations, emergency dental, and pre and post-natal care.

Each year I join volunteers at AUCF as the emcee for a benefit concert and auction.

Every penny donated goes to the clinic.

The goal this year is to build a fully equipped maternity ward with trained medical staff.

The annual benefit is this Saturday, October 21st, at the World Forestry Center.

Julius is coming back from Uganda for the event.

He's busy these days after being elected to Uganda's Parliament, where he is using his voice to help others beyond his village.

I invite you to join us for a night of music, food, and fellowship, for a great cause.

You might find your heartstrings stretched across the globe with a love that connects us all starting here at home.