'You can't kill the true spirit of Portland': Amid protests, events continue as scheduled

Protests? What protests? Events like the Corgi Walk, a Keep Portland Weird photoshoot, and the Adult Soapbox Derby went on as planned. 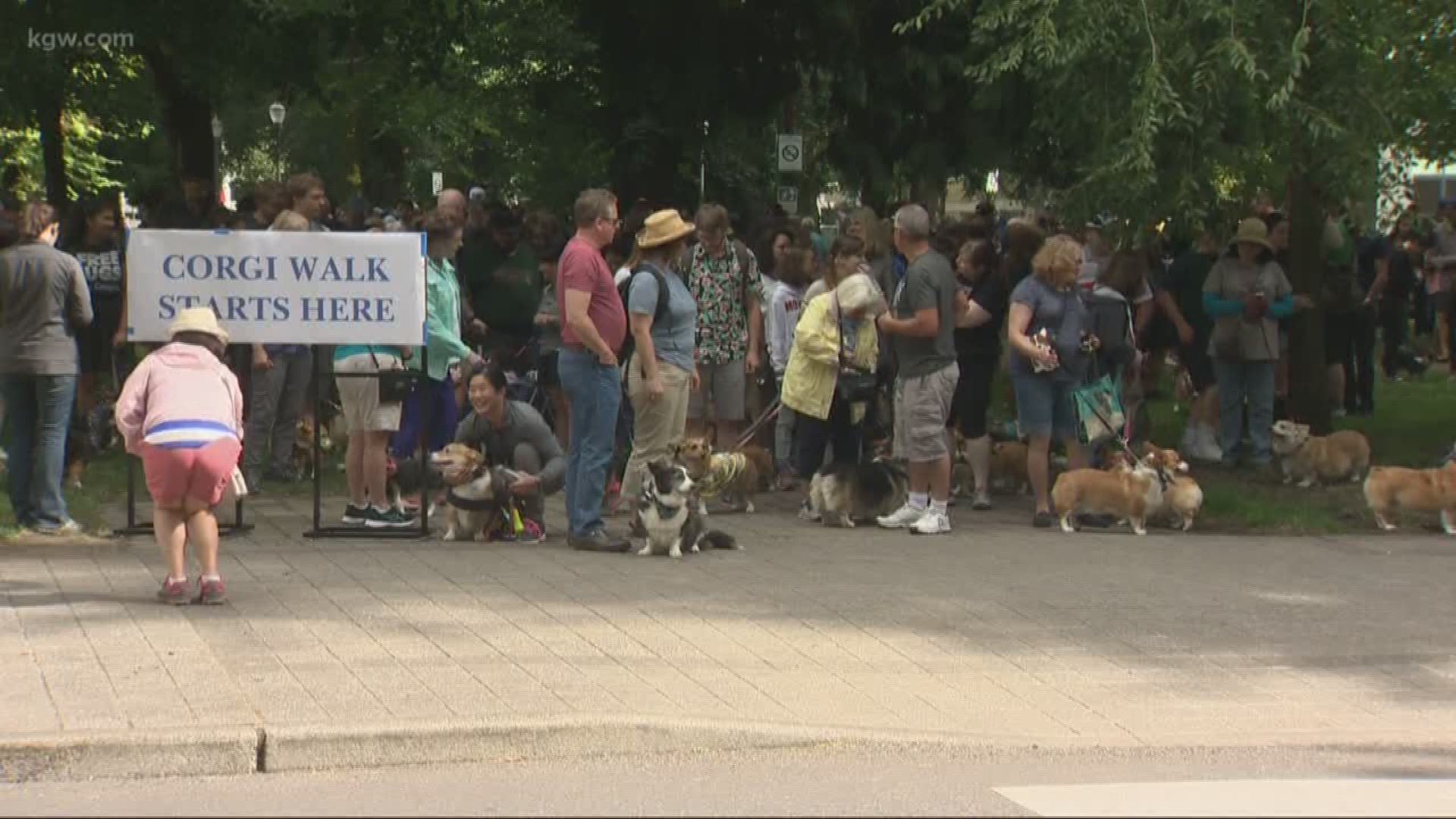 PORTLAND, Ore. — While dueling protests filled downtown Portland Saturday, other parts of the community celebrated some of the things that make the city so wonderfully weird. Scheduled events went on as planned.

Just blocks away from the protests at Waterfront Park there was a different kind of march in the Pearl District.

Corgis of all shapes and sizes turned out for the annual Corgi Walk to raise money for the Oregon Humane Society and a local corgi rescue.

Despite the angst happening nearby, the event forged forward, showing a different side of Rip City.

RELATED: 8 things to do in the Portland area this weekend: August 16-18

"Our Corgi lovers are very enthusiastic. We wanted to keep them happy. And this is a fun, joyous event. So, maybe represent the other side of today and give people something to smile about, seeing a bunch of Corgis walking around downtown," said Alex Laskowski, a community outreach coordinator with the Oregon Humane Society.

Not far from the walk, at the Sentinel Hotel, some of the biggest figures from Portland's weird past, present, and future came together for a photoshoot.

"We're taking a snapshot of the unique culture of Portland right now," said Brian Kidd, better known as The Unipiper.

"This really is a cross-section of our unique life in Portland," Kidd said.

The epic photo will be made into a poster that they'll sell to help raise money for more ventures to — you guessed it — keep Portland weird.

You can get purchase those posters this fall at the first-ever Weird Portland Gala at Polaris Hall on November 7. For more information and tickets, click here.

Meanwhile, on the other side of the city, families headed to Mount Tabor for Portland's annual Adult Soapbox Derby.

Some were built for speed, others needed a bit more help chugging along, but all used creativity. There wasn't a big purse to take home from this race, but volunteers say that's not the point of an adult soapbox derby.

"Pride — and, I believe, trophies that aren't worth the amount of money that they put into these cars to begin with — but mostly pride,” volunteer Chris Mcpherson said.

"There's so many different people here. So many different ideals and everything. It all comes together and just meshes. It's great. It just, it's Portland," attendee Jason Lebrun said.

Portland indeed. And with all these events, a side of the city that doesn't always make the headlines, but probably should.

"We're not going to be intimidated by any of that nonsense that's going on. In fact, it's rather symbolic that we're able to do something so positive on this day and have it be such a success," Kidd said. "It shows that you can't kill the true spirit of Portland."