These were the most-read KGW investigations of 2018

From unclaimed cash to assaults on TSA agents, surprise medical bills to the contents of your recyling bins — these were the most-read KGW investigations of 2018. 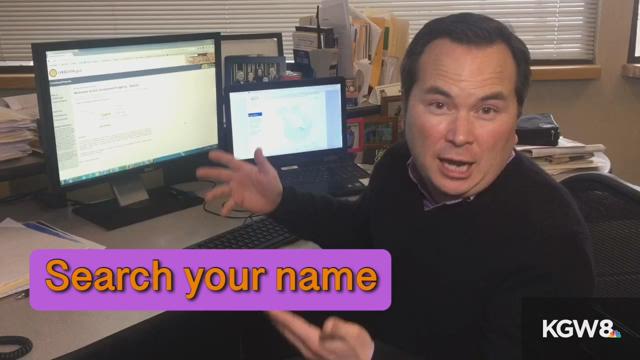 From unclaimed cash to assaults on TSA agents, surprise medical bills to the contents of your recyling bins — these were the most-read KGW investigations of 2018.

10. Why the new Lincoln High School is $58 million over budget

In May 2017, voters passed a historic $790 million school bond, with $187 million allocated for a brand-new Lincoln High School. With construction slated to begin in 2020 and a finish date set for 2023, the price tag for the project had soared to $245 million. The district blamed skyrocketing construction costs, inaccurate original estimates and tariffs added to the cost overruns, as well as the challenging design restrictions of building a new school in the heart of Portland. Read more 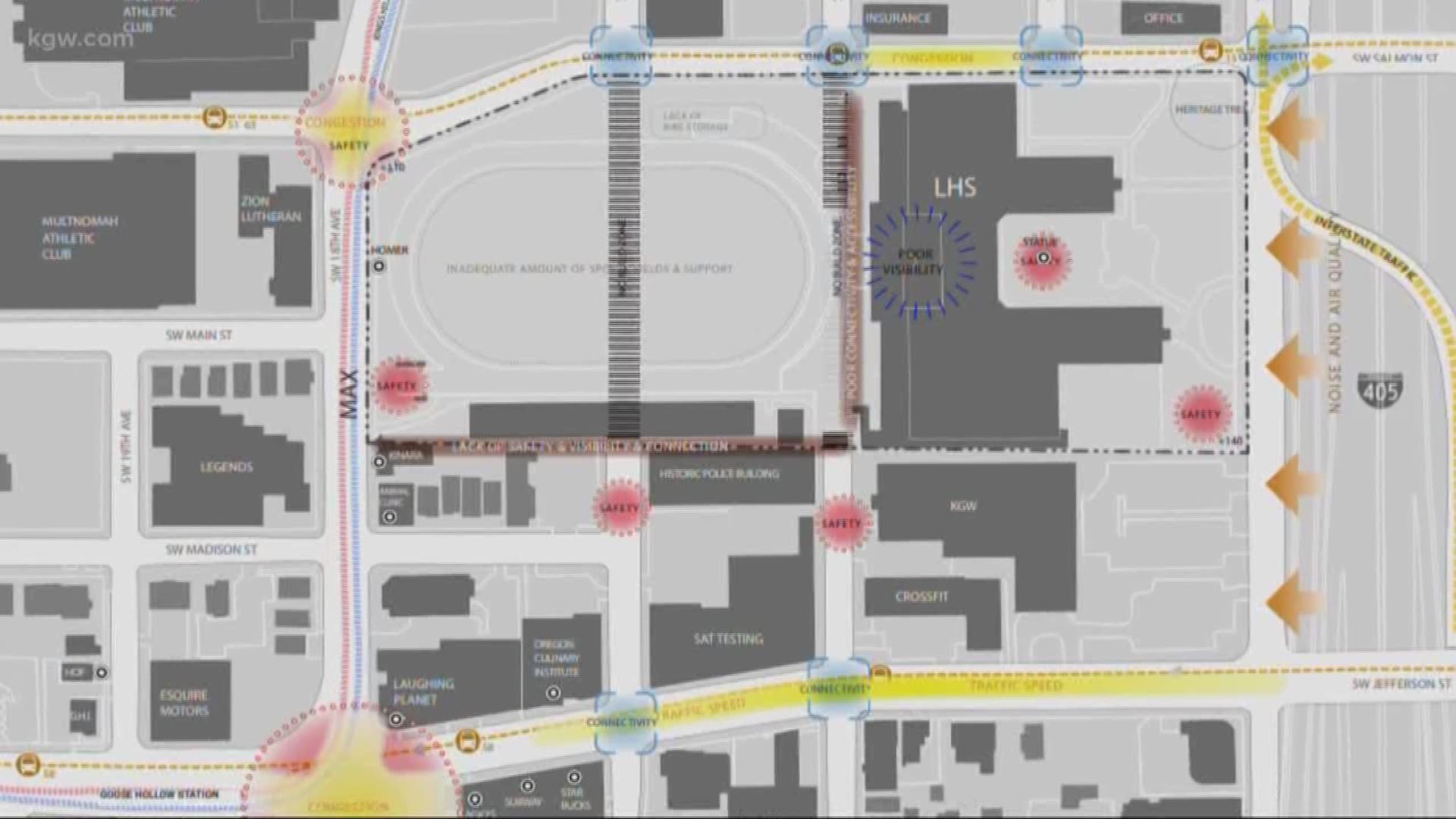 9. Airport turbulence: Assaults on TSA agents on the rise

An August 2017 incident at Portland International Airport serves as an example of an alarming trend at security checkpoints around the country. Assaults on airport screeners are up 31 percent. Last year, TSA workers were physically assaulted 34 times, up from 26 in 2016, according to the agency. J. David Fox, president of the American Federation of Government Employees, which represents airport screeners, said he believes the actual number of assaults is far higher. Many confrontations go unreported. Cox said it's unclear why there are more attacks on TSA workers, but he said staffing levels could be a factor. Read more 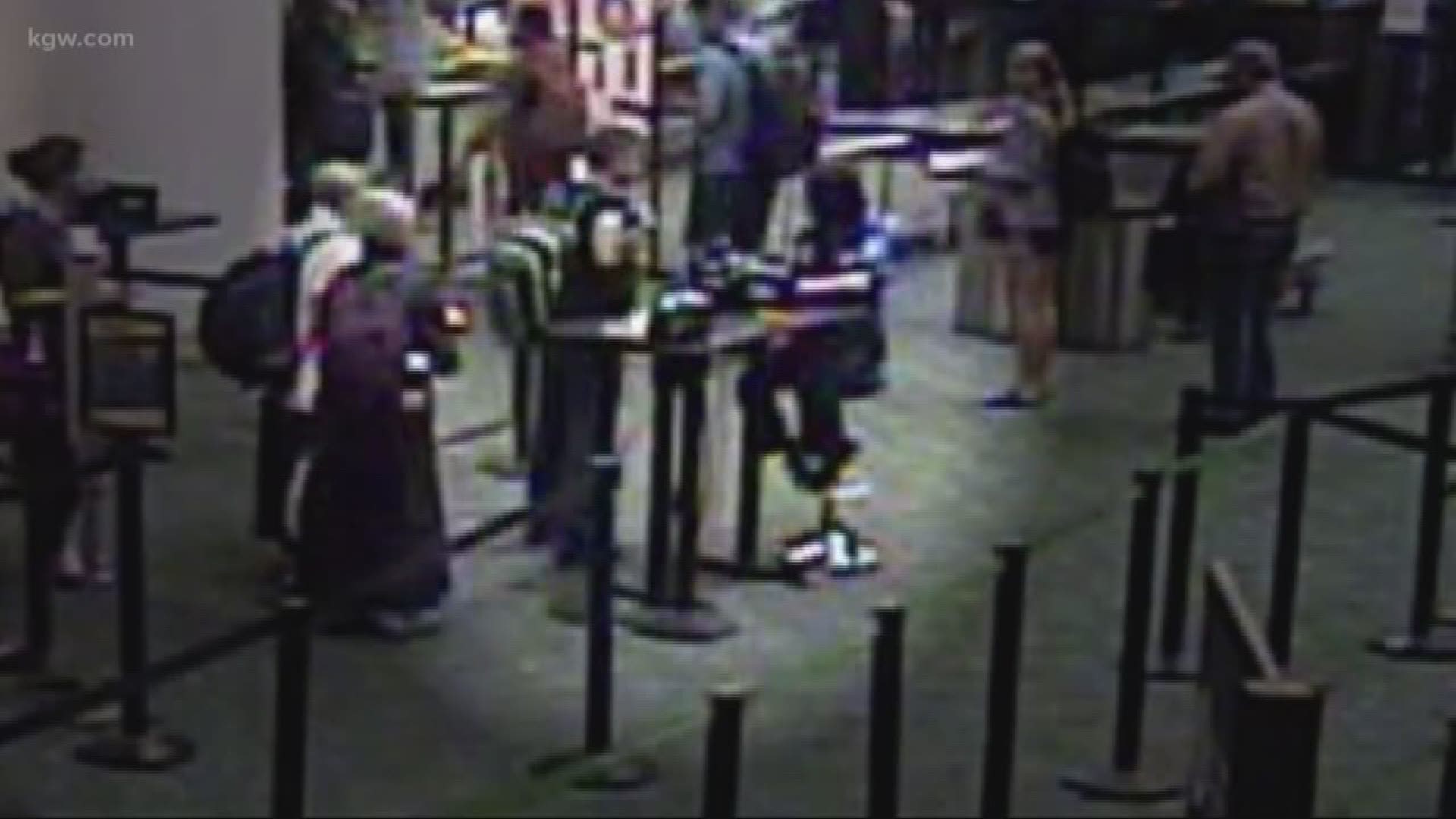 A fraudulent car ad featuring a 2008 Honda Accord began appearing in newspaper classifieds, the exact same photos and vehicle description scammers used to defraud victims two years ago. The advertisement described a 2008 Honda Accord EX-L with 72,000 miles, leather interior and sunroof for $2,000. Previous victims explained that the seller would respond to email inquiries by suggesting working through a third party to arrange payment and shipment of the vehicle. But once the money was wired or a payment made electronically, the seller stopped responding. Read more 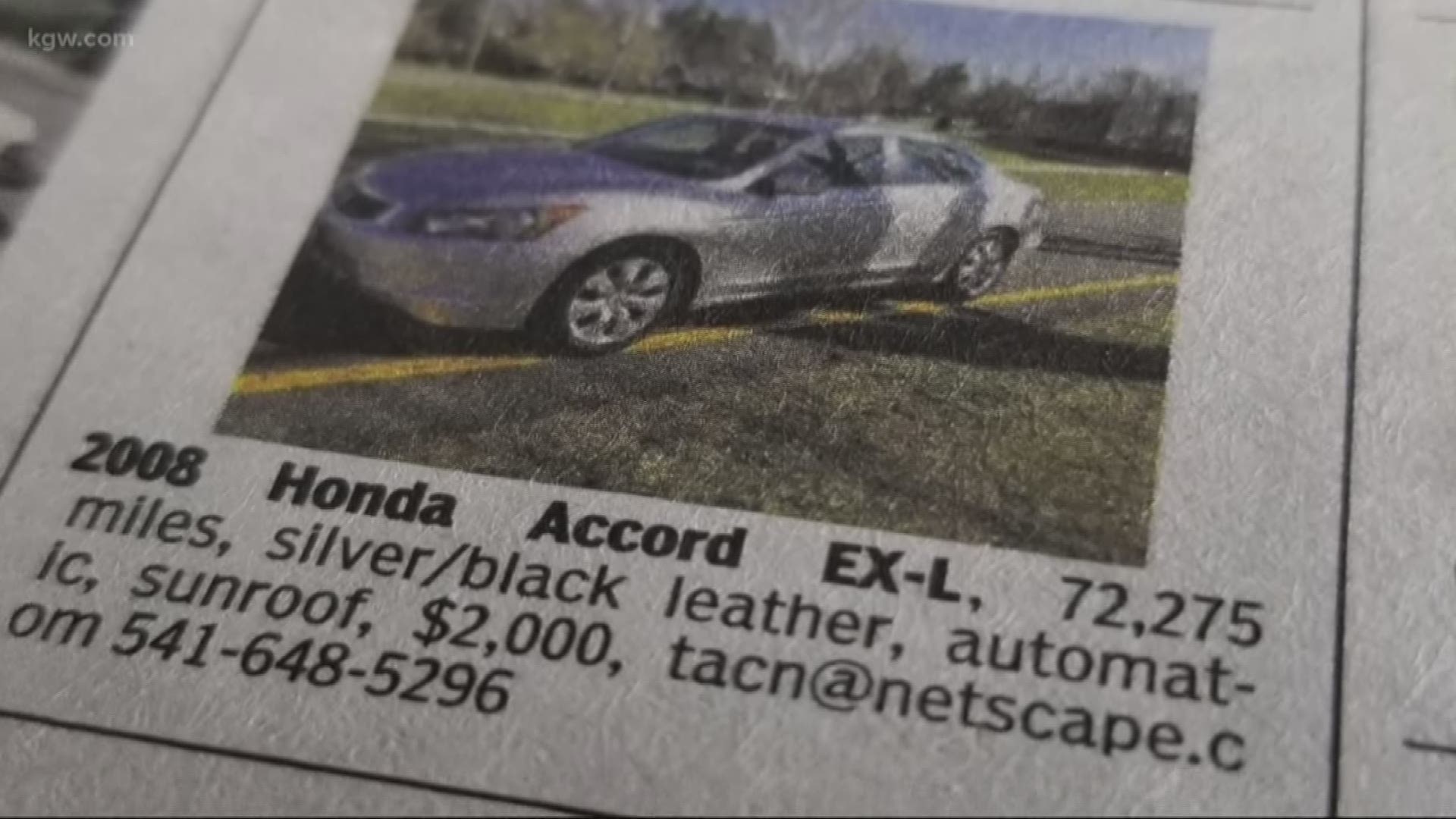 7. Consumer alert: Don't get wrapped up in the car wrap scam

Here's how one victim explained the scam: You receive a text message promising $500 a week if you put advertising for a company on your car. A few days after agreeing to the offer, a check for nearly $2,000 shows up on your doorstep with instructions to take the check to the bank and deposit the money. You're told you get get to keep part of the money, but you have to wire the rest to another company that will wrap your car. Days or weeks after you deposit the check and wire the money, the bank tells you the check bounced. You're on the hook for depositing a bad check and the crooks are long gone with the money you wired. The Better Business Bureau said it received a handful of complaints about the car wrap scam over the span of a few months. Read more 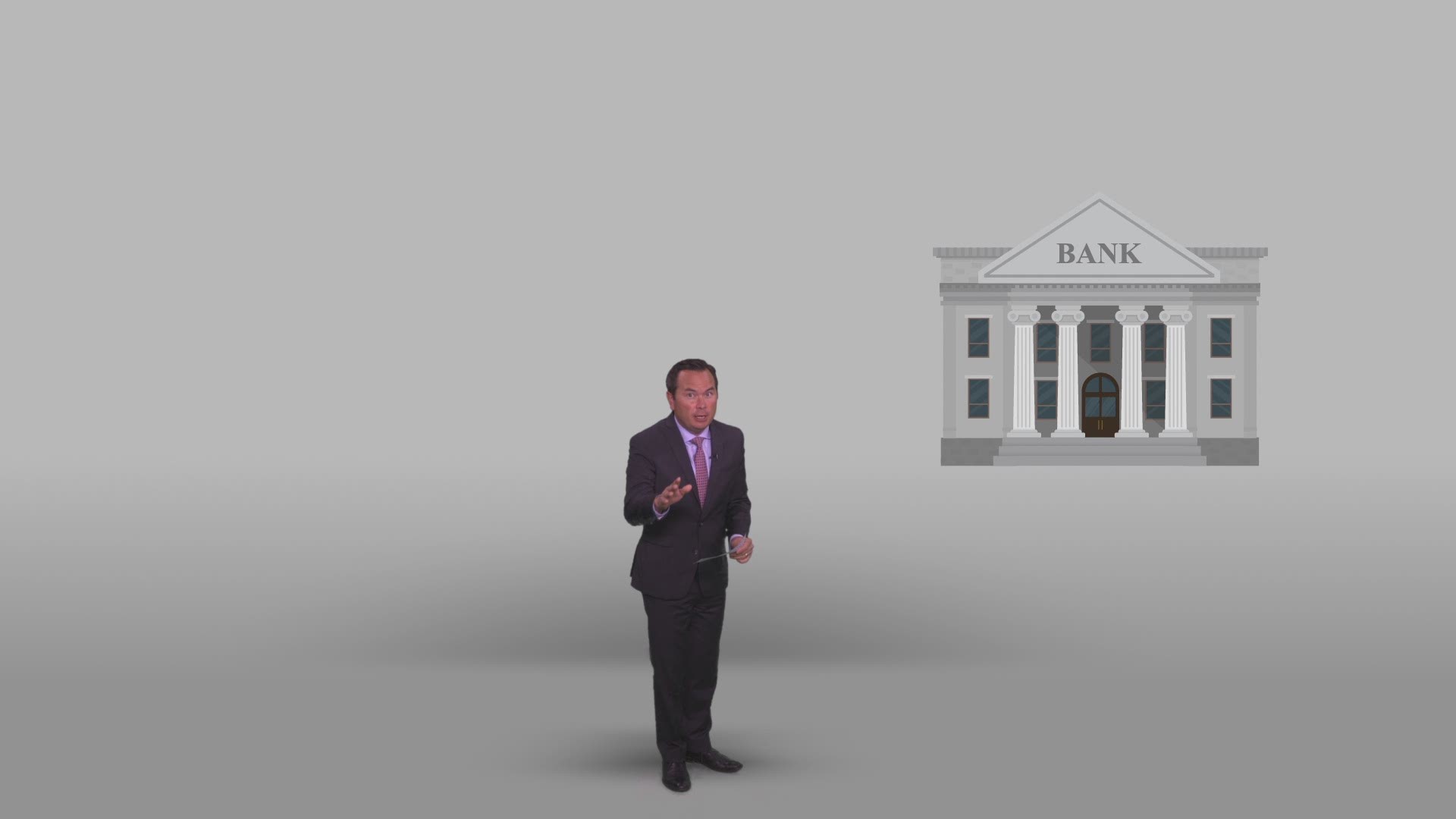 6. Look at the garbage we found in your recycling cart!

About 9 percent of what we put into our blue recycling bin is actually garbage, according to Metro. Things like dog beds, plastic bags and diapers don't belong in the recycling. These non-recyclable items, called contaminants, have to be sorted out at a recycling facility and then hauled to the landfill. It wastes time, money and energy. KGW collected six blue recycling bins from random neighbors, with their permission, of course. They dumped the bins into a huge pile and sorted the items, separating trash from recyclables. KGW found a sizable collection of plastic food containers, bags and dog poop that don't belong in the blue recycling bins. Read more 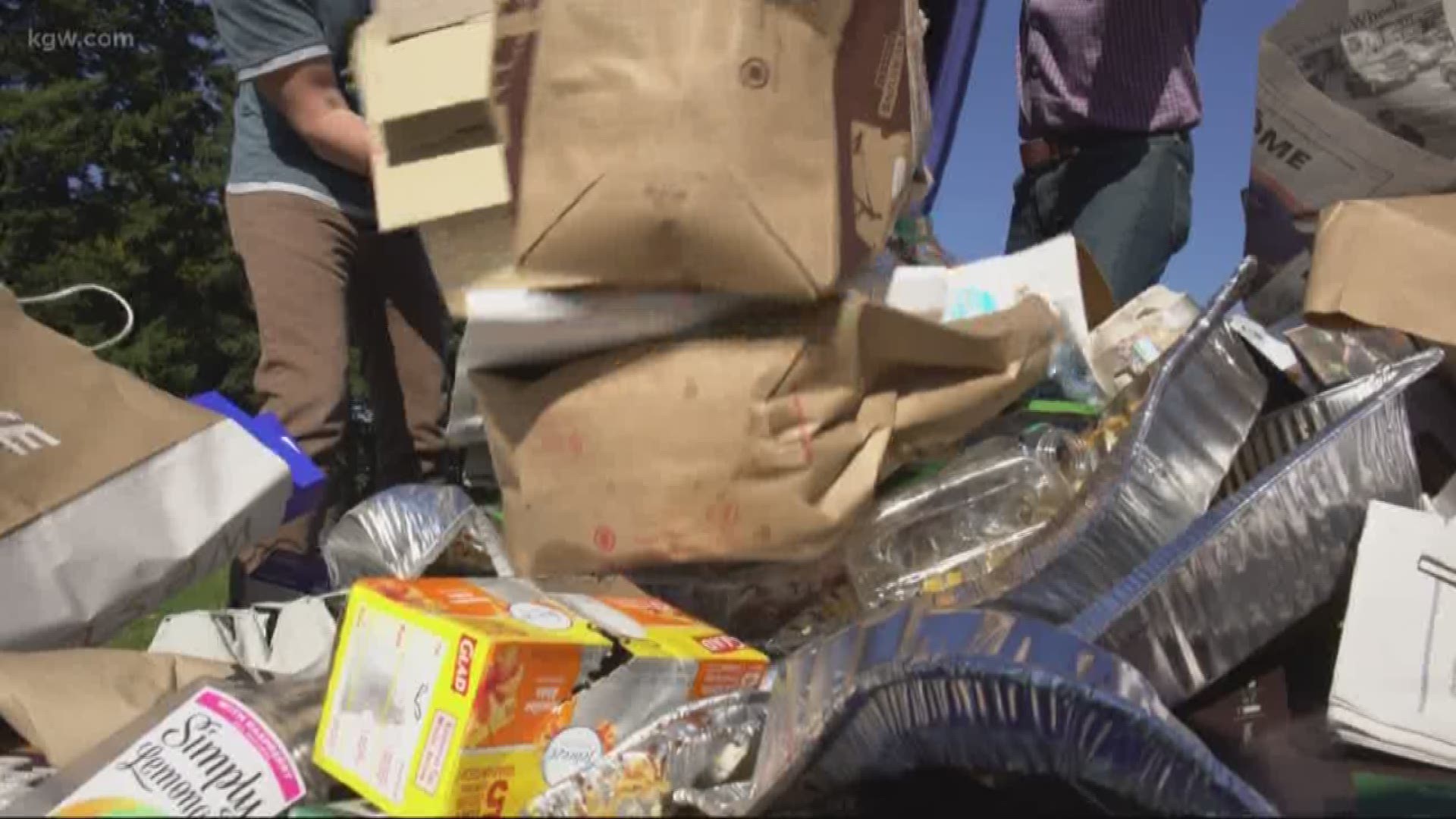 A group of squatters were evicted from farm and forest land they'd turned into a junkyard. The squatters evacuated the land but left behind a huge mess. The five acres on Southeast Music Camp Road, outside of Sandy, were littered with car parts, construction material and other debris. Clackamas County started receiving complaints about the property in May 2014. The Clackamas County Sheriff's Office was called to the property 62 times in two years before the eviction notice was issued. Read more 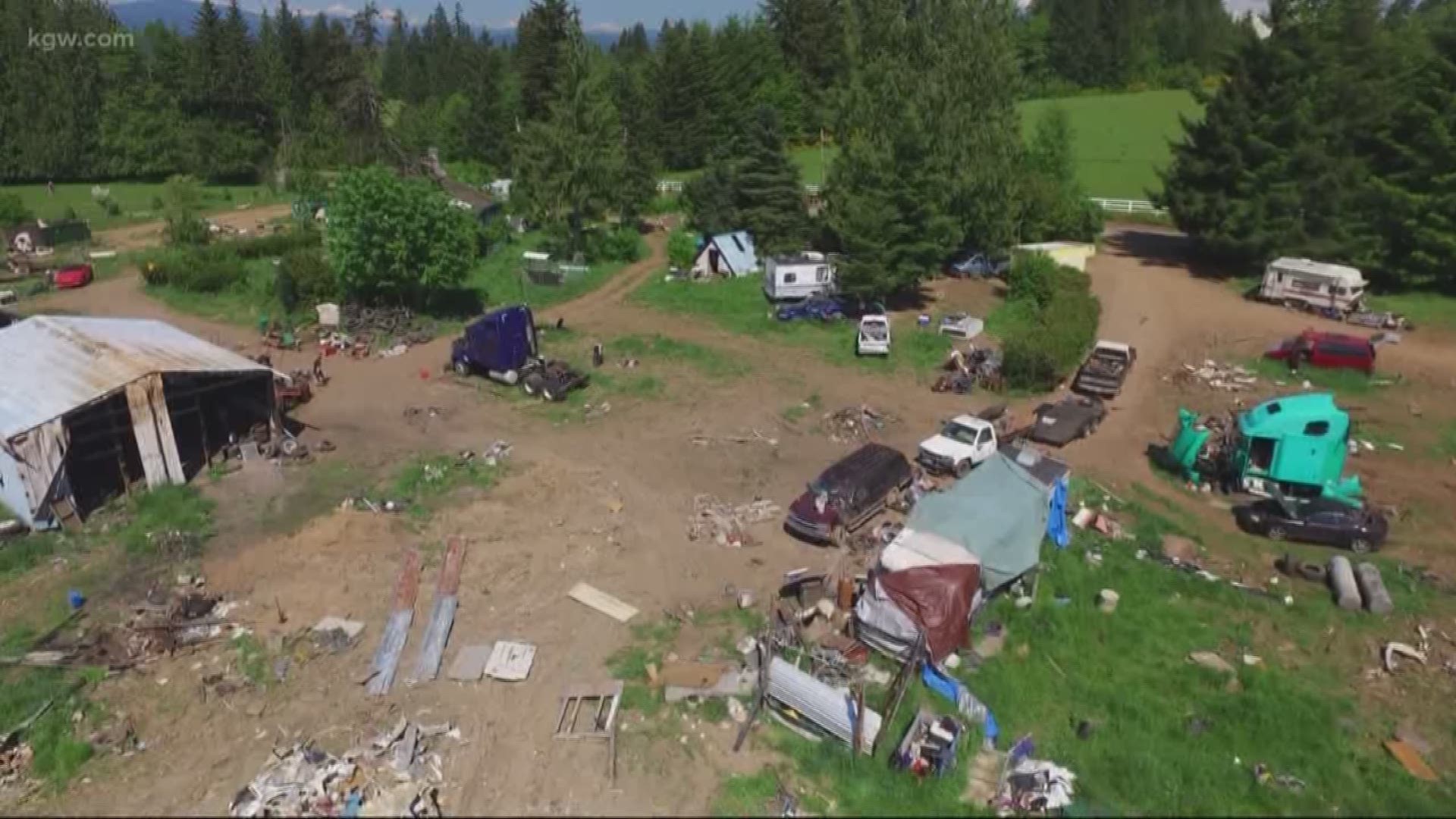 A Tualatin man, Shawn Stokes, got six traffic tickets and was blamed for a hit-and-run crash involving a car he had sold nearly a year earlier. KGW received complaints of similar issues from several consumers, getting unexpected traffic tickets, parking tickets and being blamed for towing fees involving cars they no longer own. Here’s the problem: When a car is sold in Oregon, the seller is responsible for telling the Oregon DMV. The form is called a Notice of Sale. State records will show the car has been sold, but that’s it. The original owners’ name won’t be removed until the new owner registers the vehicle. One way to avoid the problem? Remove the license plates when you sell the car. It's legal to do in Oregon and forces the buyer to get a new title, plates and registration. Read more 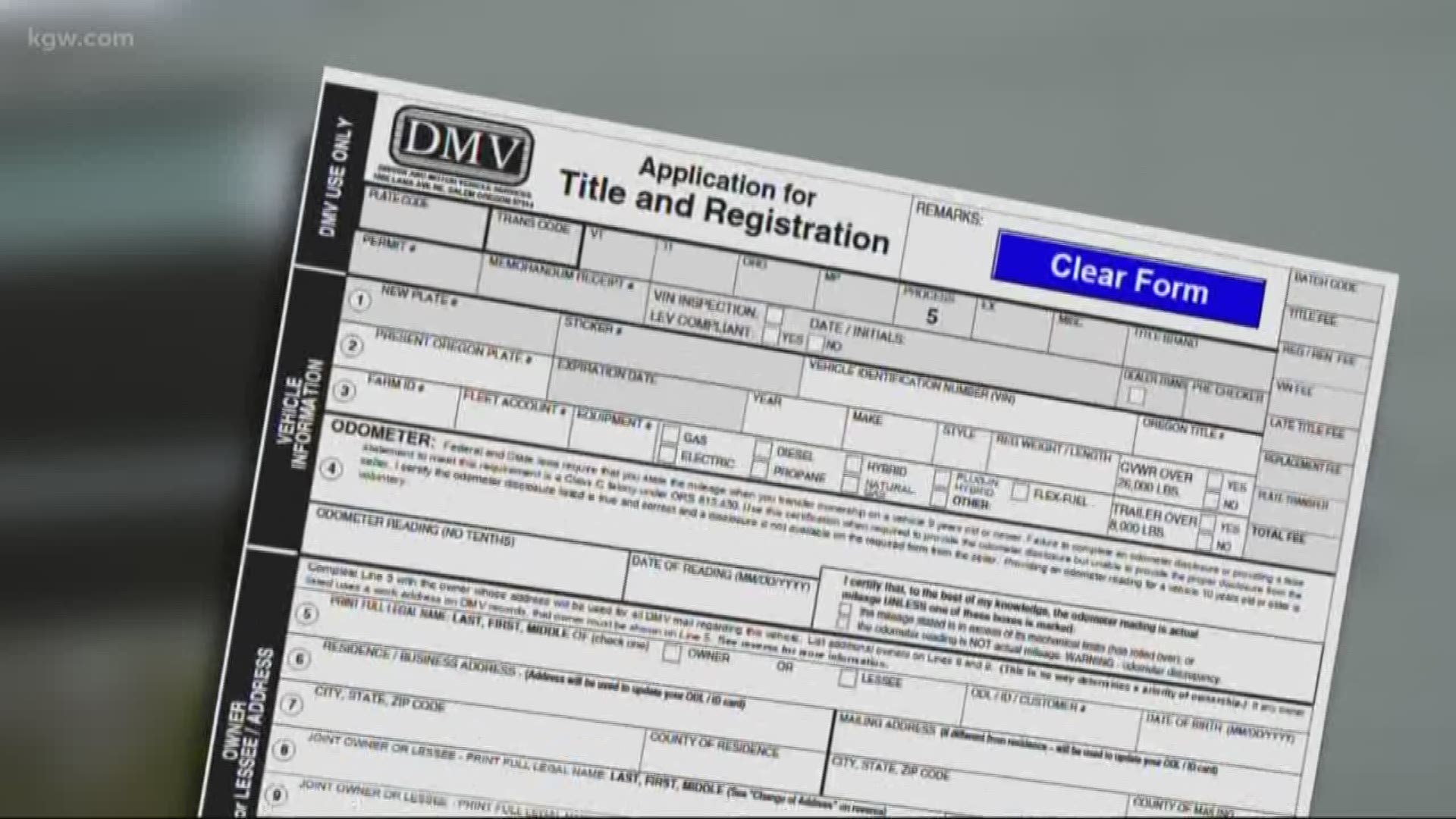 A Washington man was blindsided by a $693 bill for an out-of-network doctor that treated his wife at PeaceHealth Southwest Medical Center, an in-network hospital. Across the state of Washington, consumers are being stunned by surprise medical bills. Patients who have insurance can wind up with unexpected out-of-network bills, often resulting in hefty charges with little recourse. "It happens way too often," said Washington State Insurance Commissioner Mike Kreidler, who hopes to introduce legislation in January that will prevent this from happening. Read more 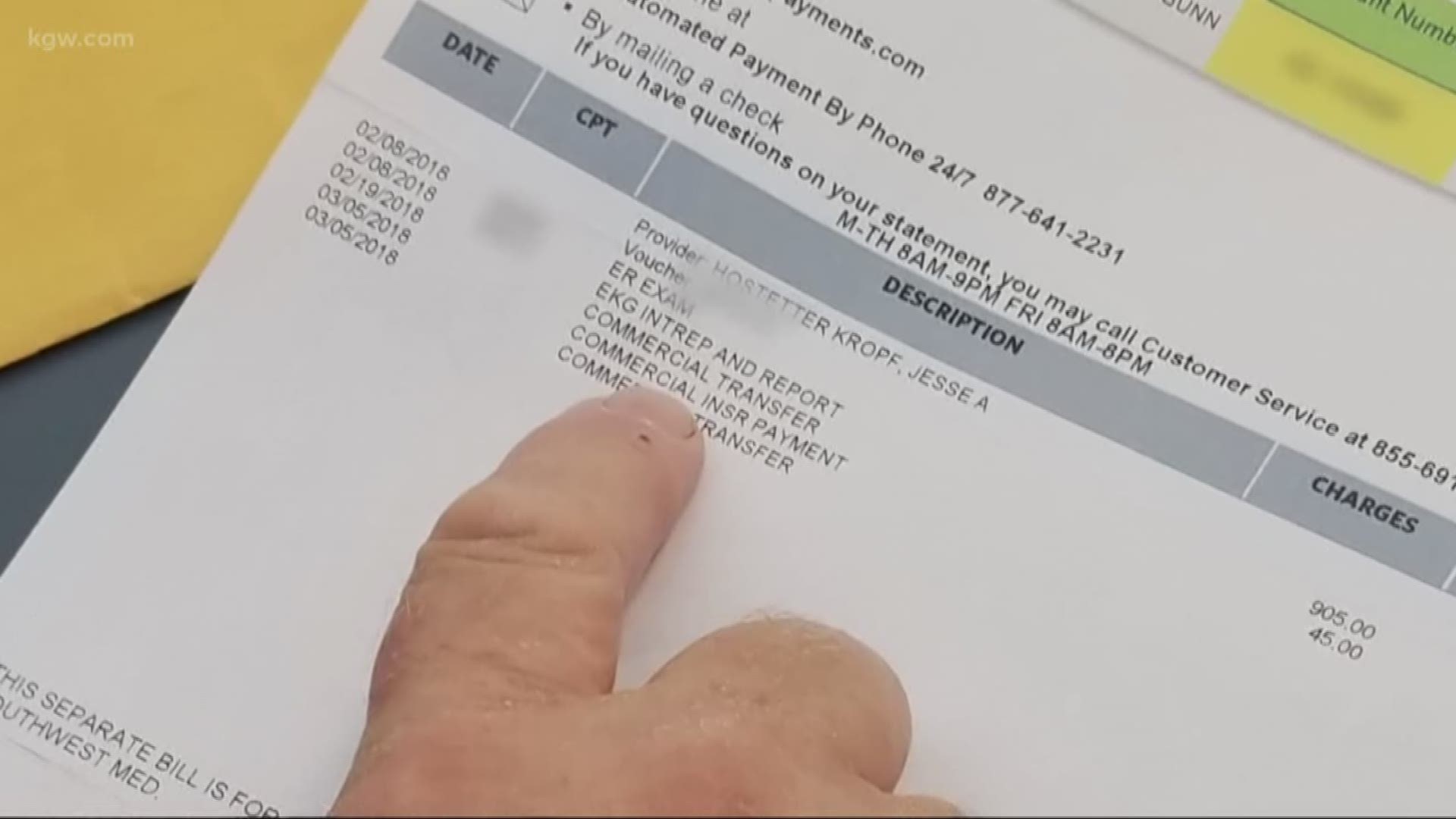 2. A special needs student assaults a teacher. Could anyone have prevented it?

Cianan Nelson, a Beaverton teenager with disabilities, went to jail for seriously injuring Helen Brown, his 60-year-old teacher. An investigation found the teacher was unaware of key details about the teen's condition before the attack. The singular incident shed light on troubling trends taking place at schools nationwide. Teachers report being assaulted by students at high rates, while special needs students are far more likely to be incarcerated than their peers. School districts have reduced funding for special education programs, and teacher advocates say many public schools don't provide proper training for teachers. Read more 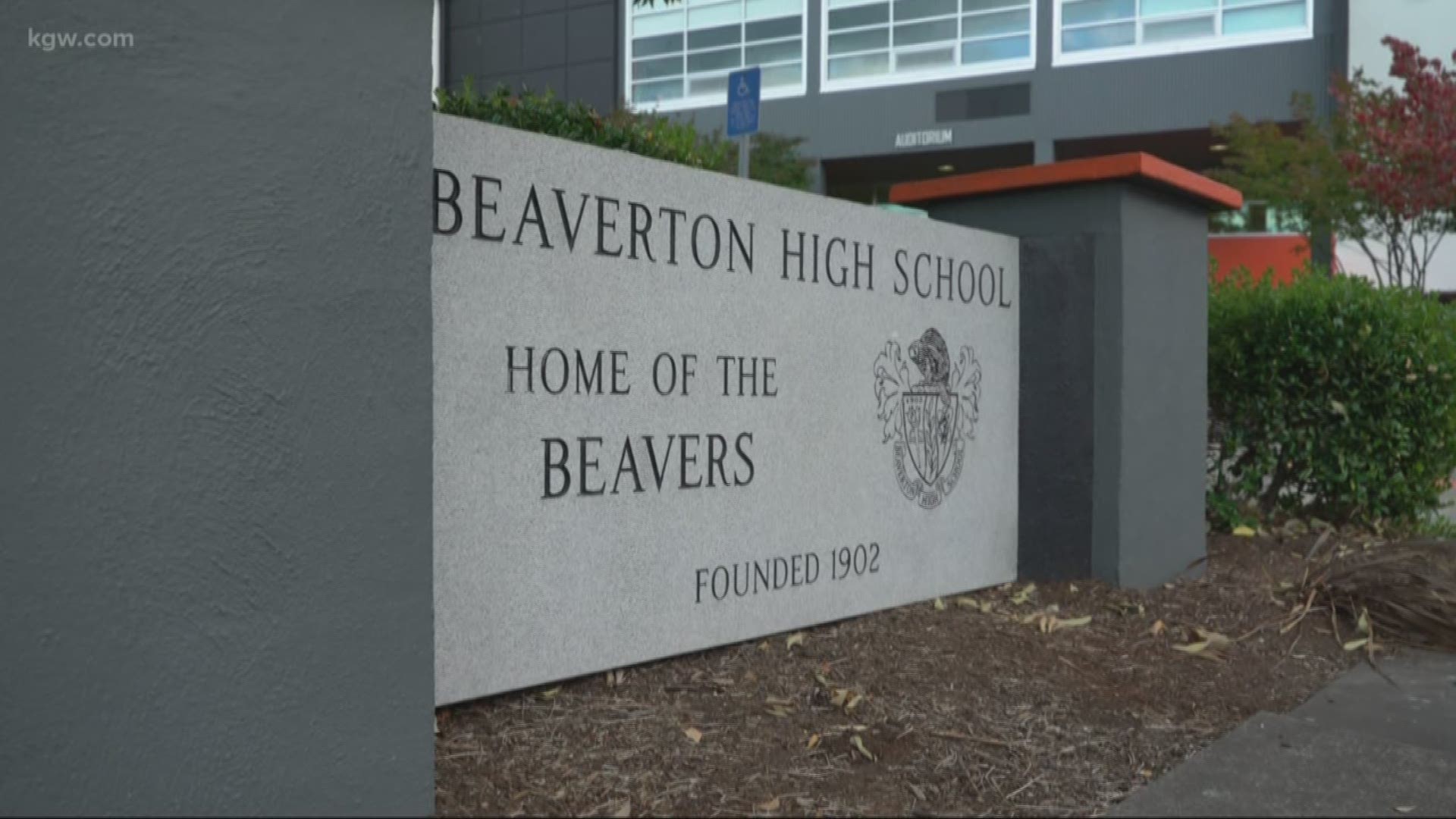 The state of Oregon is sitting on $600 million in unclaimed property. It’s your money. The unclaimed property comes from businesses like banks, insurance companies or former employers that can’t find you for one reason or another. Millions of people have money waiting to be claimed. Most claims are less than $250. KGW was able to help find several people with unclaimed money, including a Beaverton woman who will get a check for $102,495. Read more 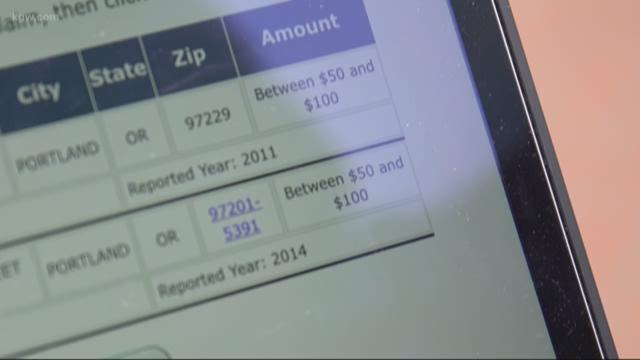 Here's more of what you watched, read and clicked the most in 2018: