WSU student's creative rap gets him internship on Fallon

It obviously got Fallon’s attention and he made the announcement on his show Wednesday night that he would be his new intern this summer. 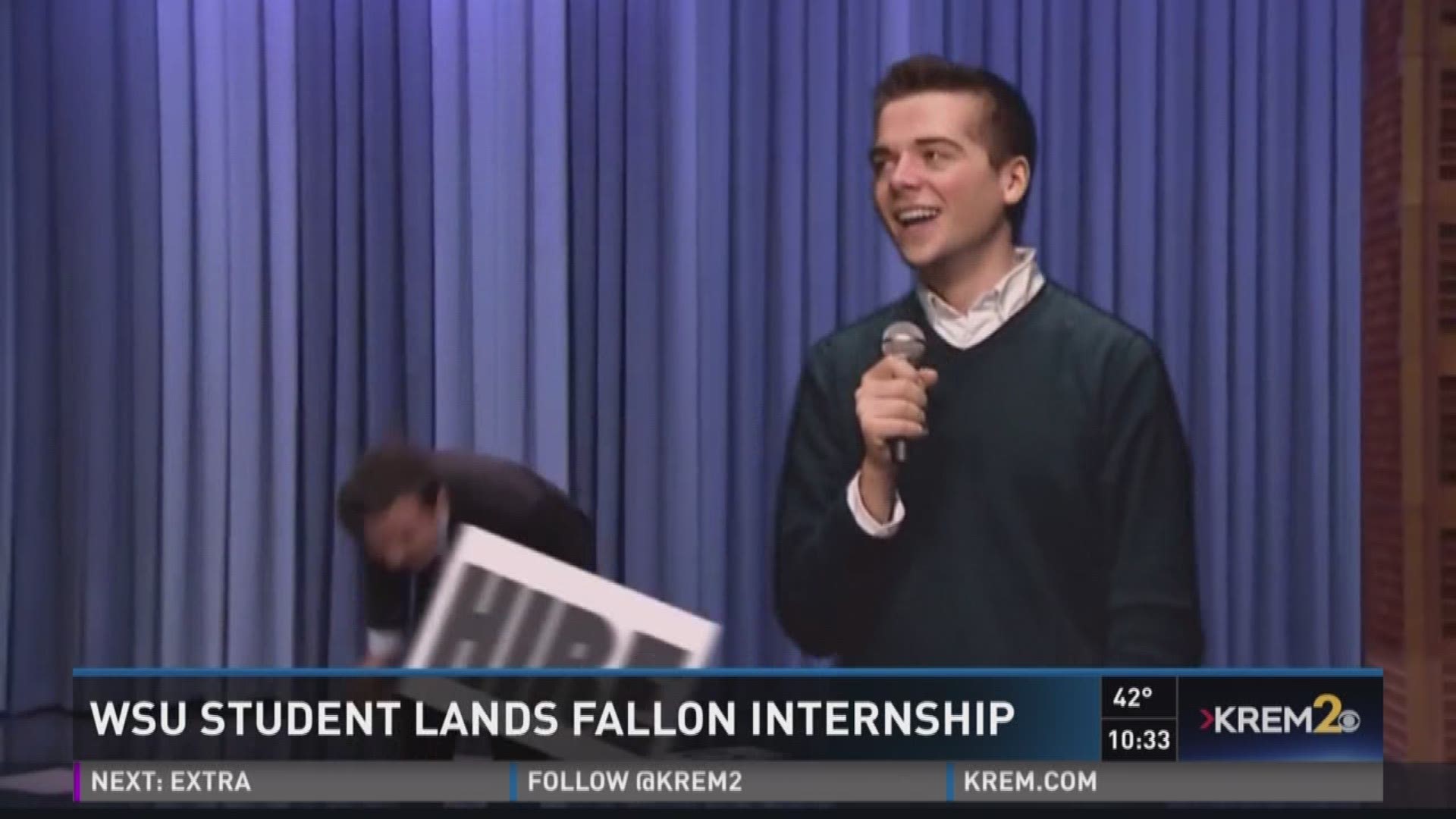 PULLMAN, Wash. – A Washington State University student is going to be an intern at The Tonight Show with Jimmy Fallon.

Jake Sirianni, a student at the Edward R. Murrow College of Communication, posted a hilarious video of himself performing a rewritten version of Blackalicious’ “Alphabet Aerobics.” In Sirianni’s version, he lists all the reasons he would be a great intern, plus some of the comedy writers and performers he looks up to.

It obviously got Fallon’s attention and he made the announcement on his show Wednesday night that he would be his new intern this summer.

This is how Sirianni hoped it would happen, but the way it played out on t.v. and social media left him speechless.

"It's really tough to put into words. Just to hear Jimmy Fallon say my name, I don't know how to express that," Sirianni said.

But Jake did not have any trouble expressing why he should be Fallon's new intern. So far, his video has more than 170,000 views and counting on YouTube.

Sirianni said the current Tonight Show intern also made a song as part of his application. He said that intern had remade his own version of the show open.

Sirianni took a week and a half to write the lyrics to his version of the song, shot the video of himself for three hours, and spent an "inordinate" amount of time editing it.

"I spent about 75 hours on it, the total project, and it was a lot of late nights," Sirianni said.

Sirianni said the project was top secret. He did not want a lot of attention or distractions ince he is usually behind the camera, working as the President and general manager of WSU's Cable 8 Productions.

Now, as Fallon's newest intern, his work at the University is paying off.

Sirianni said after graduating from WSU, he will likely go into editing but would love to be an executive producer someday.