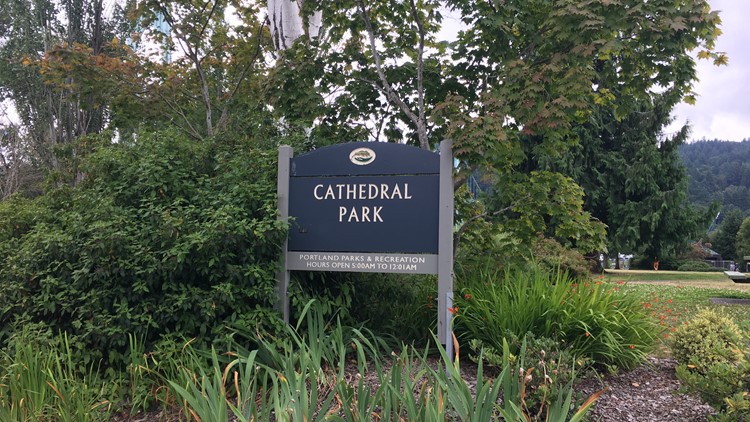 What's in a name? The history behind Cathedral Park

PORTLAND, Ore. — Nestled under the St. Johns Bridge is one of Portland’s most beloved parks. It’s a quiet place where commuters travel overhead on Portland’s only steel suspension bridge while visitors can walk through its cathedral-like arches.

It's interesting to note that the park was not part of the original design for the bridge. The park itself wasn't actually built and dedicated until the 1980s.

But, how did it get its iconic name?

Cathedral Park is believed to be one of Lewis and Clark’s 14 stops in the Vancouver-Portland area. According to the City of Portland website, William Clark camped there along with eight men on April 2, 1806.

It had also been a fishing spot for the local tribes in the area.

In 1847, James John, the founder of St. Johns, settled into the site and operated a ferry that traveled across the Willamette River to Linnton.

The land under the bridge remained largely undeveloped while public opinion of the area deteriorated with the 1949 rape and murder of 15-year-old girl, according to our news partner The Oregonian.

The city didn’t officially acquire the land until 1968.

The area under the eastern end of the bridge became a dumping ground. It was likened to a junkyard state until the 1970s when the then honorary mayor of unincorporated St. Johns organized a drive that raised $7.5 million to build the park.

After another eight years of community fundraising, along with state, county and city funding, the park was officially dedicated on May 3, 1980.

But how did it get its name?

The name for Cathedral Park was inspired by the cathedral-like arches from a photo taken of the St. Johns Bridge by Al Monner. The photo appeared on the front page of the 1968 issue of the Oregon Journal.