Along the 45-mile journey were hundreds waiting to honor the man who dedicated his life to protecting others. 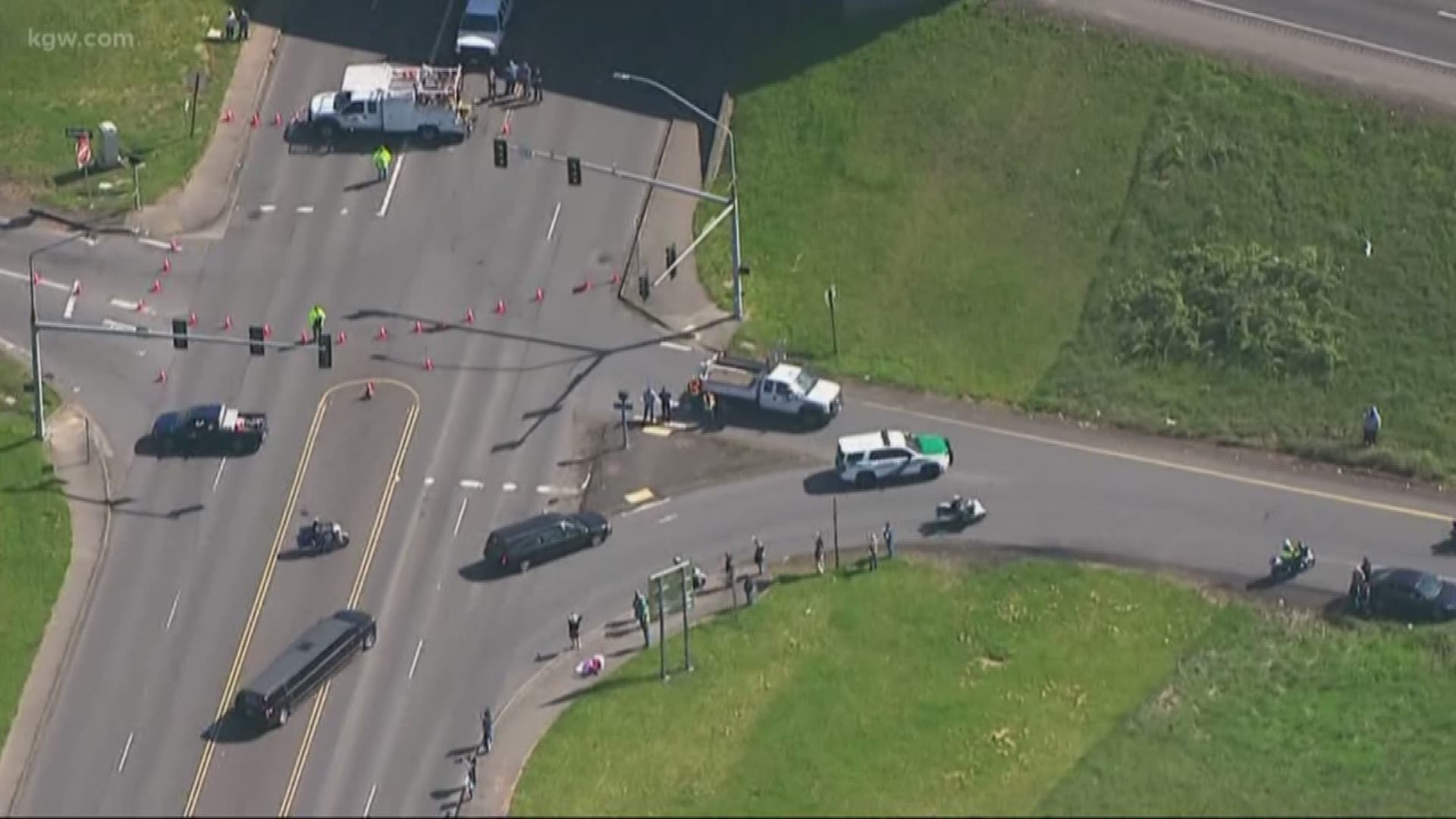 Officers on motorcycles led the way, escorting Deputy DeRosier’s body and his family, from Longview to Portland. Along the 45-mile journey were hundreds waiting to honor the man who dedicated his life to protecting others.

A hero, larger than life, the heart of a protector. Those are just a few phrases people used to describe him.

Andrew Christiansen went to high school with DeRosier and said, even then, he was someone who looked out for others.

“Always someone to put a smile on your face and know you could go to him and count on him for anything,” Christiansen explained.

So Wednesday, DeRosier deserved nothing less than a hero’s salute. DeRosier’s patrol car and a horse without a rider were part of the procession.

“It's an honor to be able to come,” said Seattle police officer Brandon Caille as he stood next to his horse named Justice. “We're one of the last remaining mounted units in the region. We use the riderless horse as a symbolic gesture of a downed officer.”

On the horse was a blanket with DeRosier’s name and boots facing backwards, symbolizing a rider looking back on his fellow deputies for the last time. Deputies and officers came from across the country to support his family and his department.

Credit: KGW
A blanket on a horse with DeRosier’s name

“It's amazing,” Angel said. “I mean we're from Longview where the DeRosiers are from and we don't always see it as that big of a town, but to see this big of a turnout from all kinds of places, I mean, we saw officers from Idaho, from Seattle.”

“Having the support here not only from the community, but all the partnering agencies, really, it means a lot to all of us,” said Washington State Patrol Trooper Will Finn.

No matter the badge, they were all family grieving the loss of one of their own.

“We love all law enforcement. We're always going to support you, and we're all family no matter where you're from,” Angel said.

More coverage of memorial and procession: