"It is time for me to move on and trust in the magic of new beginnings," she said. 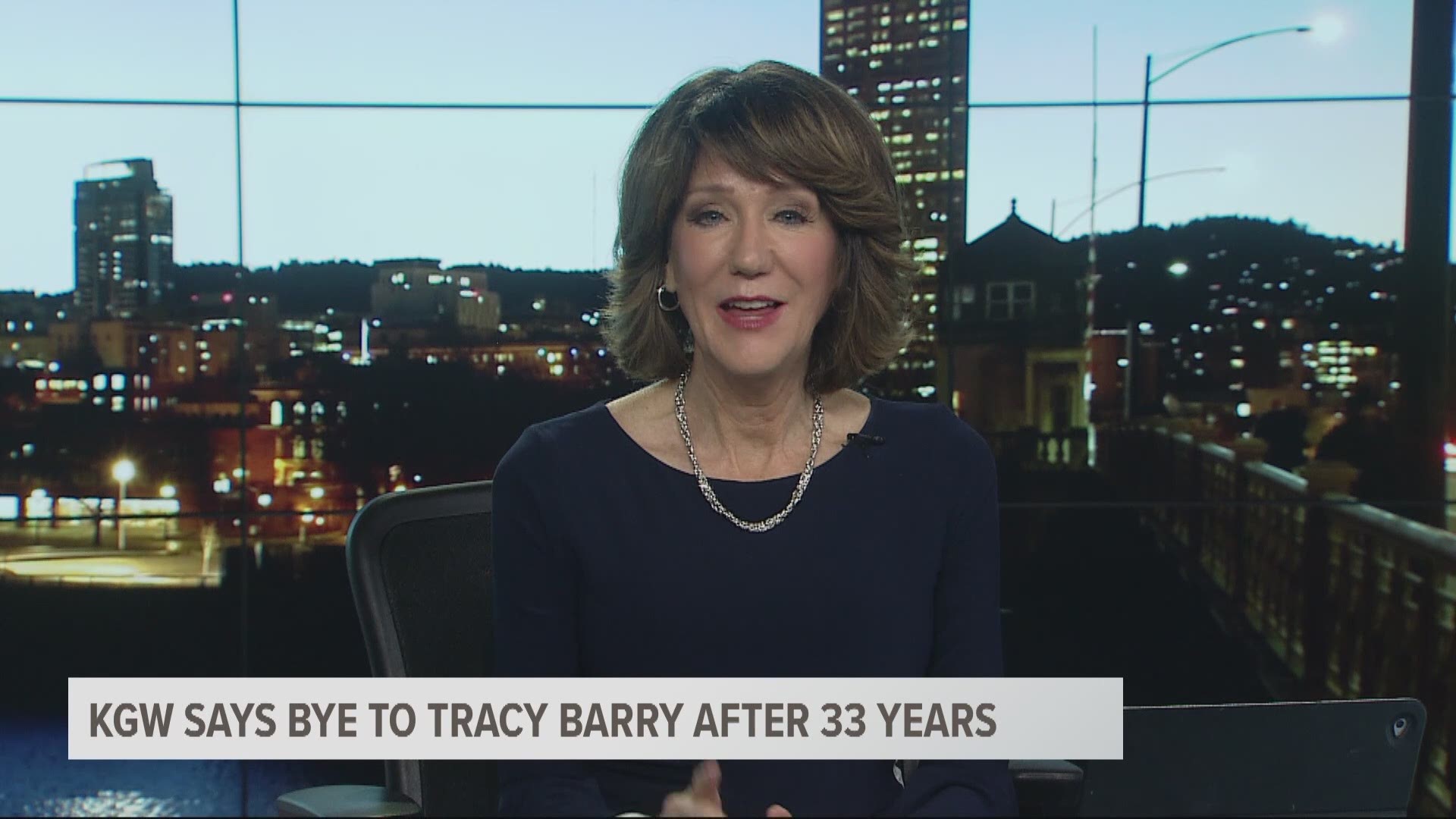 PORTLAND, Ore. — After 33 years with the station, KGW news anchor Tracy Barry marked her last day on Friday, capping one of the longest newscasting stints in Portland television history.

You can watch Tracy say goodbye during Friday's 6 p.m. newscast in the video above.

Barry announced her departure from KGW earlier in October in a Facebook post to her many fans. That post, which has attracted more than 1,700 comments, gave Barry a chance to share her feelings about her upcoming departure.

"It is time for me to move on and trust in the magic of new beginnings," she wrote.

"Thank you for lifting me up through the difficult days, and celebrating the true joys in my life. Thank you for the handmade baby blankets you sent me when we adopted our precious daughters, and for the words of comfort when my parents passed. It has meant the world to me."

"And make no mistake, I owe this incredible run doing the work I love, in a city I love, to your support. When people ask me who I work for…. As a journalist I always say I work for you."

Barry, a native of Gig Harbor, Wash., came to KGW in 1985 after a short time at KATU, also here in Portland. Before that, she also worked at KSTW in Tacoma, Wash., KTVB in Boise, Idaho, and KPVI in Pocatello, Idaho.

She graduated from Washington State University in 1977 with a communications degree and has been honored repeatedly over the past three decades for her journalism and storytelling.

From the KGW Archives: Tracy Barry anchors coverage of a 1989 winter snow storm: