Yes, your ceiling fan should spin counterclockwise if you want to feel cooler

With summer in full swing, spinning your ceiling fan in the right direction can help you feel cooler and potentially save you money. 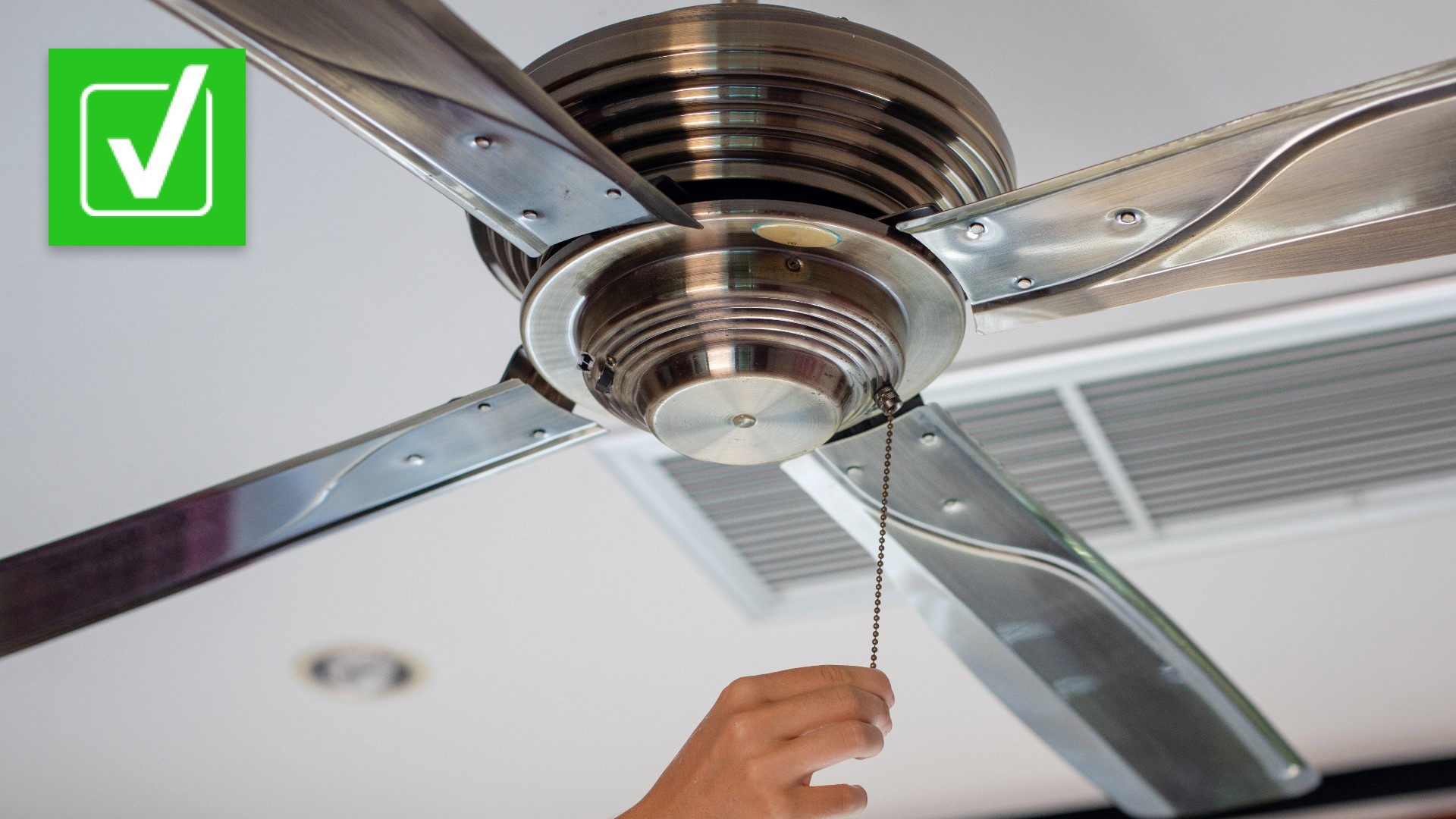 As the Pacific Northwest deals with record-breaking temperatures, the rest of the country is also gearing up for the heat as summer is now in full swing.

The CDC expects more extreme heat events in the future due to a warming climate. With that in mind, every little trick to help keep cool matters. One tweet, which was shared more than 100 times, suggested people make sure their ceiling fans are spinning in a counterclockwise direction for optimal cooling.

Reminder that your ceiling fan (most likely) spins in two directions and if it’s summer for you now, you should flip the switch on it so that the blades spin counterclockwise!

(Counterclockwise pushes air down to cool in summer. Clockwise lifts air / the heat for winter.)

Does spinning a ceiling fan in a counterclockwise direction help you feel cooler?

Yes, if you want to feel cooler you should set your ceiling fan to spin in a counterclockwise direction.

The U.S. Department of Energy (DOE) says circulating fans, including ceiling fans, create a wind-chill effect that helps people feel cooler, even though the fans don’t lower the temperature of the room.

“Ceiling fans are considered the most effective of these types of fans, because they effectively circulate the air in a room to create a draft throughout the room,” the DOE says.

But for optimal effectiveness, you need to spin your ceiling fan in a certain direction depending on the time of year, according to Home Depot.

“A ceiling fan should rotate counterclockwise in the summer, so the blades push cooler air down in a column,” Home Depot says on its website. “This is the best ceiling fan direction for air conditioning since it makes the air feel cooler than it is.”

However, in the winter, the fan should spin clockwise and run at the lowest speed.

“This pulls cool air up toward the ceiling, which in turn displaces the warm air that rises and collects near the ceiling,” according to Home Depot.

Not only does spinning ceiling fans in the correct direction provide a greater level of comfort, but it can also help save money.

“If you use air conditioning, a ceiling fan will allow you to raise the thermostat setting about 4˚F with no reduction in comfort,” the DOE says. “In temperate climates, or during moderately hot weather, ceiling fans may allow you to avoid using your air conditioner altogether.”

ENERGY STAR also points out it’s important for ceiling fans to be turned off when people aren’t in a room.

“Ceiling fans cool people, not rooms. If the room is unoccupied, turn off the ceiling fan to save energy,” ENERGY STAR says.

More from VERIFY: Yes, heat is historically the top weather-related killer in the US

VERIFY
Our journalists work to separate fact from fiction so that you can understand what is true and false online. Please consider subscribing to our daily newsletter, text alerts and our YouTube channel.  You can also follow us on Snapchat, Twitter, Instagram or Facebook.