VERIFY: Why Lincoln and Roosevelt's statues were targeted by protesters

Lincoln and Roosevelt's statues were toppled during the "Indigenous People's Day of Rage" protest in Portland. 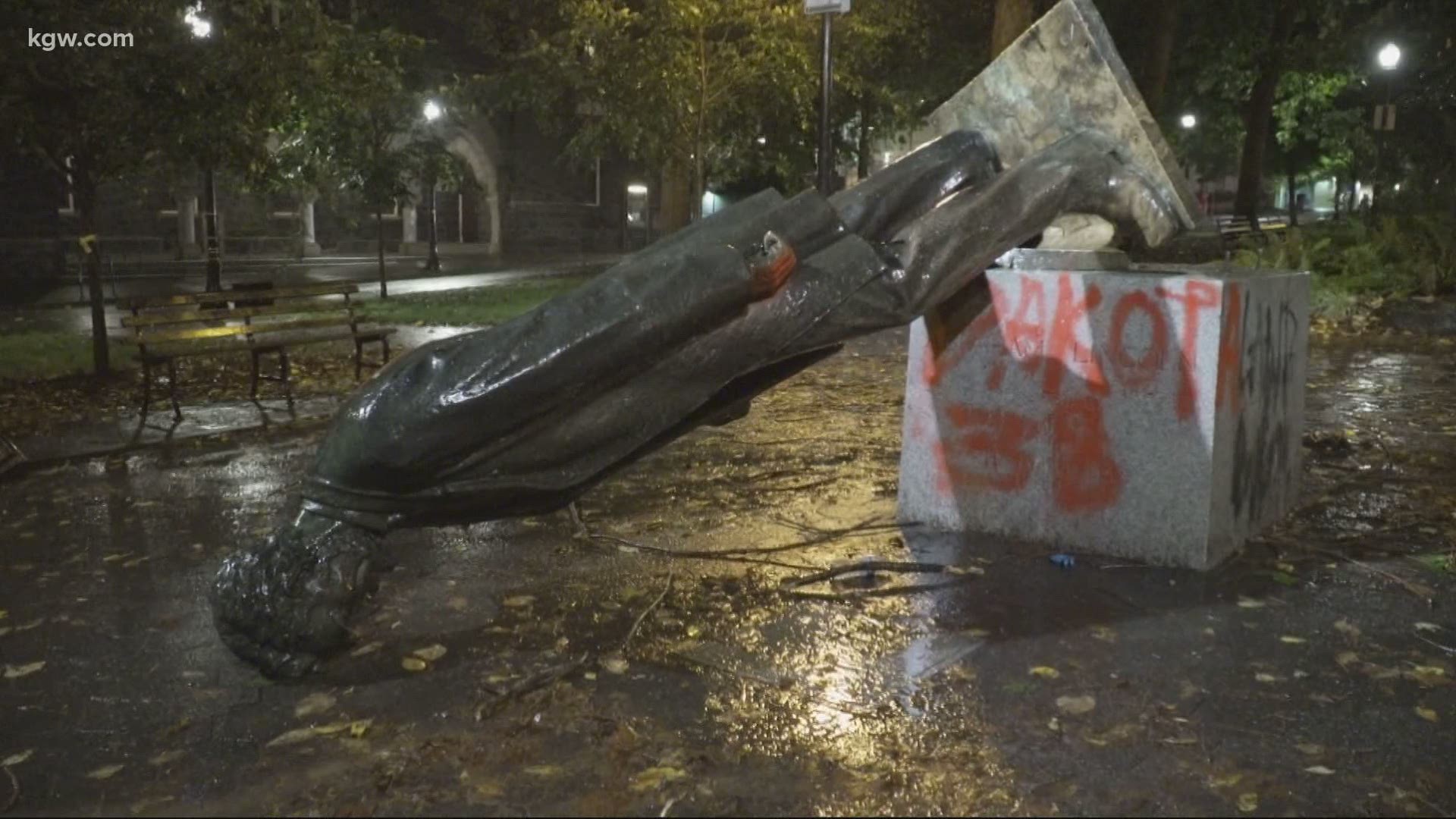 Both statues have been in Portland's park blocks since the 1920s.

Some viewers asked KGW's Verify team why the statues of Lincoln and Roosevelt were targeted.

Since 2017, Oregon and more than a dozen other states have recognized Columbus Day as Indigenous People's Day, a day to recognize the mistreatment of native populations after the arrival of Christoper Columbus.

Sunday was the first "Indigenous People's Day of Rage." 200 people marched in Portland and some toppled statues.

The Lincoln statue had "Dakota 38" spray-painted on its base referencing the 38 Dakota men executed in 1862.

Credit: KGW
Protesters toppled statues of Abraham Lincoln and Theodore Roosevelt and broke windows at the Oregon Historical Society on Oct. 11, 2020 in Portland.

According to historians, 303 Dakota men were captured and sentenced to death for their crimes against settlers. Lincoln approved the hanging of 38 Dakota men after a violent conflict with the white settlers in Minnesota. He later commuted the sentences of 265 of the men.

"And so for example, you know, Lincoln, is credited with freeing the slaves, but he wasn't particularly someone that had a very enlightened view of the capacity of African Americans," said Portland State University Professor Marc Rodriguez. "Today we might think that some of his views about Native Americans and African Americans were racist."

According to historians, Roosevelt said hostile and derogatory things about Native Americans including, "I don't go so far as to think that the only good Indians are dead Indians, but I believe nine out of every 10 are ..."

Roosevelt also passed policies, including the allotment system, where Native American land was allotted to those who became US citizens first and white settlers second.

"Roosevelt was a progressive, he did a lot of things when it came to government reform, but at the same time, he believed in what we would today probably refer to as white supremacy," said Professor Rodriguez referencing Roosevelt's beliefs in eugenics.

Do you have something you want us to Verify? Let us know. Email us at Verify@kgw.com