VERIFY: What does ACAB mean?

The letters were spotted on the Justice Center and around downtown Portland after demonstrations. 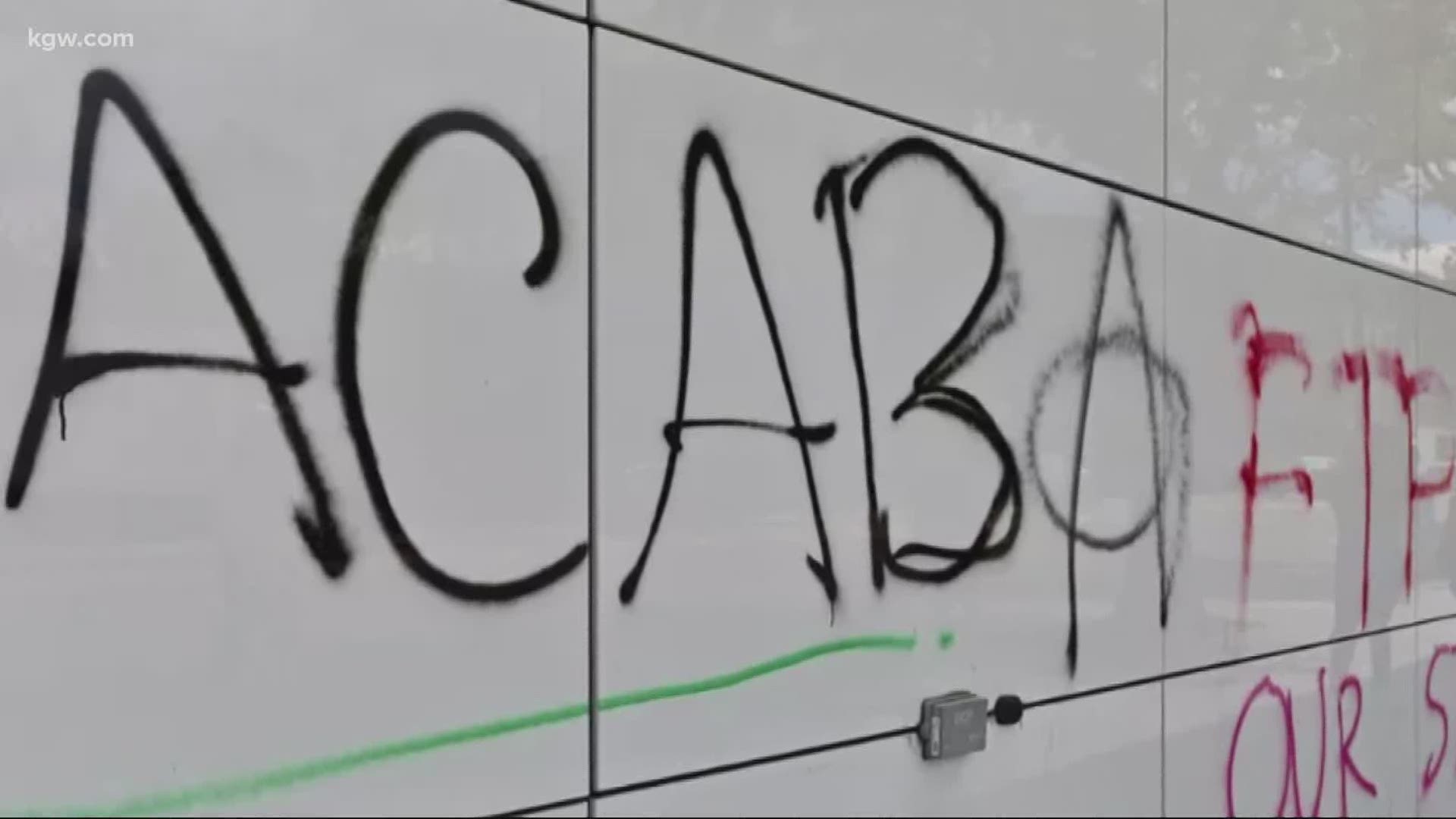 PORTLAND, Ore. — KGW's Verify team has received several messages from viewers about groups, graffiti, and other symbols spotted at the Portland demonstrations.

Viewer Maura Grace emailed asking "What's 'ACAB'? I keep seeing it in shots of the graffiti at protest sites around the country."

The letters were spotted sprayed on the US Justice Center after demonstrations in downtown Portland and on buildings and signs during protests in cities like Minnesota, Los Angeles and Washington, D.C.

The U.S. Courthouse in downtown Portland will require a lot of cleanup. Another night of destruction in Portland. @kgwnews pic.twitter.com/dyJTvlNemr

The New York Times recently used a picture of an anti-fascist demonstrator from Portland holding a shield with ACAB on it, in an article about Antifa.

KGW set out to Verify: what does it mean and where did it start?

Randy Blazak, a sociologist who studies policing issues and extremist issues, explains what the acronym stands for.

"ACAB has been kind of connected with the anarchist movement for a while in terms of the issues around police brutality. And it's an acronym for all cops are bastards, which is sort of meant at this point, I think, to reflect the perception that police are a subculture that reinforces some of the racist policing that we've seen," said Blazak.

The acronym reportedly started in the 1940s by strikers in the U.K. after run-ins with police.

The term has also been used as a way to protest capitalism.

After the death of George Floyd, the acronym has been seen all over social media and at demonstrations as a way to protest police.

"It's taken on a life of its own in the wake of the George Floyd killing," said Blazak. "It just becomes an easy acronym to vent your anger without looking at the complexity of what law enforcement is and what enforcing the peace is and the commonality that protesters and police officers may have."

The anti-defamation league said the acronym is used by both racist and anti-racist activists and should be carefully judged in the context in which it's used.

"It's just a way of simplifying things, which is a product of this sort of political division we're in right now where everybody kind of simplifies the other side, everyone has a handy slogan, to sum up the other side, without really looking at the nuances and the complexity and the commonality that we have."

Do you have something you want us to verify? Let us know. Email us at Verify@kgw.com

RELATED: VERIFY: Some rubber bullets have metal inside, are classified 'less lethal'