VERIFY: Were federal agents permanently blinded by protesters in Portland?

The claim has been made by the White House and Attorney General William Barr. An official with Homeland Security later said the officers' vision returned. 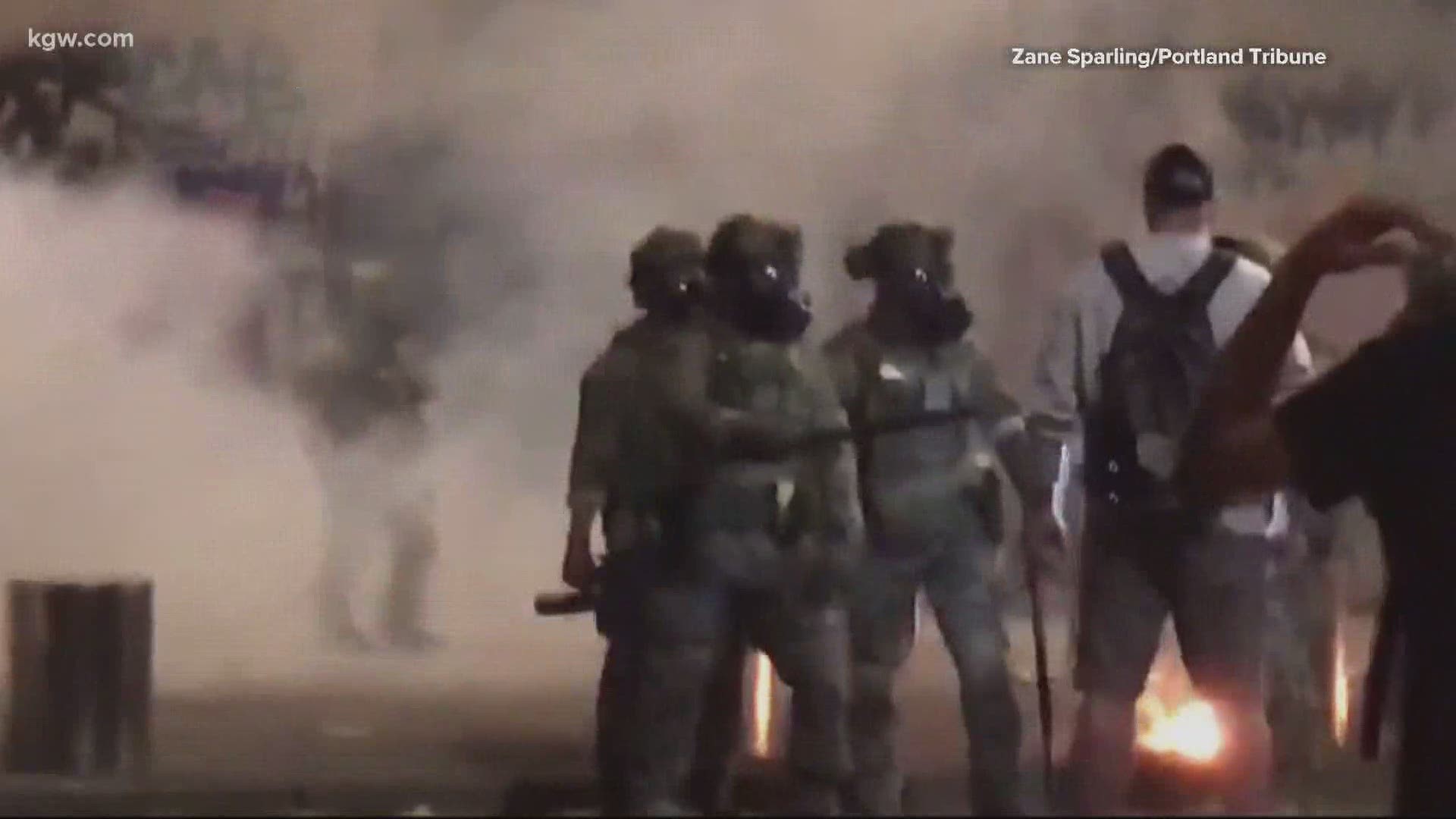 We first heard this claim in July when White House Press Secretary Kayleigh McEnany said three agents may have permanent vision loss after having green lasers shined into their eyes.

"And tragically, three federal officers were likely left permanently blinded by the rioters using lasers pointed directly at their eyes," McEnany said at a press briefing on July 24.

It was then repeated by Attorney General William Barr in a House Judiciary Committee.

"[Protesters] threw things, used explosives and injured police, and just this weekend, possibly permanently blinded people with lasers. We are on the defense. We are not out looking for trouble," said Barr.

The acting deputy secretary of the Department of Homeland Security, Ken Cuccinelli, later said in a U.S. Senate subcommittee on Aug. 4 that the blindness was temporary.

"We've had a number of officers who had days-long blindness. So far, they've all kind of come back, if you will," said Cuccinelli.

Cucinelli also said more than 250 injuries have happened to the more than 140 federal agents stationed in Portland.

So while officers have been injured, we can Verify that federal agents were not permanently blinded by lasers at the Portland protests.

Do you have something you want us to Verify? Let us know. Email us at Verify@kgw.com.