VERIFY: No, the Betsy Ross flag is not a symbol for hate groups

There are reports that hate groups have adopted that version of the American flag. A viewer asked us to verify whether that’s true. 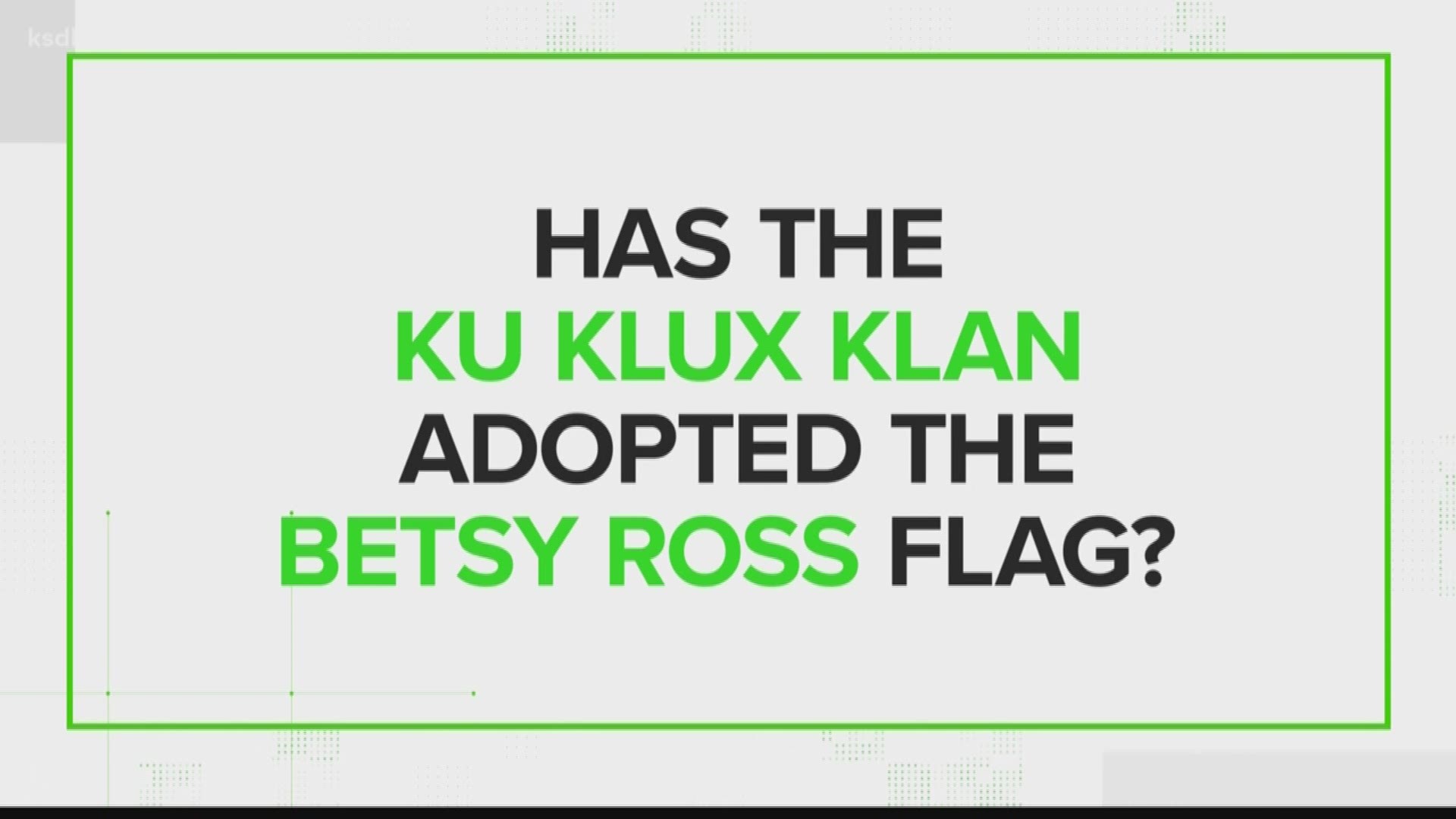 ST. LOUIS — Nike’s new shoes featuring the Betsy Ross version of the American flag won’t be coming to store shelves near us. Nike pulled them after NFL Quarterback Colin Kaepernick complained the flag could be offensive because it was created when our country had slavery.

There are also reports that hate groups have adopted that version of the American flag. A viewer asked us to verify whether that’s true.

We talked to Mark Pitcavage with the Anti-Defamation League. He's a historian, a senior research fellow and an expert on right-wing extremism.

Over the decades, there have been white supremacists who have displayed it or used it, just like they would do with other symbols or flags, but it’s not something they’ve adopted as one of their own,” Pitcavage said.

Pitcavage says the overwhelming use of the flag is patriotic. He calls it an "innocuous symbol."

The Anti-Defamation League keeps a database of hate symbols. They have 179 on the list, and the Betsy Ross flag isn't one of them.

We can verify the Betsy Ross flag is not a symbol for hate groups.

The Betsy Ross flag comes from the days of the American Revolution. It was one of the very first flags authorized by the Continental Congress, Pitcavage said.