At least one subscriber to TriMet's TransitTracker tool reported receiving a text response including an ad to join Scientology. 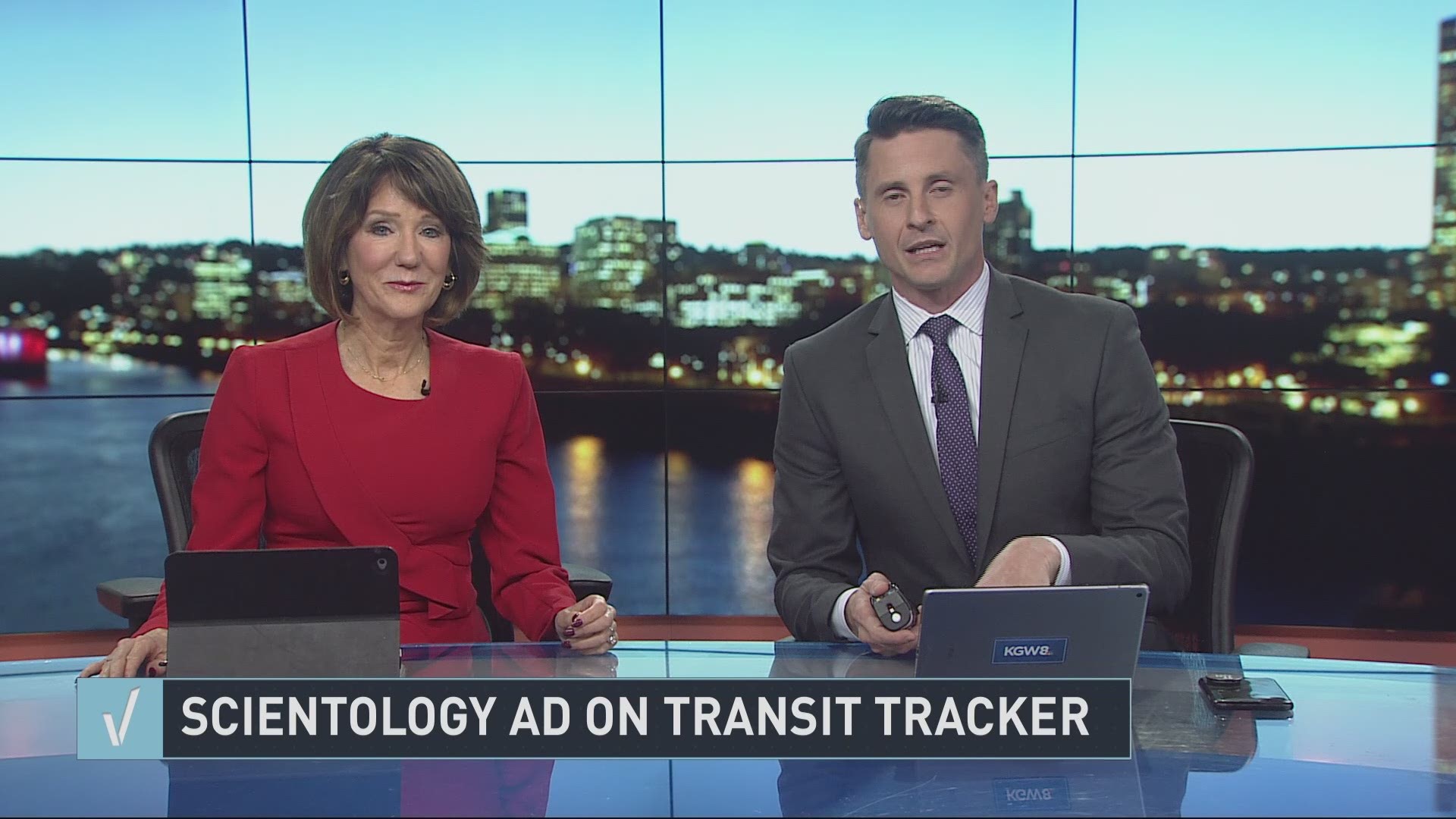 At least one person in the Portland metro area using TriMet's TransitTracker tool received an advertisement for Scientology.

KGW wanted to Verify: Did this text come from TriMet or was it a spam message?

To get our answer, we spoke with TriMet Media Relations and Communications Manager Roberta Altstadt.

The TransitTracker app is free to use; TriMet users can text their bus stop number to 27299 to get an estimate of a bus arrival time.

A TriMet user posted this message to Reddit Sunday afternoon, that includes a bus arrival time plus a short ad in the same text: "Curious about Scientology? Watch: bit.ly/SCIENTOLOGY."

A Twitter user also claimed they received the same ad, and said: "I am absolutely disgusted by the fact that your text message bus time system sent me an add about Scientology. Scientology is utter poison, spreads lies and bunk pseudo-science masquerading as self help. It preys on the depressed and weak. Please remove this sponsor."

Altstadt told KGW News the ad comes from a third party company called M2P Marketing, which provides the TransitTracker by text service free of charge to TriMet. The service includes ads "as a way for their company to make money." The tool has been in service since 2010.

Altstadt added TriMet is very limited on "what ads we are able to direct our advertising contractors not to accept."

This stems from the 2014 Oregon Supreme Court decision Karuk Tribe of California vs. TriMet, and also affects the transit agency's ability to restrict advertising aboard their buses and trains.

The court decision stated that since TriMet is a governmental agency, it can not reject ads based on their content.

"We do apologize if a specific ad made a rider feel uncomfortable and we will pass that feedback on to M2P Marketing," Altstadt told KGW News in an email.

We can Verify: Yes, the Scientology ad text message did come from TriMet's third party vendor that runs the TransitTracker tool. It was not spam, but part of an advertising campaign from M2P Marketing.