VERIFY: What's the latest on the vaping epidemic?

Multiple deaths and illnesses have been reported over the past couple of weeks, so we wanted to verify what the latest facts are about the epidemic. 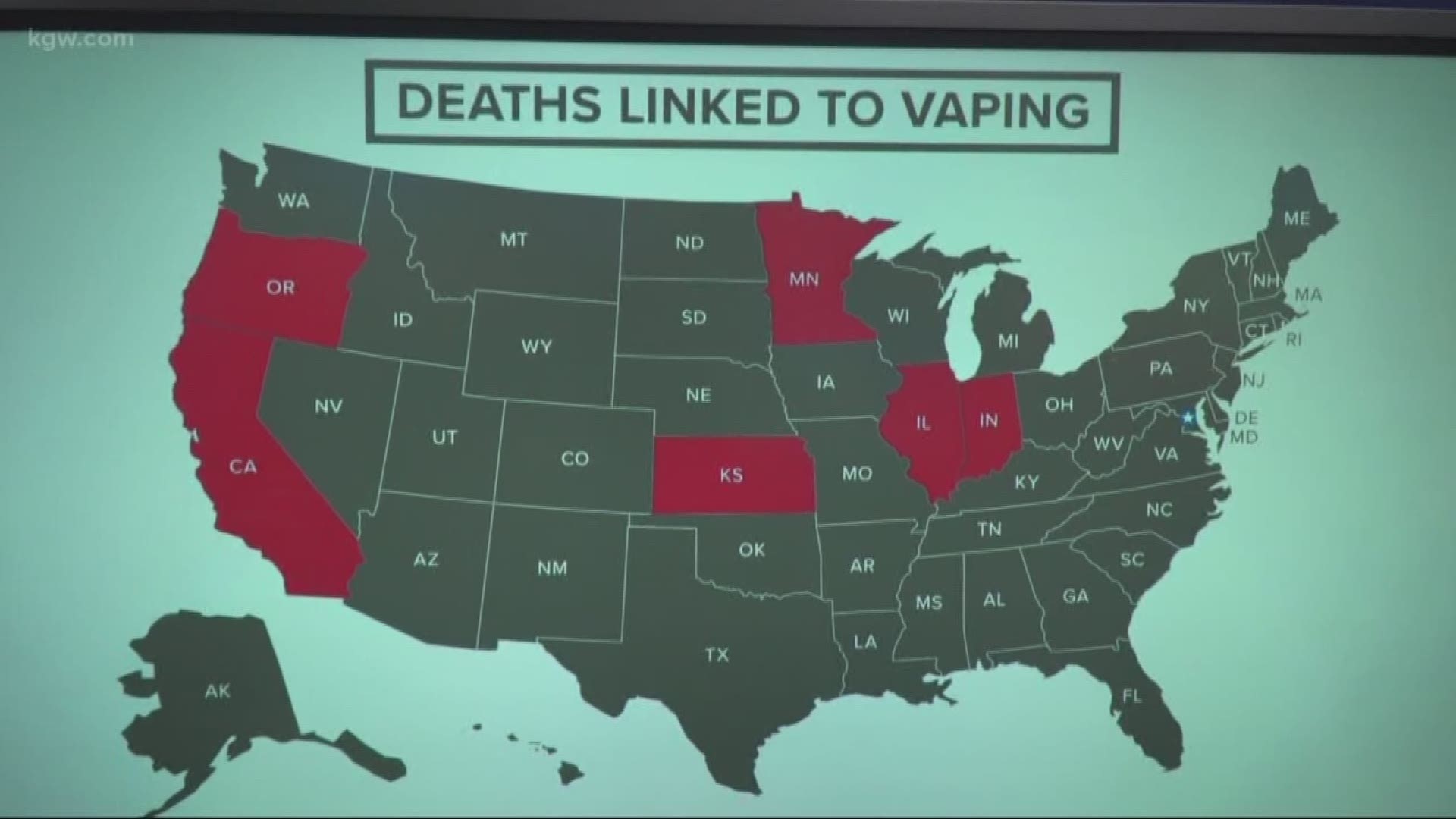 PORTLAND, Ore. — As of this week, four new cases of vaping-related illnesses have been reported in the Pacific Northwest; two in Spokane County, Wash. and two others in Oregon.

In total, Oregon has seen four vaping-related illnesses. One of those patients passed away.

Across the country, there have been a total of seven deaths, including the most recent which was reported in California.

Credit: KGW
Seven vaping-related deaths have been reported as of Sept. 17, 2019.

The Centers for Disease Control have been monitoring the epidemic for several weeks now, and numbers of those sickened with vaping-related illnesses has fluctuated. The most current number sits at around 380 cases.

RELATED: 'The bottom line is vaping is not safe': Washington health officials looking for cause of vaping illnesses

The CDC has created an Emergency Response Center specifically focused on the investigation of these illnesses.

Credit: KGW
More than 380 cases of vaping-related illnesses are being investigated across the country.

According to the FDA and the CDC, "many" of these cases have involved vaping cartridges laced with THC oils. This includes the death of an individual in Oregon, who purchased their cartridge at a legal dispensary.

RELATED: Ask a doctor: What to know about vaping after 7 American deaths

Even though many of those cases have been connected to THC, the CDC can't say for sure THC cartridges are fully responsible for all deaths and illnesses.

Several entities throughout the country have decided to ban e-cigarettes or flavored cartridges.

Pres. Trump announced he would place a national ban on flavored e-cigarettes, but there's no timeline for that ban.

Lastly, because the CDC has no concrete cause of what's causing these deaths and illnesses, they recommend you stop vaping immediately.