A big shelter project in Vancouver got a $5 million boost. The state of Washington just put the money into buying a hotel being turned into a homeless shelter. 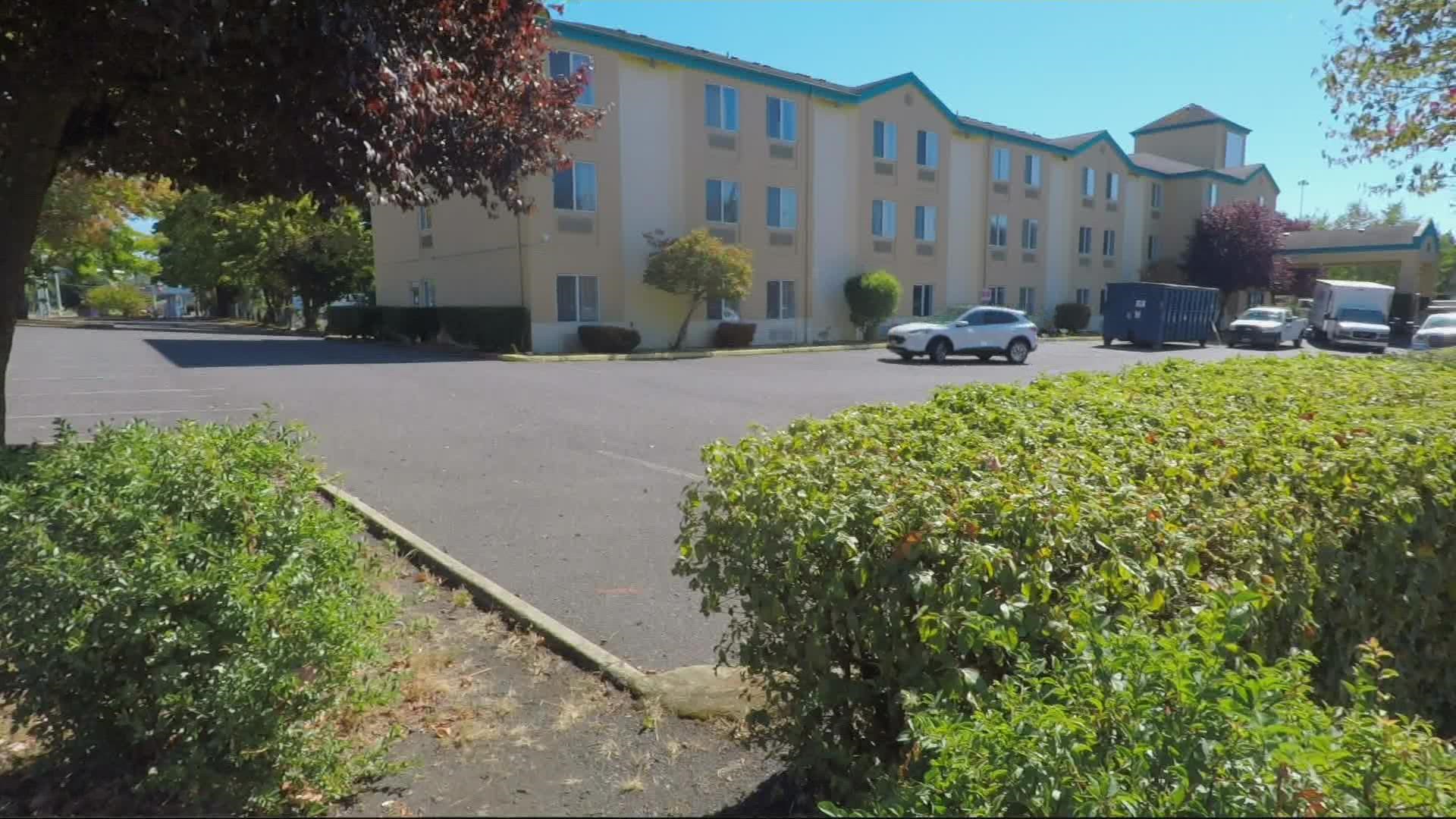 “This is going to be great for the community,” said Vancouver Housing Authority Development director Victor Caesar. “Some of the neighbors in the mall had some concerns initially but I think we have really worked with them and set up some good neighbor standards to get to a place where everyone can be happy.”

Caesar explained that the transformation project has been developed since March, to turn the 62 hotel rooms into shelters for people without a home.

“A drop in the bucket but every bed helps in the community, and I think folks are driving all around the community and they can see we have a homeless crisis right now.”

A $5,000,000 grant from the Washington State Department of Commerce covers the cost of purchasing the property, allowing other funds to pay for construction, and then operating costs for the next few years.

Right now, workers are putting a floor over the old swimming pool to make it a community room, there is a new fire alarm system, a hot water system, and reconfigured rooms.

“And then we did some improvements to the ADA (Americans with Disabilities Act) rooms, they were ADA back in 1998 so we're bringing them to 2021 ADA standards, so a lot of renovations there so we can serve the most folks,” said Caesar.

RELATED: Homeless camp near Cleveland High School will be cleared after parent complaints

The Howard Johnson colors will remain for now. But of course, the name will change, to honor a Black school teacher who moved to Vancouver in the mid-1940s, and made a difference.

“The name of the place is Bertha Cain Baugh’s Place, which is named after one of the founding members of the NAACP of Vancouver," said Caesar. Baugh died in 2017 at the age of 99.

And despite the pandemic slowing down supplies getting to the site, contractors believe they are on target to get the shelter project completed and have people moving in by early November.

Bertha’s Place will be run by Catholic Community Services of Western Washington.