It happened around 11 a.m. at Speedway RV Center. 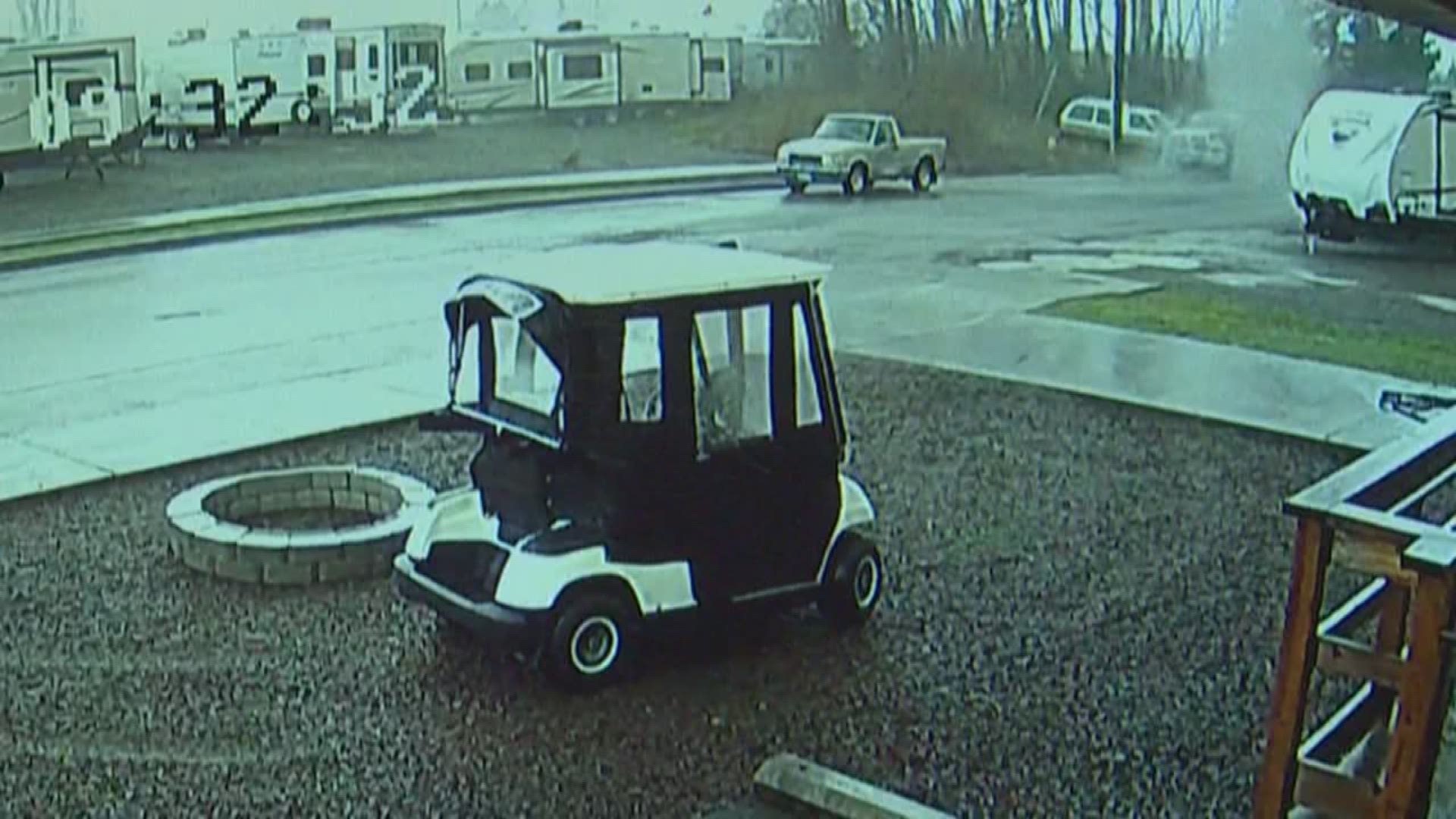 The tornado tipped over two RVs onto their sides, one of them weighing 7,800 pounds, and crushed a nearby car. There were no immediate reports of injuries.

"It was like hell," said Speedway RV worker Noah Kimball, who raced across the RV lot for the office to find shelter. "It was panic. I didn't know what was going on. I didn't want to be inside one of the trailers because I saw they were about to tip over so I just ran as fast as I could."

The maximum wind gusts in an EF-0 tornado range between 65-85 mph, according to KING 5 Meteorologist Ben Dery. It's the lowest on the Enhanced Fujita (EF) tornado scale.

Related: How is it possible to get a tornado in Monroe?

The tornado touched down around 10:30 a.m. at Speedway RV Center, about a mile south of the intersection of Highway 522 and Highway 2. Security cam footage shows what appears to be a thin tornado moving through the lot, knocking the RV trailers over.

Speedway RV workers were in shock by the aftermath.

"They said that a trailer went over, and then a second trailer," said Speedway RV worker Tyler Muchoney. "I stepped out and was like, aaagh, my car!" 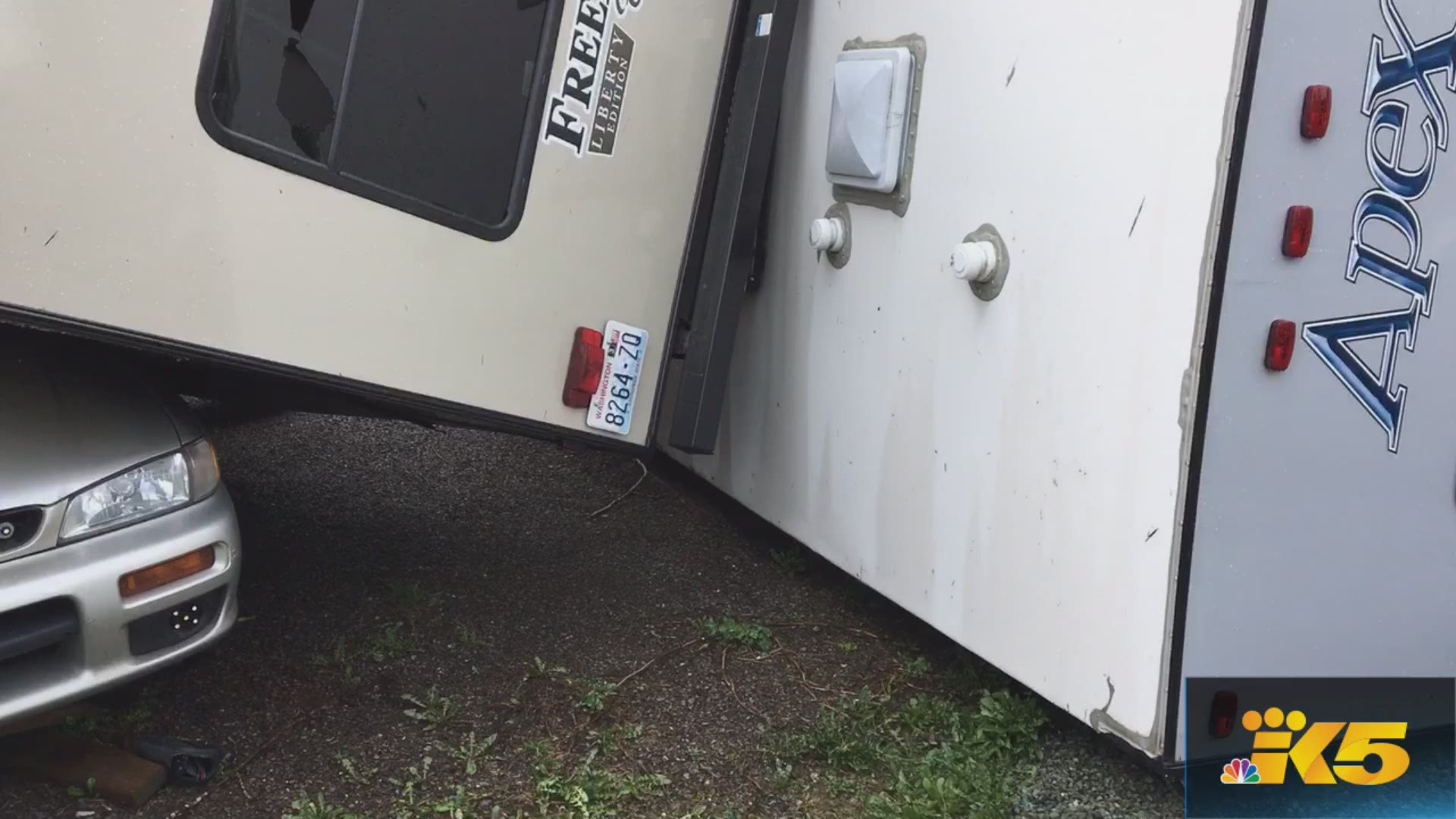 On a typical day, Muchoney would've been sitting in his car taking a break, but he had extra work to do and decided to put his break off.

Minor damage was also seen outside some nearby homes as items were blown around, including a trampoline that almost ended up in a nearby lake and a canoe that crashed into a fence. 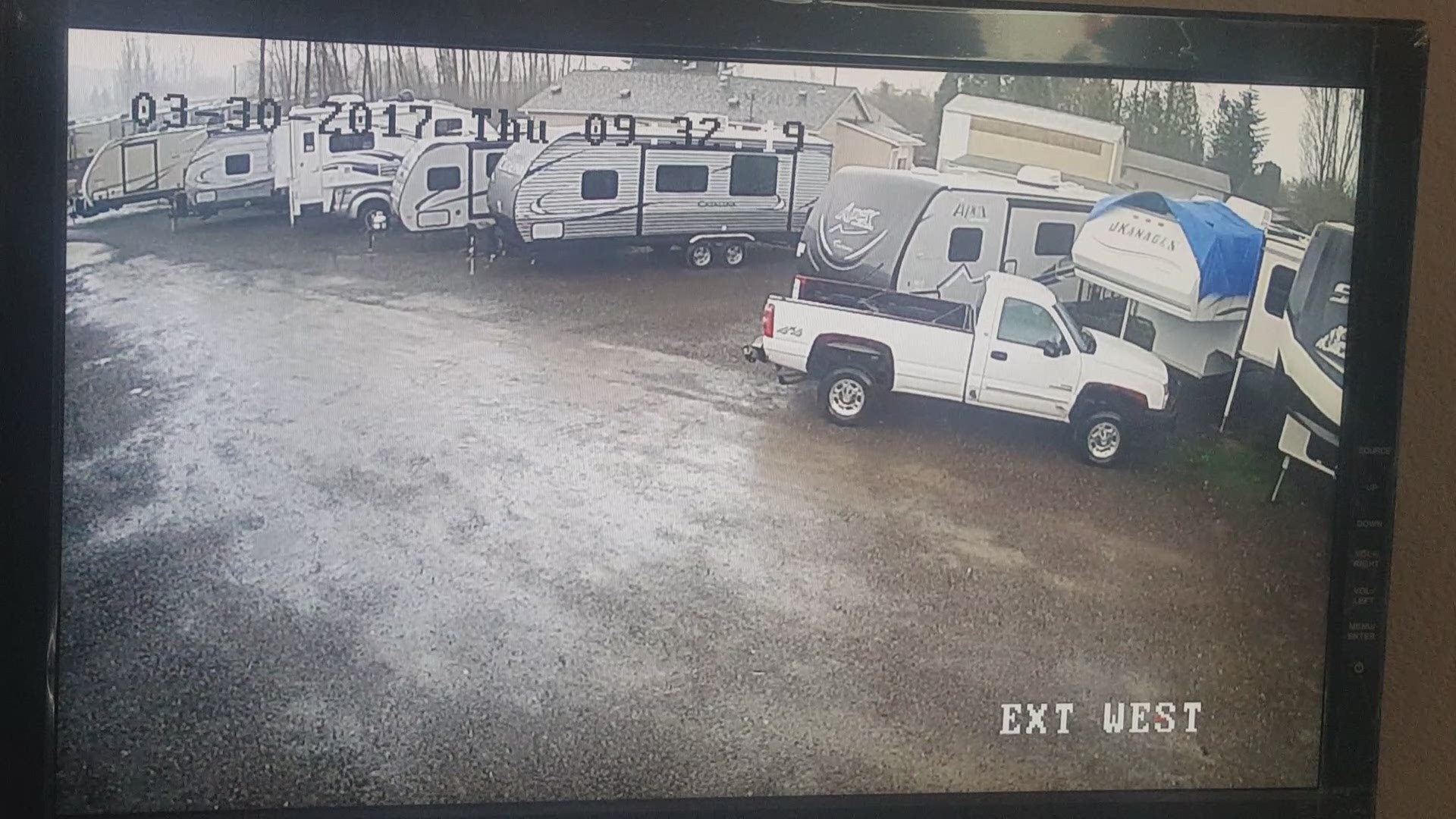 "Equipped with radar is a velocity meter which measures rotation in the atmosphere," said Dery. "Right around 10:30 a.m. you can kind of make out a little disturbance that moved through the Monroe area. Not much, but it might be one of those spin-up tornado events. And that could have certainly caused some of that wind damage." 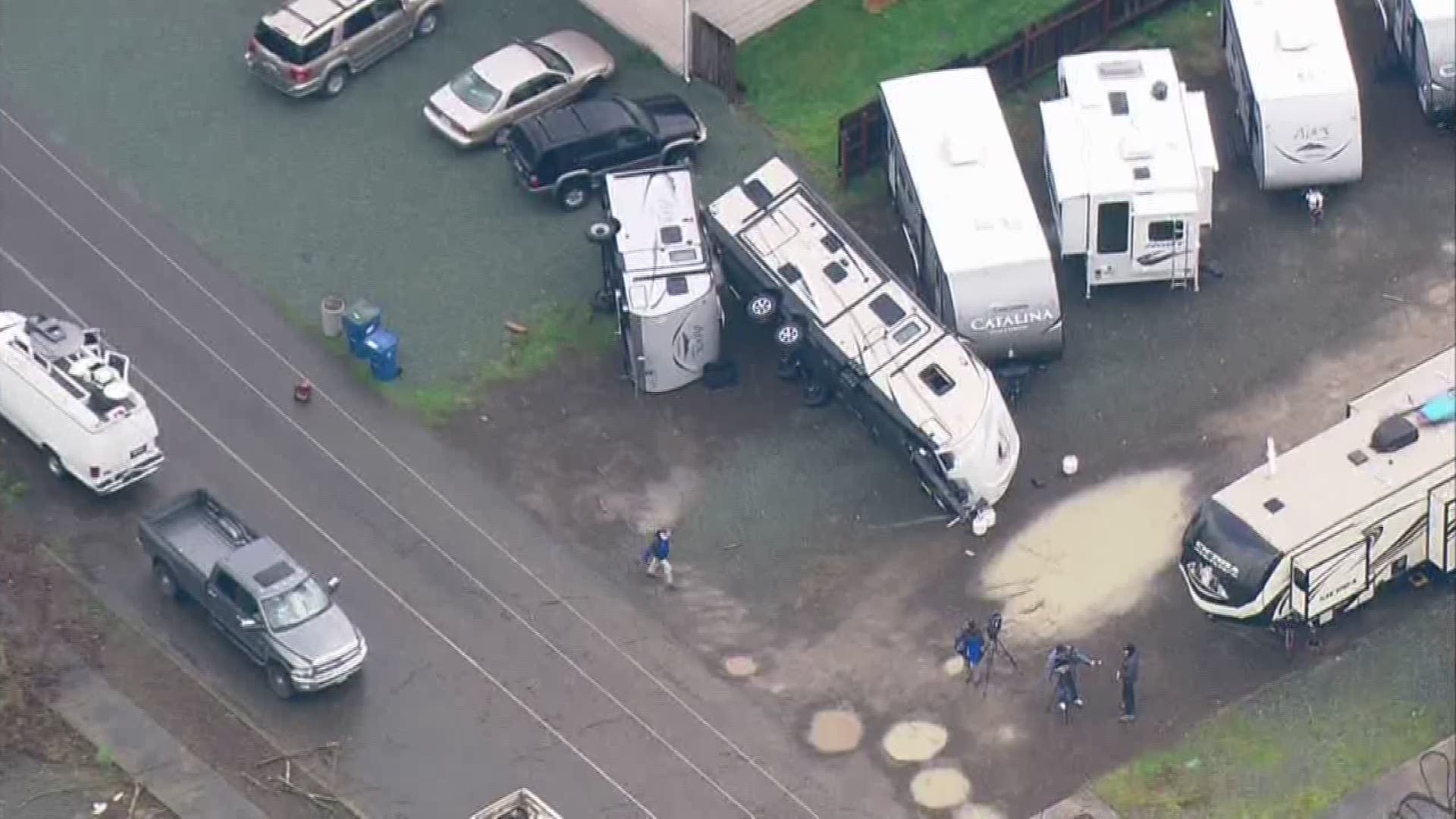 Dery says one of the things that determined whether this was a tornado is the damage pattern. The National Weather Service sent a survey team to assess the damage and made the tornado determination.

Tornadoes in Western Washington are rare, occurring once every few years.