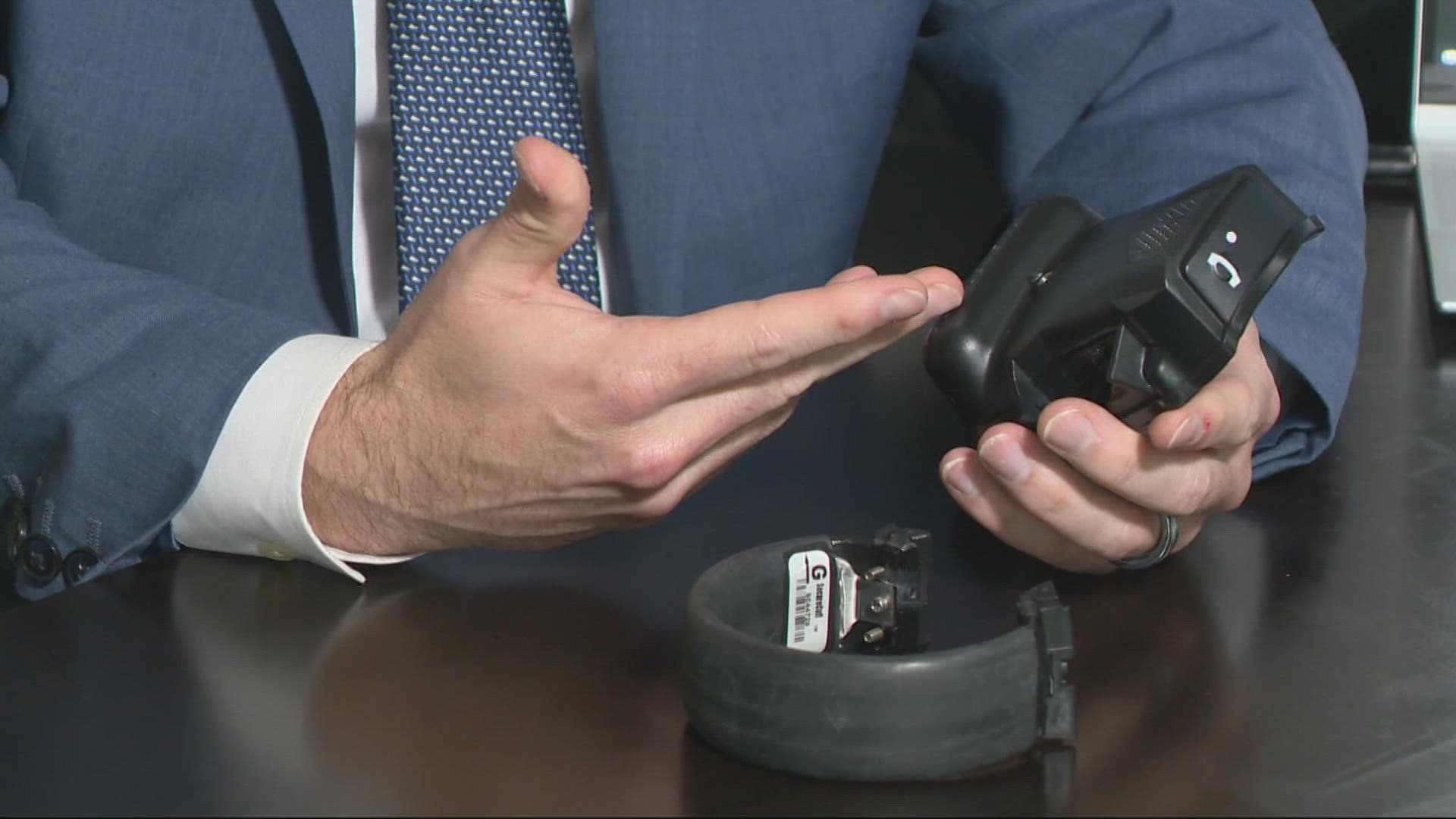 VANCOUVER, Wash. — Tiffany Hill was a Marine, a mom to three kids, a daughter, a sister, and a friend.

And she was the victim of domestic violence, which ultimately took her life.

Despite doing what she could to escape it, Tiffany was shot by her estranged husband, who later killed himself.

It happened in the parking lot of a Vancouver Elementary school in late November 2019. Tiffany was murdered in front of her three children, and her mother, who was injured by the gunfire.

Nearly two years later, the real challenge for Conde remains the loss of her daughter.

"It's something you'll never get over but you live with."

RELATED: 'He's going to kill me': Vancouver mother tells judge before her murder

Joined by youngest daughter Tabitha Ojeda, Conde’s interview with KGW was the first since her daughter's death.

“She was like, she was my star. Also, she was like my best friend," said Conde. "So we got to a point in our lives that, always back and forth; I was calling, she would come here for months I would go there we did vacations."

It takes a close family. Tiffany's children, now 7, 9, and 12 live in New York with Conde. Ojeda, along with another sister, help out. Always remembering Tiffany.

“She supported me in everything that I did and always made sure that I knew that I could do whatever I set my mind to,” said Ojeda, a Ph.D. student at Fordham University. “I can talk to her about anything and I miss hearing her voice more than words can describe.”

People in Clark County remember Tiffany too, and along with family, celebrate a new law in her name.

The Washington state legislature passed the Tiffany Hill Act more than a year ago.

It allows judges to order accused abusers to wear GPS ankle devices monitored by officials, and linked to an app on the victim's phone.

“And you can actually look at GPS coordinates and points on a map to find out where an offender is located,” said Bryan Farrell, administrative services manager for Clark County District Court Probation Services Division.  Farrell helped test and acquire the system and now helps manage its use.

If a domestic violence offender gets too close and violates a no-contact order, an alert goes off.

Hill's husband was in the school parking lot for 20 minutes before she arrived. This system could have alerted her and saved her life.

Vancouver Police Sgt. Tanya Wollstein was a detective on the domestic violence unit in 2019. Wollstein got to know Hill while trying to protect her. Her violent death was devastating.

“Texted with her the morning she died so to me this is very personal it's very important," said Wollstein. "It's been almost two years now and there's not a day that's gone by that I haven't thought about Tiffany and her family, she's got three beautiful wonderful children.”

A system that has a good chance of saving others, seems a fitting tribute.

Judges' orders have a half dozen currently in use.

Knowing that reminds Aurea Conde what a pastor told her at church.

“You know God is not the author of things that happen in our lives, but he's the redeemer so that I take it to heart because my daughter's been redeemed and we are being seen through this, to help others, to set something forward that I get to see something positive come out of it," said Conde.

The hope is that the Tiffany Hill Act gets similar GPS monitoring happening across the state.