They're back: E-scooters once again on Portland city streets

The dockless electric scooter vehicles are back as of April 26 for a one-year pilot program. Lime, Bolt and Spin have been authorized. 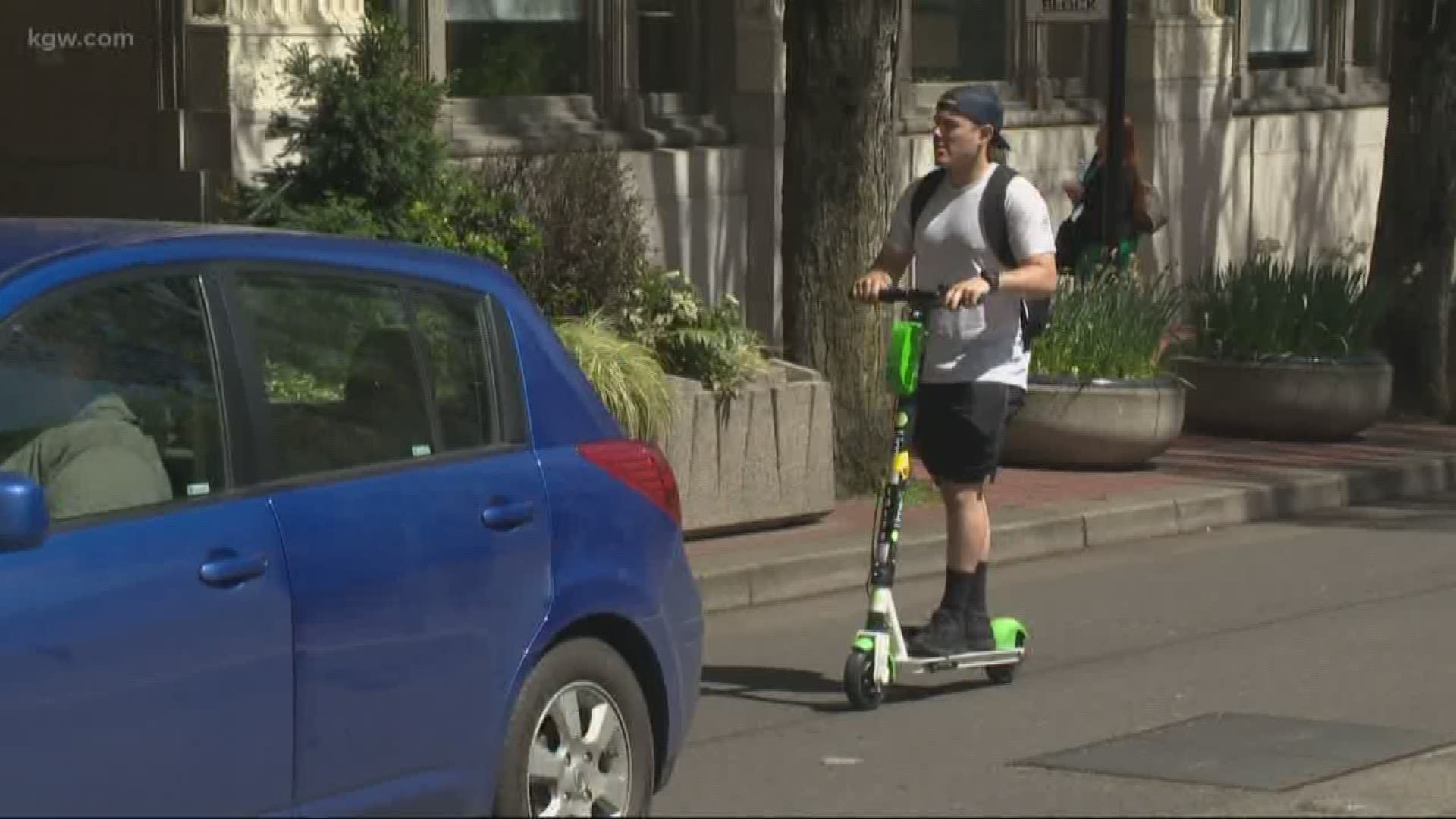 PORTLAND, Ore. — A year-long program will bring 2,500 e-scooters to Portland streets starting Friday, according to the Portland Bureau of Transportation.

But there are changes to how and where they can be used.

This comes after a 4-month pilot program last year that brought just over 2,000 e-scooters to city streets, and clocked in more than 700,000 trips averaging 1.15 miles each.

PBOT says last year's 120-day pilot program showed e-scooters can help reduce congestion and pollution. But on the flip side, there are concerns about riding them on sidewalks, which is a violation of state law, and parking them irresponsibly. Portlanders have mixed opinions about the scooters; some expressing excitement, others explaining their concerns.

Under the new year-long program, as many as 9,000 scooters could roll out by January 2020 if companies qualify for incentives, according to PBOT.

Bolt, Lime and Spin have initially been authorized to have scooters available, while four other companies - Clevr Mobility, Jump, Razor USA and Shared Technologies Inc. - are in the final stages of the permit process and will have their scooters on hand within weeks, city officials said.

New measures will be set in motion, intended to improve public safety, ensure service to East Portland and generate money for safety improvements.

PBOT is requiring companies to issue notifications, warnings, fines and account suspensions to people not using them legally. The transportation bureau says they will regulate and monitor illegal riding, and send that information off to the e-scooter companies, as well as audit and monitor companies’ incentives and penalties.

Scooter riders could be fined $50 for riding on sidewalks and $15 for illegally parking, after an initial warning from PBOT regulatory specialists.

A report analyzing the first pilot program found 176 people went to emergency rooms over scooter injuries, most of which (83 percent) were not incurred in collisions with cars, scooters or pedestrians.

Scooter riders are not allowed to ride in public parks, and are required by law to wear helmets.

PBOT is also marking off space for scooter parking throughout the city.

However, legislators in Salem are considering a bill that would allow e-scooter riders to travel without helmets.

PBOT has created a scooter map of the city to educate riders on the safest streets to ride on and indicate where scooter riding is prohibited. The map is available online at: http://map.escooterpdx.com