The band had missed the Starlight Parade in Portland on Saturday night because of a transportation mix-up. 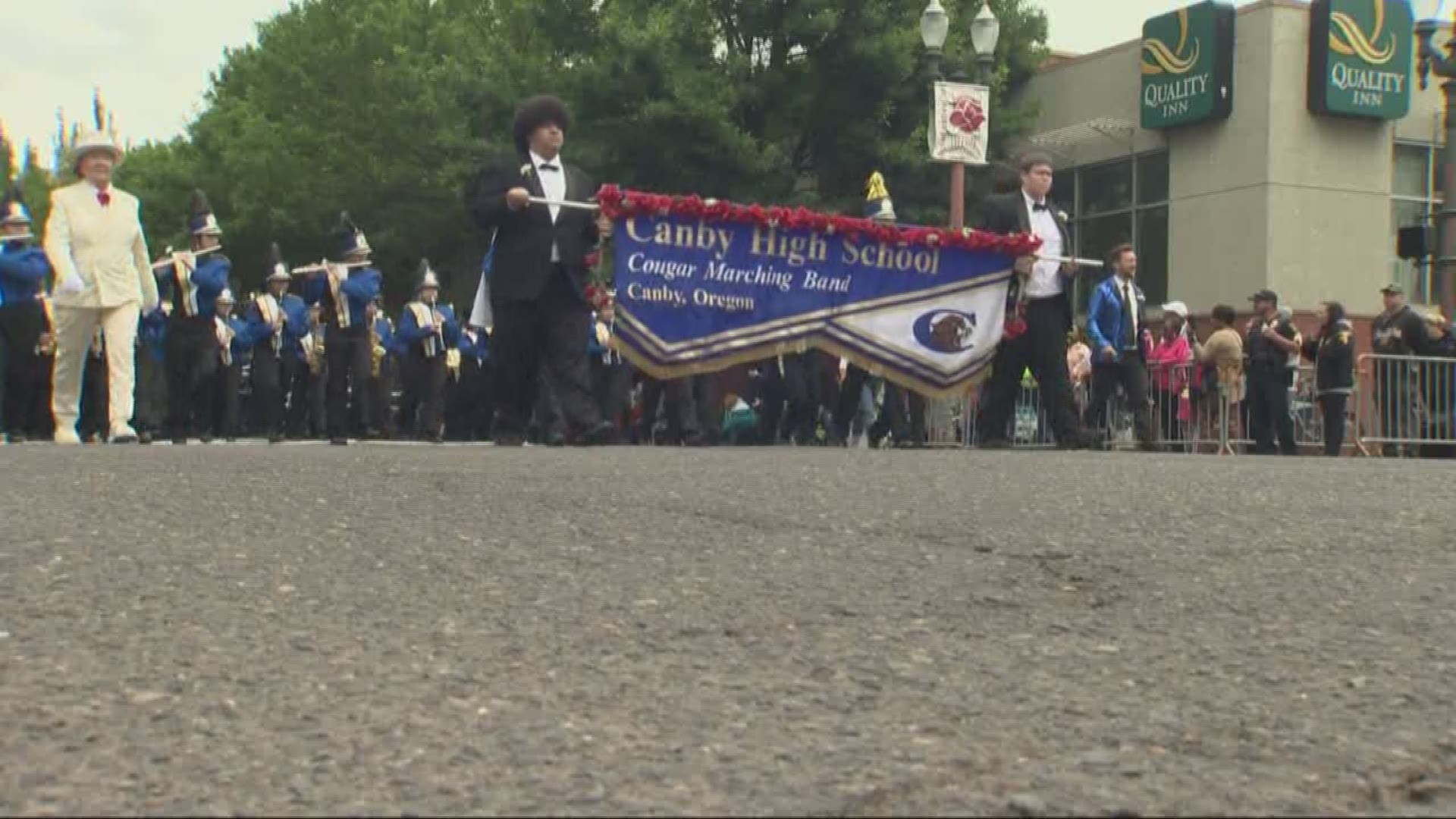 “It's kind of like that adrenaline rush, doing something really exciting,” alto saxophonist Tayler Edwards said before hitting the road.

“I think it's just amazing that we get to march with everybody in the Grand Floral Parade because it's such a big deal,” said 16-year-old clarinetist Johnny Mendoza. “We're a high school band. To be able to play with everybody, like the big dogs. So, it's a really exciting opportunity.”

The high school kids were one of more than 90 entries in the parade, which is seen as the centerpiece of the city’s Rose Festival. However, they were not part of the original parade lineup.

Saturday’s performance was a second chance for the teens after a problem with paperwork left the band stranded without transportation to perform in last weekend's Starlight parade.

“To have that taken away. Yeah, it's a little bit frustrating at first, but what came out of it is just so incredible,” Canby High School Marching Band Director Nick Luchterhand said.

That mishap turned into a new opportunity when parade officials invited them to play in the big show.

“I’m extraordinarily grateful because we've worked so hard over the past month, month and a half,” said 17-year-old Drum Major Svetlana Szenasi. “And being able to have that second chance and not let it all go to waste is really, it’s a nice breath of relief.”

“I was just about in tears, honestly, to be given that opportunity. To be given that kind of second chance,” Luchterhand said. “There's definitely a level of prestige and honor with the Grand Floral that is really like no other parade in Portland. So, to be given that is just totally floored.”

It was a chance for the kids to show off months of hard work and preparation to the community, while also learning an important life lesson.

“It's just really cool. I mean, one door closes, another opens,” Edwards said.