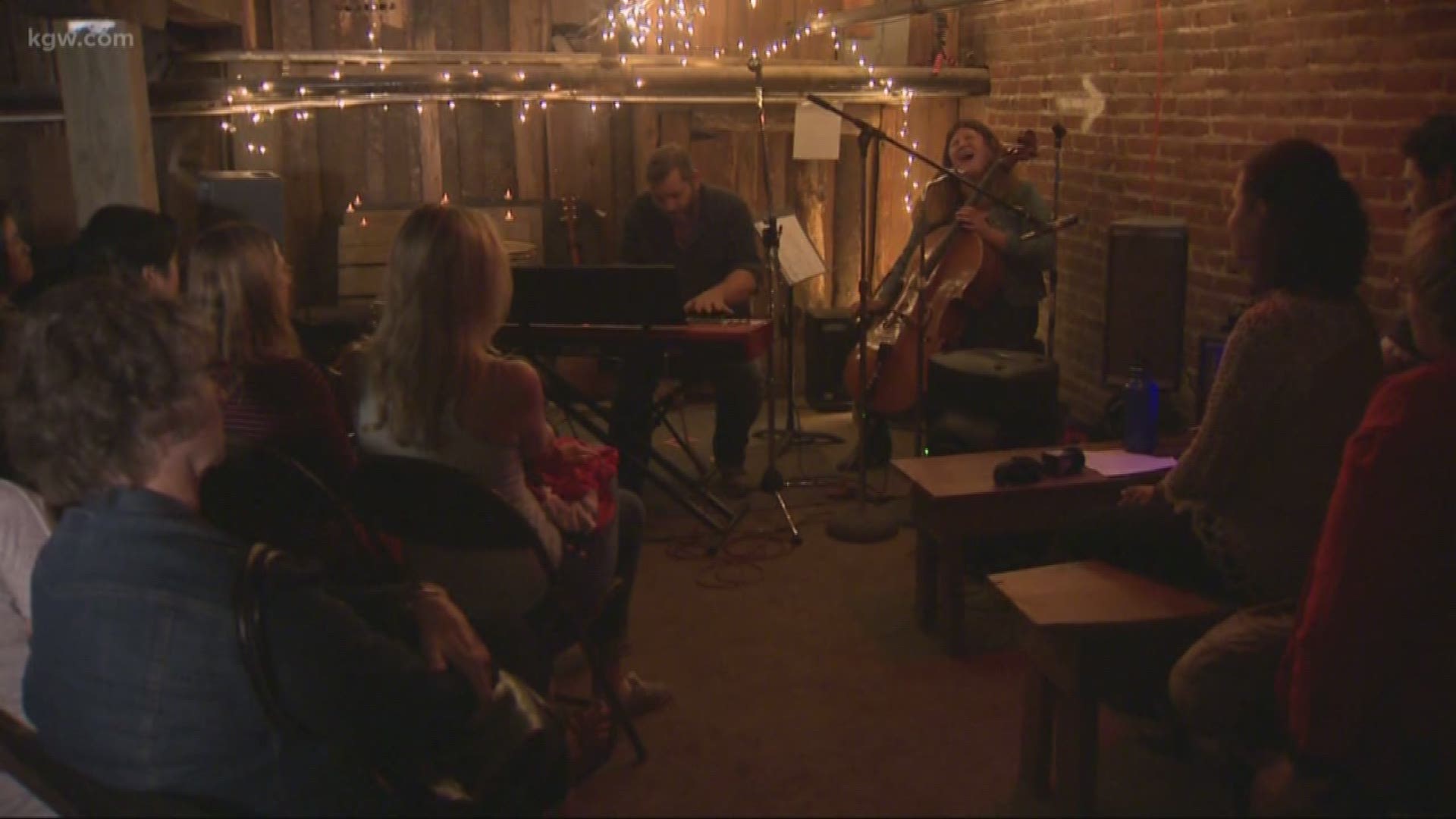 PORTLAND, Ore. — The Shanghai Tunnels are part of Portland's past, a place filled with stories of kidnap and human trafficking. On Friday, they were filled with music, inspired by stories of survival.

A dozen musicians climbed through the trap door and down the stairs beneath Hobo’s restaurant in Old Town to perform for dozens of guests. It was the first concert ever performed there.

A century ago, the system of tunnels was Portland's underbelly. A place of forced labor and prostitution. So, it was by design that the concert featured a program of songs, inspired by survivors of today. The idea came to musician-activist Crystal Akins in a dream, after she toured the Shanghai Tunnels.

“There was something that just kind of rattled my bones from the history,” Akins said. “That night, I went to bed and I had a dream where I heard singing down here.”

Akins recruited some of Portland’s best musicians to volunteer their time. She also reached out to Rehab's Sisters, a non-profit that helps women in recovery and survivors of abuse. For a month, those women connected with the musicians and shared their stories of survival. Stories that are now songs like "Yell," by musician Kina Lyn Muir.

“What kept coming forth to me was this feeling of having a story, having a voice that's been shushed,” Muir said. “I felt an immense amount of responsibility writing my song and it was very intense going in an interviewing the women.”

“Because I wanted to be heard,” Hines said, whose song was entitled ‘Choices.’ “I never had choices in my life—I couldn't even choose what shampoo to buy, someone always ran my life. Now I have choices.”

Legend has it the Shanghai Tunnels are haunted. On Friday, any sleeping spirits were surely awoken. Akins hoped the same was true for those who came to listen, in the flesh.

“I'm hoping people will hear these stories and these songs and then want to take action,” Akins said. “Volunteer… look more into [the] history of trafficking and how to keep women safe.”

A second concert was scheduled for Saturday night. Tickets were still available at rahabs-sisters.org. All proceeds will go to Rehab's Sisters.