Two groups, which are part of Portland's Chinese American community, organized events to draw attention to deadly shootings in Atlanta and previous acts of violence. 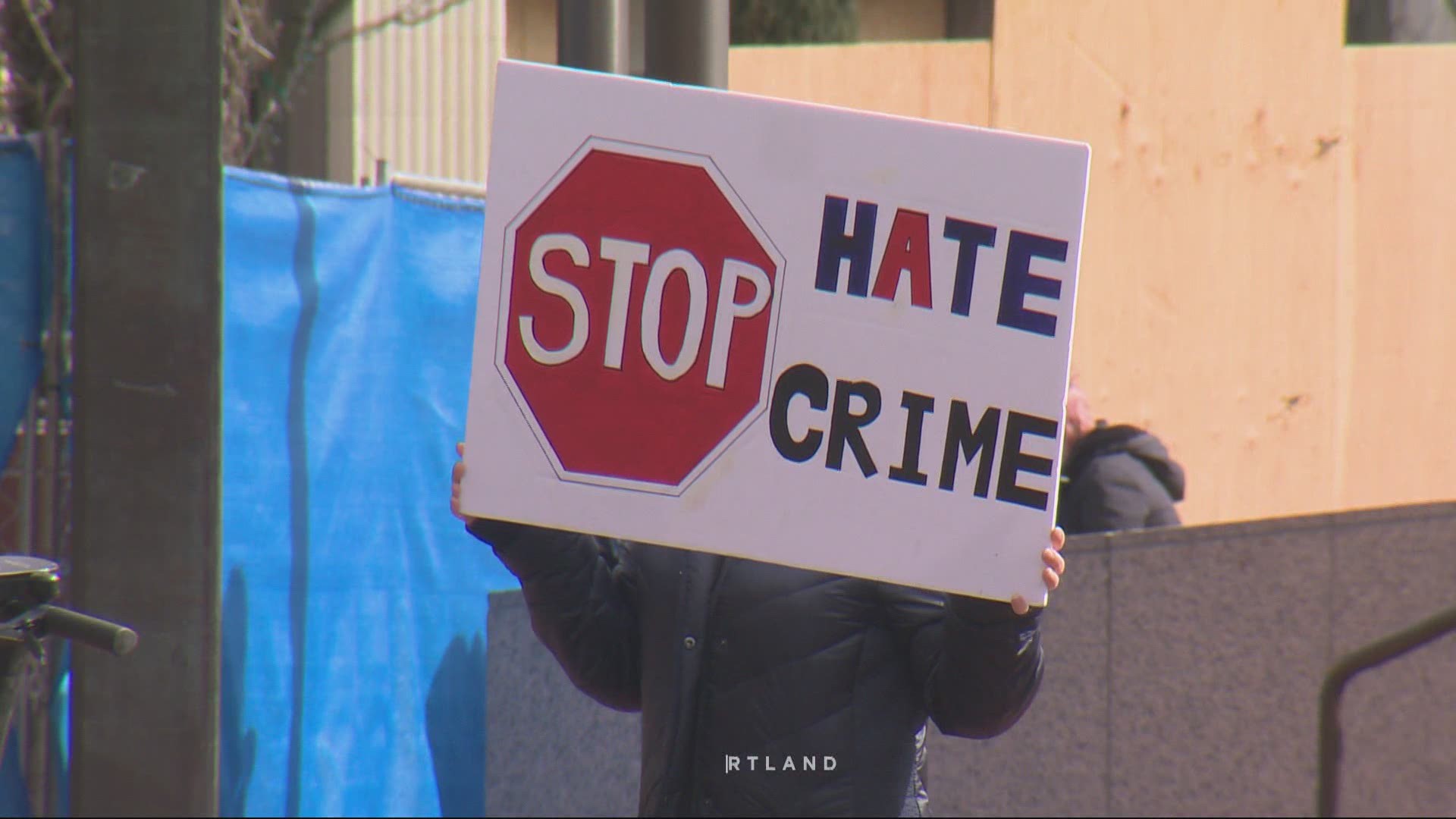 “It's a time to say no to racial discrimination hate crimes and violence to all Asian Americans,” said Hongcheng Zhao, president of the Oregon Chinese Coalition. He said the demonstration on Sunday was one of many the coalition was supporting locally and across the state.

“As a kid, like this is important for her, like everyone is equal,” said Nora’s mother. “It doesn't matter the skin color you have.”

Young, old, and in between, gathered with the same message.

This was a call to unify against a documented rise in violence against Asian Americans, which began last year. And just over a week ago, continuing with the awful incidents in Atlanta, where eight people were gunned down including six women Asian women.

At another rally at the gates to Portland's historic Chinatown, the call to action continued.

"We need to stop the intimidation, discrimination, the fighting, the killing, the maiming of the innocent law-abiding Asian Americans," said Neil Lee, president of the Oregon Chinese Consolidated Benevolent Association. "It's time for all of us to stand united raise our voice and shout out stop Asian hate now."

“I was born in Soul, South Korea, adopted at 6-months-old and this country is my home and yet many of us fear for our lives and our safety,” said Steggman.

Stephen Ying came to Portland from Hong Kong 50 years ago. He said the Chinese way is normally quiet.

“But this is the time we need to speak out and make our voices heard. We are not a virus, hatred is a virus. We are all Americans. Stop bullying, stop hatred, stop violence toward another race,” said Ying.