Sports car hydroplanes under semi-truck on I-5 in Washington

It was a very close call for the driver of a Lotus sports car when it hydroplaned under a semi-truck. Luckily, no one was hurt. 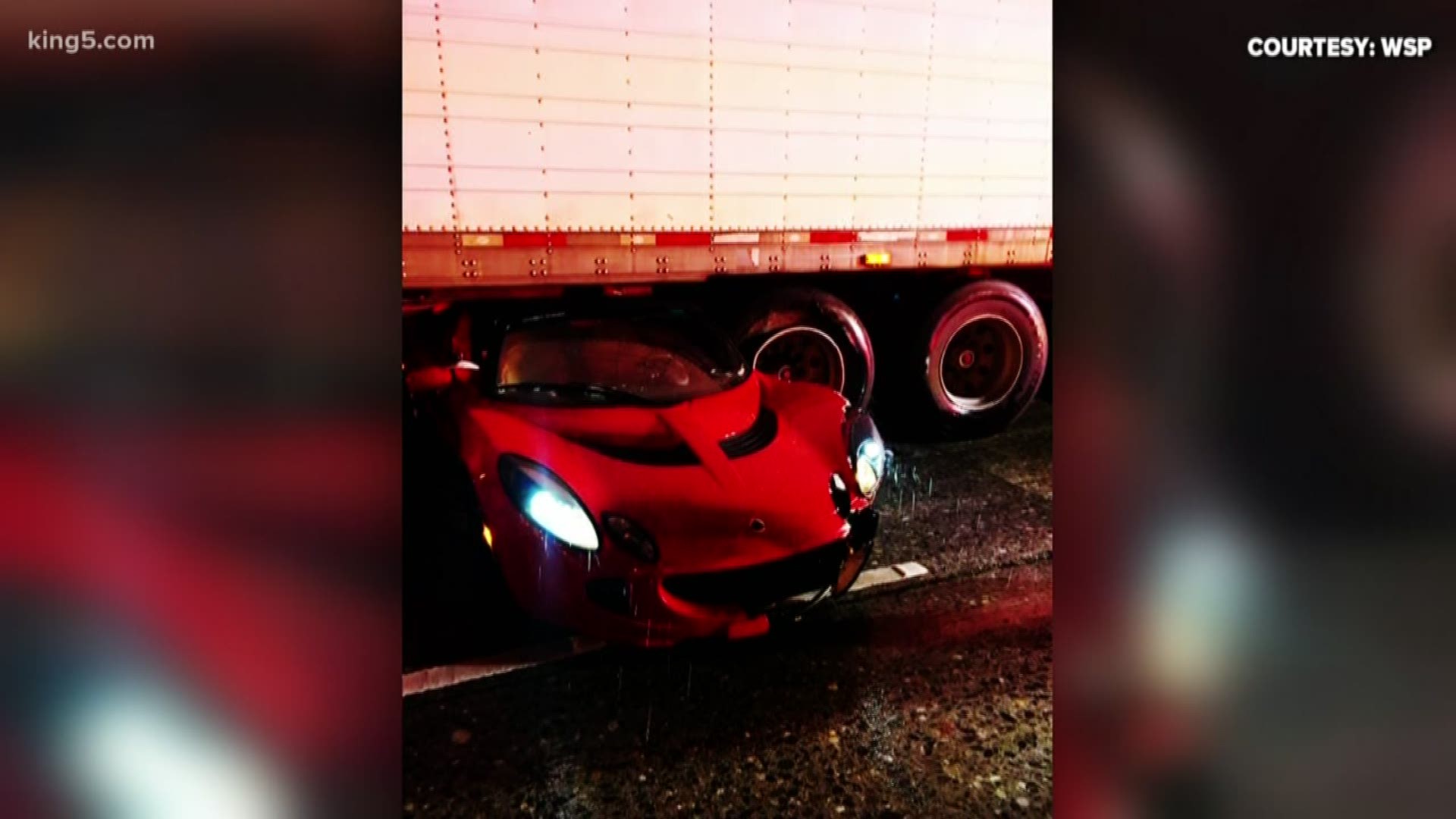 ARLINGTON, Wash. — It was a very close call for the driver of a sports car Friday night.

A man driving a Lotus was traveling alongside a semi-truck on I-5 north of Arlington when his car started to hydroplane.

It was around 11 p.m. and raining heavily at the time.

His car slid under the semi-truck and ended up in front of the semi-trucks back tires, said Washington State Patrol Trooper Heather Axtman.

The semi-truck driver was able to come to a stop. The driver of the Lotus got himself out of the car and only had a few scratches, Trooper Axtman said.

If that wasn't scary enough, the semi-truck was fully loaded with fish, which luckily did not end up on the roadway.

The driver of the Lotus was not under the influence and did not appear to be speeding, said Trooper Axtman.

More rain is expected throughout the weekend, so be sure to drive with caution and slow down as roads can get slick. 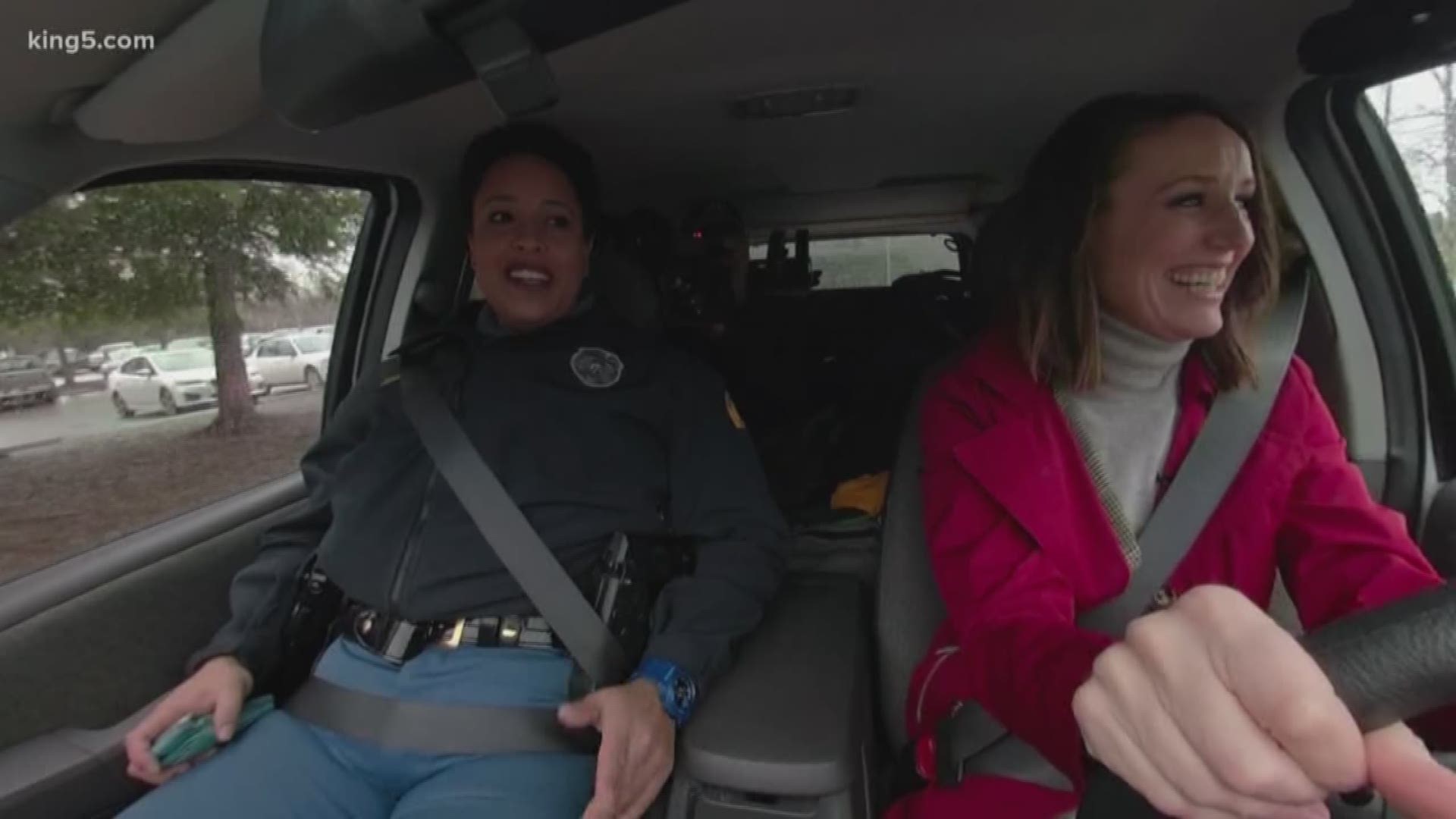 RELATED: Why Washington roads are more difficult to drive on when winter weather strikes