Peperzak was 18 years old when she joined the Dutch resistance against the Nazis. She helped much of her family hide from officers trying to kidnap them. 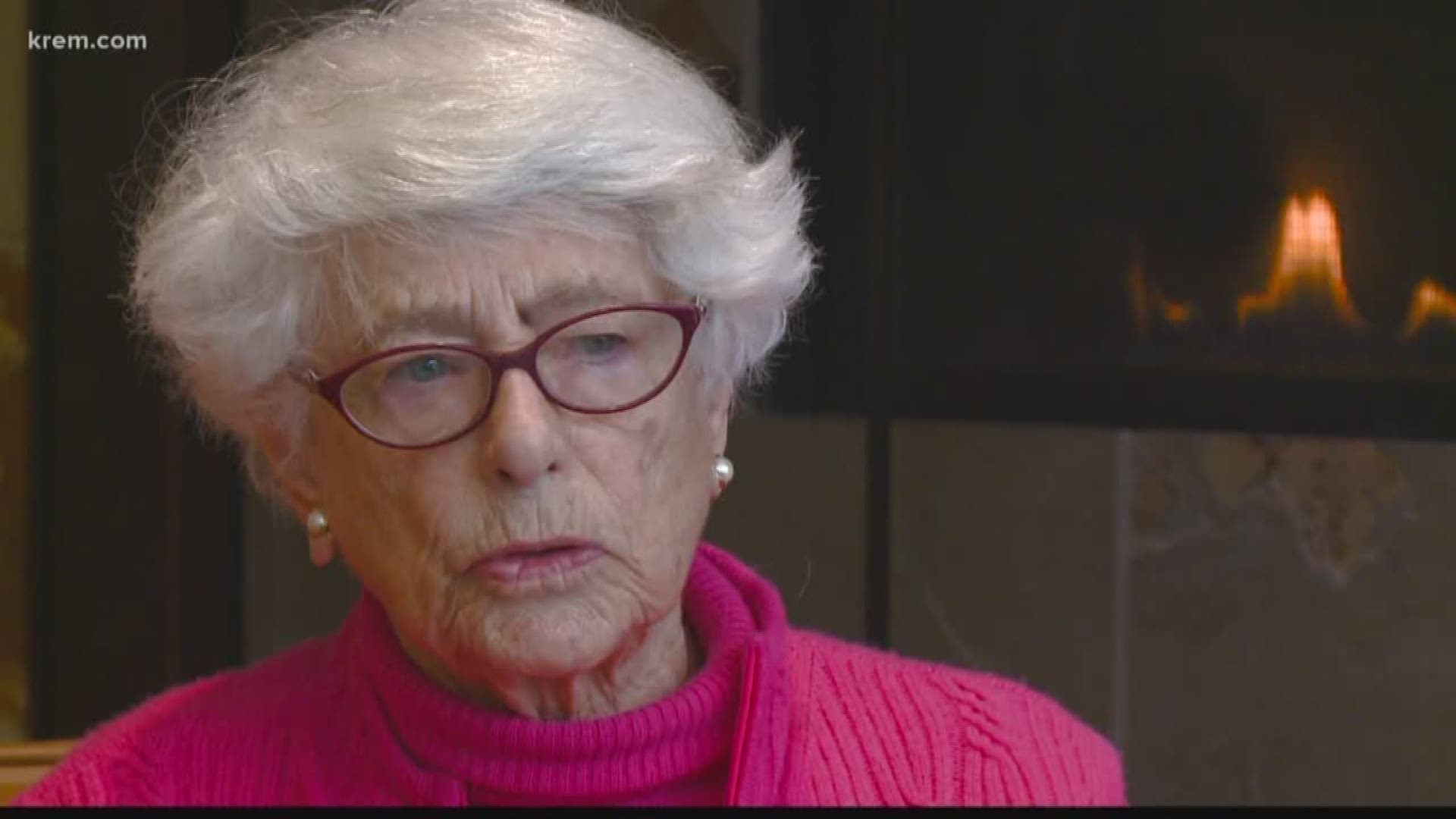 SPOKANE, Wash. — After sharing her story for about 16 years, a Spokane Holocaust survivor will receive the Washington State Person of the Year recognition.

Carla Peperzak received a call from the Lieutenant Governor’s office Friday telling her she’d been selected for the award.

“I was really overwhelmed when they told me,” she said.

Peperzak was 18 years old when she joined the Dutch resistance against the Nazis. She helped much of her family hide from officers trying to kidnap them.

She later disguised as a German nurse to help other Jews evade capture.

She moved to the U.S. when she was 60 but didn’t start sharing the story of her experiences until she was 80.

“For many years I just didn’t talk about it,” Peperzak said.

She soon became the official spokesperson for the Holocaust Institute in Seattle. She also visits area schools to share what she said people should take away from the events of the Holocaust.

“The message is really that anybody can help other people. But I always end my talks with the word ‘respect,’” she said. “If we all respect each other, this can’t happen again.”

It’s the dedication to spreading this message and the publication of her memoir, “Keys of my Life,” that got her the call from the lieutenant governor’s office.

“I couldn’t quite get my arms around it. I still can’t. It’s very difficult to understand that this is happening,” Peperzak said.

She said she was thrilled about the recognition, but her biggest reward comes from knowing she’s inspiring others to look out for each other.

“Some students I get letters from tell me they’re very appreciative, and they really understand the message which I’m trying to get across,” she said.

Peperzak will receive her award on Feb. 20 from 2-3:30 at the Governor’s Mansion in Olympia.