'What country is this?': Portland, Vancouver rallies against family separation

"You think of them by themselves without their moms and their families. What are we doing? What country is this?" A demonstrator in Portland said. 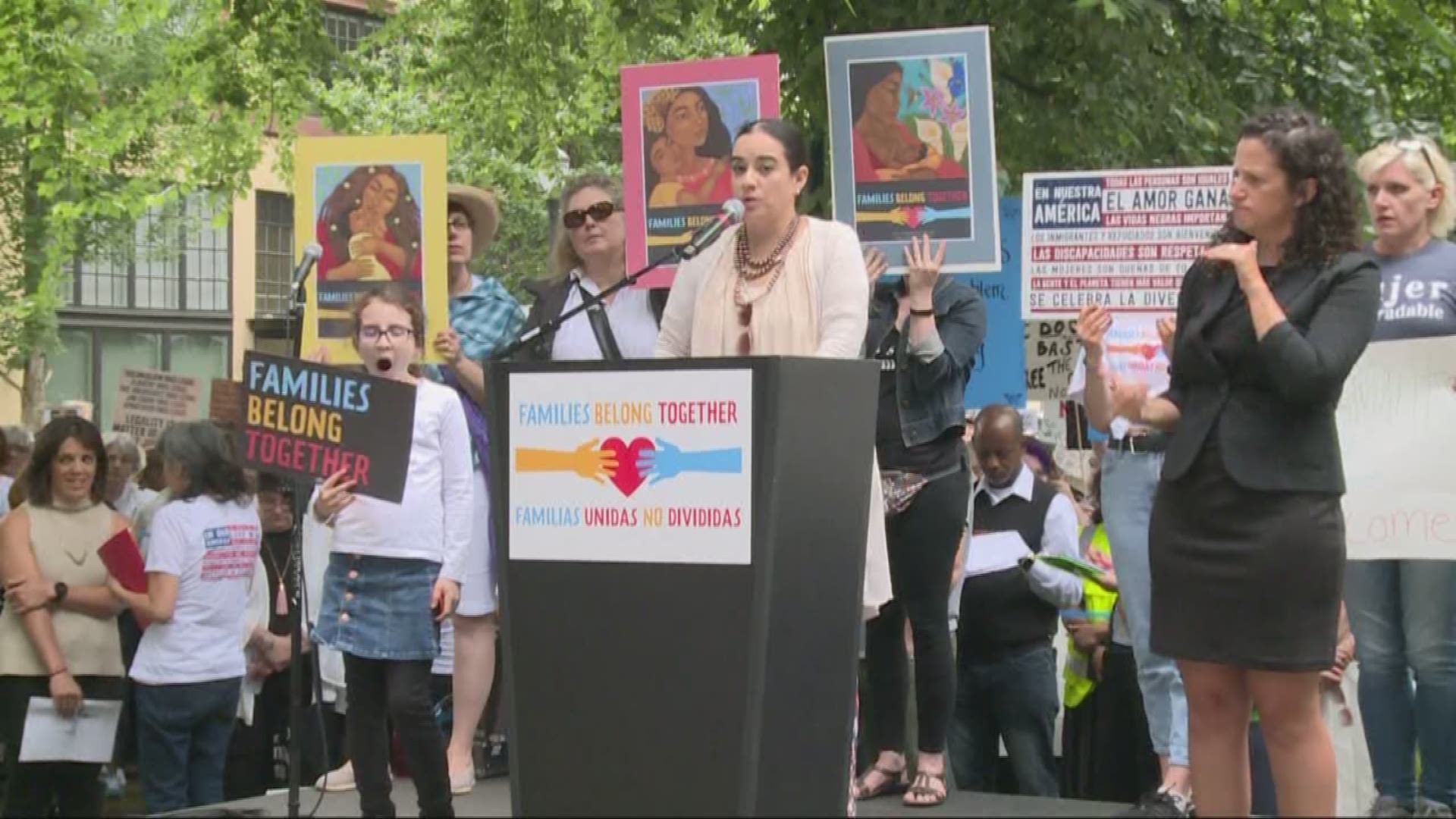 PORTLAND, Ore. – Thousands of demonstrators gathered in Portland and Vancouver Saturday, joining cities across the country to rally against the Trump administration’s recent policy of family separations.

Both events were part of a national day of action, titled “Families Belong Together: March for Immigrant Families.”

“I was just thinking that a good way to start was to let Donald Trump know what my hometown does to score him for his zero-tolerance policy,” said Senator Wyden. “What score would you give him for the judgment behind his zero tolerance policy?”

The crowd, in response, yelled “Zero!”

“There are 2,300 children who are now separated from their families, and no one even knows where they are. It’s important to make sure that people understand the gravity of what we are dealing with,” Kayse Jama, executive director of Unite Oregon who came to the US as a refugee from Somalia.

This week, a federal judge in California ruled the Trump administration must stop separating migrant families and reunite those already split within 30 days.

Demonstrators in Portland and Vancouver carried hundreds of signs, making their opinions on those policies known.

Messages on those signs included “Immigrants are welcome,” “Kids need their parents,” “America, you are becoming a police state,” and “Voldemort called. He said take it down a notch.”

Kellie Nicholson’s was long and silver.

“I’m wearing the blanket that they give to the babies in their detention centers. They’re like $7 at REI,” she said. “You think of them by themselves without their moms and their families. What are we doing? What country is this?”

Thomas Tilton came wearing painters’ overalls, with a wire basket attached to his chest, resembling a cage for the baby doll inside it.

He admitted, one person had a problem with his ensemble.

“The one thing somebody mentioned… The color of the skin is wrong,” he said. “But try to find a baby doll that’s not white.”

Organizers of Portland’s rally, which ended with an open invite to the Oregon Jewish Museum, said in a press release theirs was one of more than 700 happening across the country Saturday.

Shortly before 1 p.m. PST, President Trump tweeted this on the issue of immigration: