Filmmaker Linda Freeman's video, "Unaccompanied: Alone in America," shows children reenacting court transcripts of migrant kids who have to represent themselves during legal proceedings in Portland. 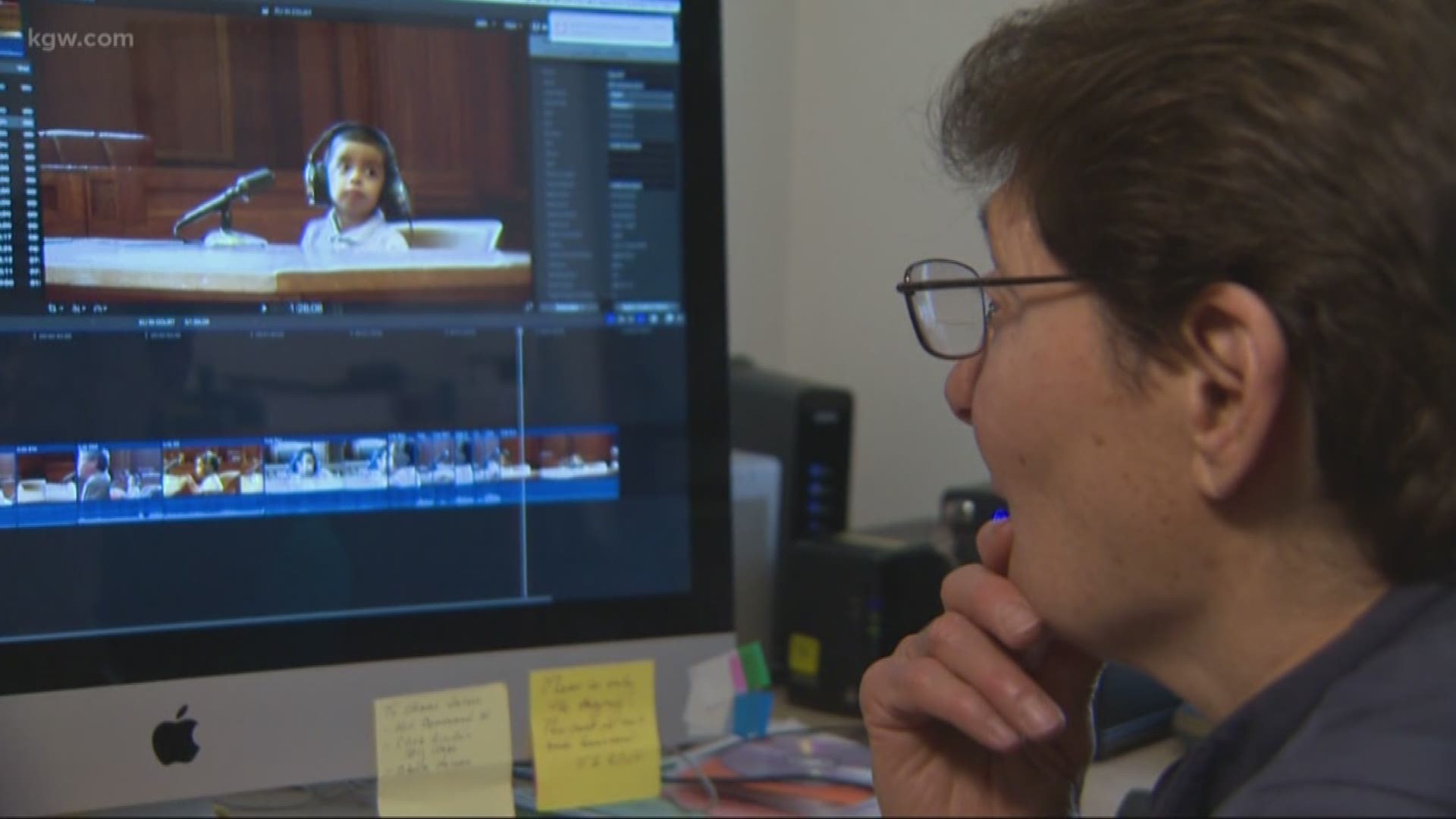 PORTLAND, Ore. – A Portland filmmaker is gaining national attention for her video depicting what unaccompanied migrant children go through in court.

Filmmaker Linda Freeman’s video, “Unaccompanied: Alone in America,” shows children reenacting court transcripts of migrant kids who have to represent themselves during legal proceedings in Portland.

Filming is not allowed in immigration courts, so the reenactment video showed many people for the first time what some migrant children go through when faced with deportation.

Freeman’s video shows children sitting alone in front of a judge in an echoing court room. They listen to the judge’s words through headphones, so they can hear a translation. When asked questions, they look confused.

Freeman said her video shows what thousands of children go through when they are not represented by lawyers in immigration proceedings. The video has been shared thousands of times on social media.

“It feels great to have been able to tell a teeny story that has this kind of impact. [It’s] more than any filmmaker could ask for," she said.

Immigrant children have faced judges alone for many years. A Syracuse University study shows about half of the 300,000 immigrant children ordered to court between 2005 and 2017 did not have legal representation.

Unlike people facing criminal charges, immigrants do not have the legal right to a court-appointed attorney during deportation hearings. When children represent themselves, nine out of 10 are deported.

The plight of immigrant children has gained national attention recently due to the Trump administration’s policy of separating families at the border, including asylum-seekers. In June, Trump signed an executive order to end his own policy of family separations. A judge has ordered the White House to reunite families within 30 days.

Many families remain separated and in detention centers or shelter facilities across the country, including several in Oregon.

Freeman’s video is part of a fundraiser to provide legal counsel, services and efforts to reunify children with their families.

Portland ICE protest: What we know