One of the detained men in Oregon had his newborn infant, only 15 days old, taken from him, the lawsuit said. 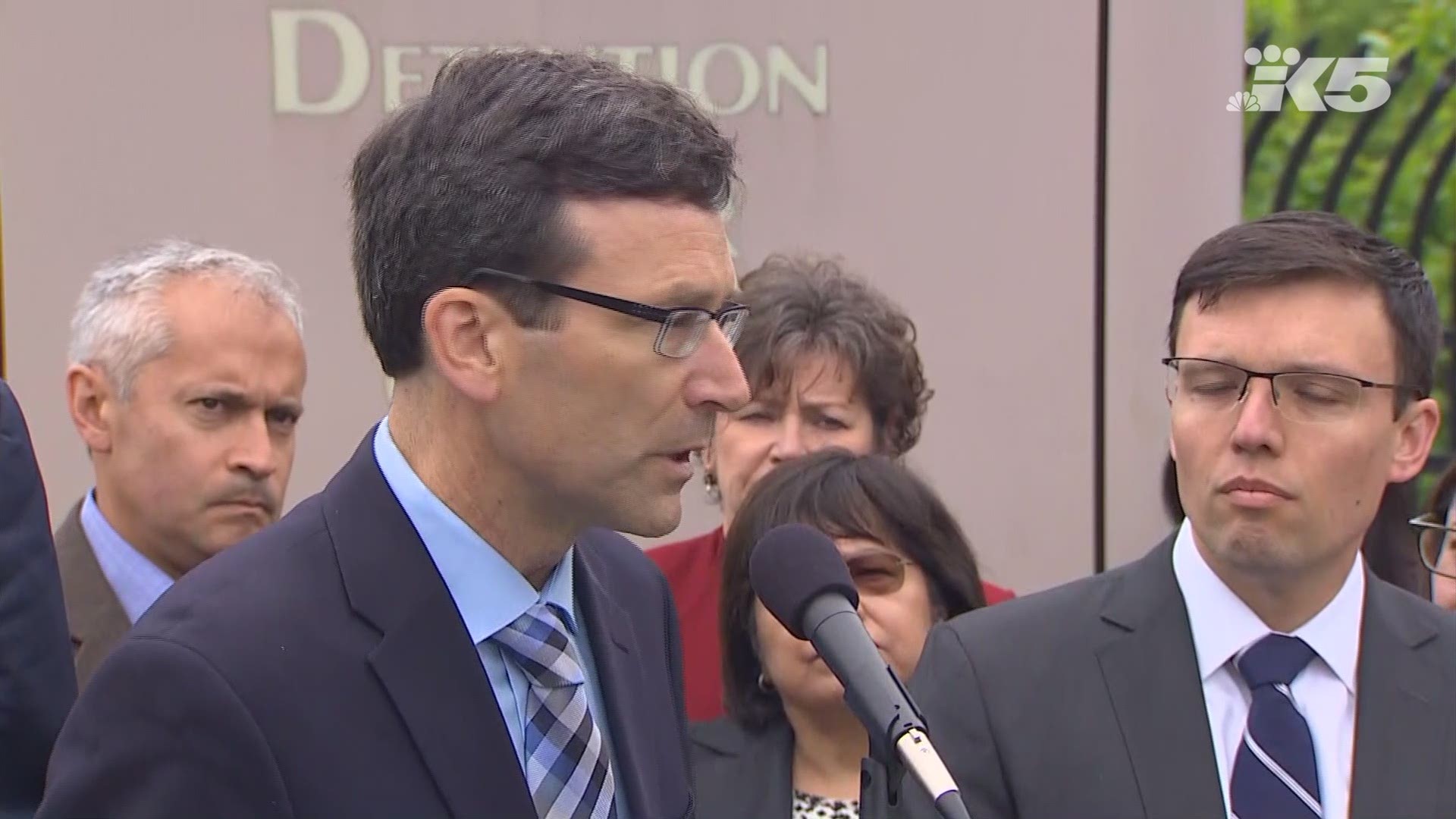 PORTLAND, Ore. – An immigration detainee at the federal prison in Sheridan, Oregon was separated from his 15-day-old baby, a lawsuit filed on Tuesday alleges.

Oregon’s Attorney General joined attorneys general in 16 other states to sue the Trump administration over family separations. The suit accuses the White House violated constitutional rights of families by separating them and discriminating against them because of their country of origin.

“This cruel policy has already had a horrendous impact in Oregon,” said Attorney General Ellen Rosenblum.

The suit states that detained children and parents are being held at facilities in Oregon. In Sheridan, 123 immigrant men are being held at a federal prison. At least six of those men were separated from their families, the lawsuit said.

The lawsuit said that one of the detained men had his 15-day-old newborn taken from him.

“Another detainee was separated from his 18- month-old toddler. Another reports his wife is detained in San Antonio, Texas, and he does not know the whereabouts of their 4-year-old child,” the lawsuit said.

The Oregon Attorney General's office said it is still working with the detainees' lawyers to find out more about the separations.

Kristina Edmunson, a spokesperson for the attorney general's office, said it appears the 15-day-old baby is a U.S. citizen and the father was separated from his family when he crossed the border to seek asylum.

"It is our understanding the baby is with the mother," Edmunson said.

The lawsuit also said at least five children who were separated from their families are being held in Oregon.

Two of the children, the lawsuit said, “saw their mother being taken away in chains.”

The lawsuit also alleges Oregon uses state and local funds for detainees, without reimbursement from the federal government.

According to the suit, children in Oregon are entitled to public education, and may be eligible for state-funded healthcare. That costs, respectively, about $11,700 per student annually and $660 per month for healthcare.

Oregon may also provide hospitalization, legal counsel, foster care, and other state services for the children.

A federal judge ruled on Tuesday that U.S. immigration authorities must reunite separated families within 30 days. That ruling is in response to a lawsuit filed by an anonymous woman from the Democratic Republic of Congo, who says she was separated from her teenage daughter.

Protesters in Oregon and nationwide are demonstrating against the Trump administration’s immigration policies and the agency that carries them out, U.S. Immigration and Customs Enforcement (ICE). Nationwide protests are planned for Saturday, June 30.