Mayor Ted Wheeler has responded to accusations that he violated the U.S. Constitution after city police didn't respond to some 911 calls placed by ICE agents. 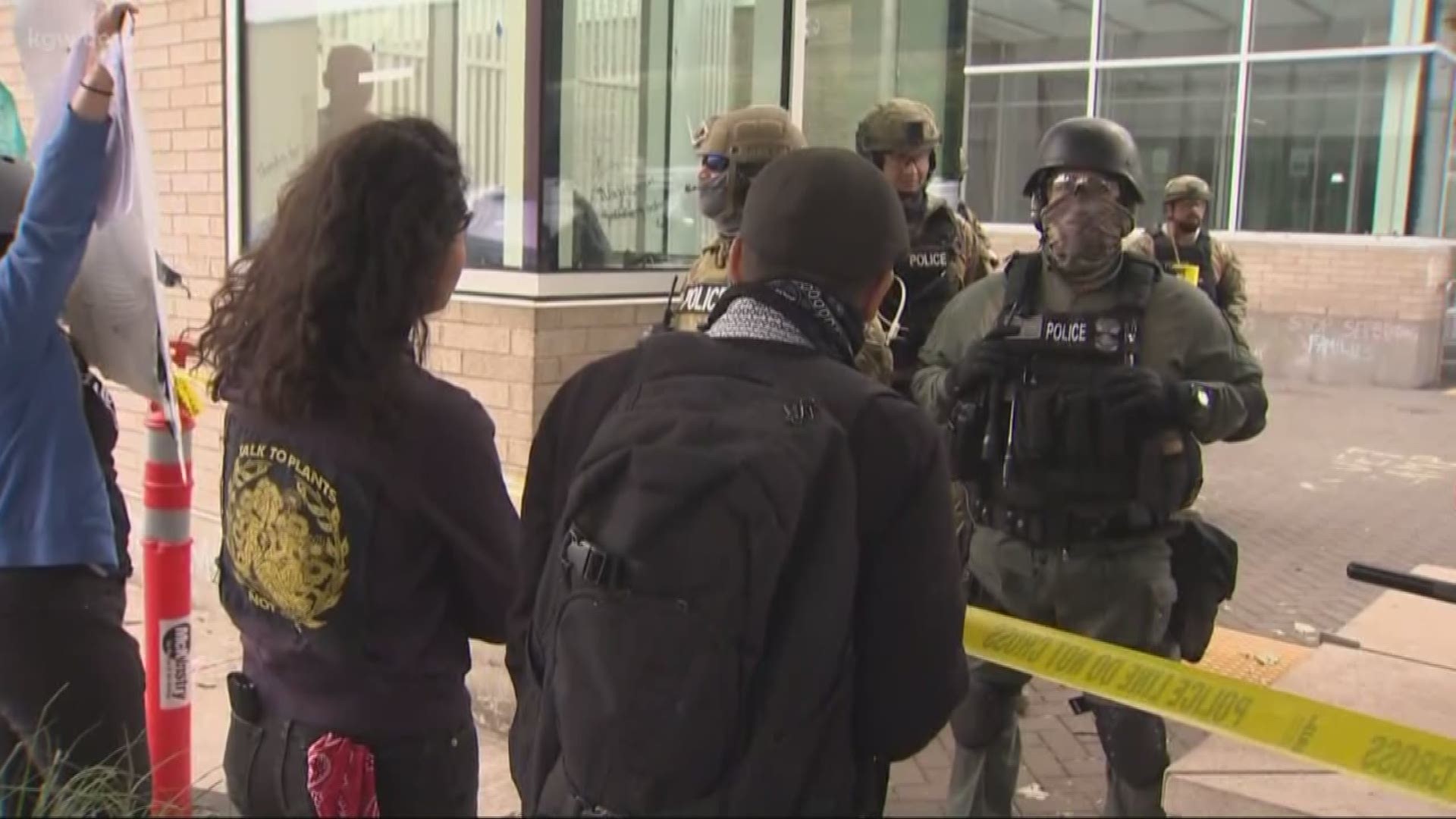 PORTLAND, Ore. – Mayor Ted Wheeler has responded to accusations that he violated the U.S. Constitution after city police didn't respond to some 911 calls placed by federal agents during a protest in Southwest Portland.

“Your policy of not providing police services to employees of ICE creates a class of people based upon their source of income,” Riddell wrote.

Wheeler issued a statement on Tuesday, calling the letter "inaccurate and inflammatory."

Wheeler denied that the police bureau failed to provide 911 support for safety concerns. He said Riddell's letter was based on unconfirmed reports from anonymous sources.

"While Portland Police were not engaged in removing protesters from federal property, Portland Police made clear to Federal Protective Service officials that local law enforcement would respond to calls for service at the demonstration site that have an immediate life safety concern," Wheeler wrote.

In Riddell's letter, he threatened that the union could sue the mayor's office if another ICE agent is denied help by the Portland police.

Occupy ICE PDX started protesting at the Southwest Portland ICE holding facility in mid-June, in response to the Trump administration’s policy of separating migrant families at the border.

Protesters shut down the ICE office for about two weeks, in part due to employee security concerns. The ICE office reopened in early July and the protest was disbanded by Portland police on July 25 amid health and safety issues present at the camp.

On June 20, the day the protest first shut down the ICE facility, Mayor Wheeler – who is also the police commissioner – announced he would not involve the city’s police department in the protest.

"I want to be very clear that I do not want the Portland police to be engaged or sucked into a conflict, particularly from a federal agency that I believe is on the wrong track. If they are looking for a bailout from this mayor, they are looking in the wrong place," Wheeler said.

On the first occasion, the ICE employee said Portland police never showed up.

On June 19, protesters threatened to beat up the employee and surrounded his car, the employee wrote in a complaint. When he called 911, officers never showed up and instead told him to meet him at a different location to file a police report.

The employee said he then drove to pick up his daughter from summer camp. When he arrived, he said two protesters were parked behind him, yelling “Nazi” and “Gestapo.” He said the protesters’ car followed him as he was driving home. He called police again and was told to call Federal Protective Services.

The Portland Police Bureau is, and will always be, committed to providing the highest level of public safety response to all community members.

Members of the PPB Operations Branch were directed by me to respond to all 911 calls around the Occupy ICE protest. Sergeants were directed to be the primary responder for an initial assessment of these calls (when feasible) to identify resources needed, given the geographic complexities of the location and the challenge of getting additional officers to the scene in a timely manner. Some responses were handled by phone or off-site and away from the protest.

Life and safety calls were of the utmost priority during this protest, as they were (and continue to be) anywhere else in the city. We also informed the Federal Protective Service that we would respond to their emergency calls for service if their safety was at risk.

During the 6-week protest, PPB responded to 41 calls for service and officers self-dispatched themselves to 18 calls. There were 16 police reports written regarding the Occupy ICE Camp and no arrests were made. There were no significant injuries to anyone around this camp. The cleanup was completed in a peaceful and effective manner. We will continue to review relative reports and calls for service to identify any actions that did not meet the expectations outlined.

Officers and their supervisors use discretion every day to ensure that we use our resources in the most effective and appropriate manner, and they did so during this protest. I am proud of the professional response to calls for service during an already tense situation, as well as the thoughtfulness that went into using our resources given our current staffing levels, while also engaging with the many property owners and businesses involved.