Two protesters were arrested and two federal officers were hurt during an incident at a U.S. Immigration and Customs Enforcement holding facility in Southwest Portland on Monday afternoon, according to a spokesman for the Department of Homeland Security. 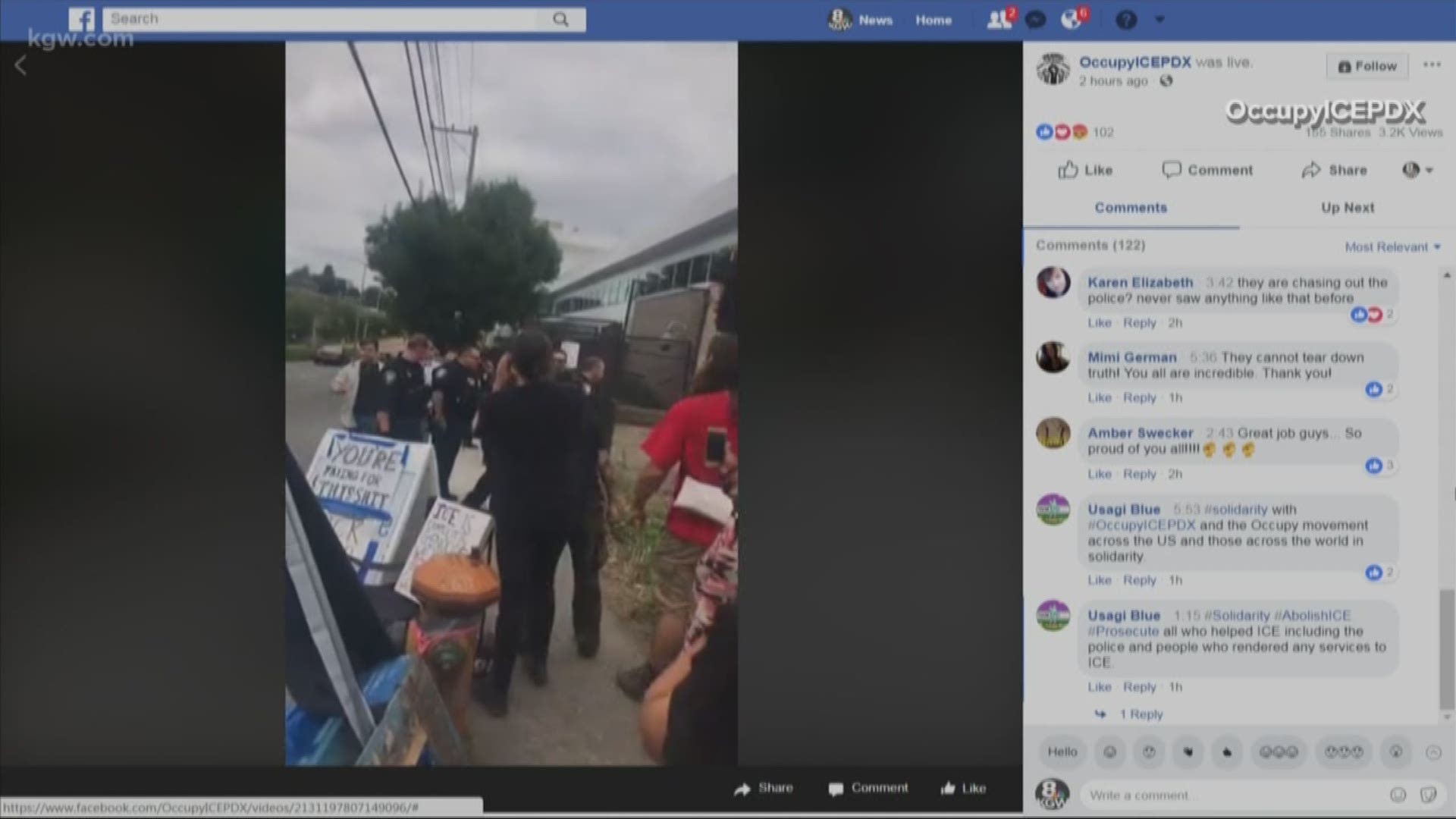 PORTLAND, Ore. – Two protesters were arrested and two federal officers were hurt during an incident at a U.S. Immigration and Customs Enforcement holding facility in Southwest Portland on Monday afternoon, according to a spokesman for the Department of Homeland Security.

A third protester was arrested on Monday morning before the incident began, federal police said.

Occupy ICE PDX protesters have been demonstrating outside of the ICE facility for nearly three weeks with the goal of shutting down the federal immigration agency in Portland and nationwide.

The generally peaceful protest on Monday grew heated when several protesters pulled down tape that separated protesters from the ICE building. Federal officers approached the protesters and then followed them back into the protest camp, according to Robert Sperling, spokesman for the Department of Homeland Security.

A protester said DHS agents attempted to break down a barricade before the arrests.

A protester filmed part of the interaction on Facebook Live (warning: profane language).

Two of the protesters were arrested and charged with assault and trespassing on federal property.

A third protester was arrested Monday morning in an unrelated incident for failure to comply for breaking the barrier after federal police warned against it, Sperling said.

Portland police were briefly at the scene. According to a Portland Police Bureau tweet, Federal Protective Service called 911 for help but when Portland officers arrived they determined it wasn't an emergency situation.

TO CLARIFY AN EARLIER TWEET: FPS dispatch placed an emergency call for service to BOEC regarding a priority assault. Two Portland Police officers responded to 4310 SW Macadam Ave. The officers arrived, determined there were no current life safety issues and left the scene.

The Portland ICE holding facility temporarily closed on June 20 because of the protests.

On Thursday, June 28, federal agents arrested nine protesters as officers in riot gear moved to clear the entrance of the ICE building.

The facility reopened on July 2. The federal government paid to erect steel fencing around the facility, separating protesters from the building.