Sunrise Rewind: Blazers, Memorial Coliseum throw it back to 1977

It's a big week for the Blazers. It's their 50th anniversary season, and the first preseason game is throwing it back to 1970, when they took home the title.

They'll be playing in their vintage uniforms, in their original home of the Veterans Memorial Coliseum.

With about 100 people moving to Portland everyday, there are a lot of people who don't know much about the Coliseum, and a lot who've never been inside.

In 1956, Portland voters said yes to a bond measure for a new sports and expo arena called the Memorial Coliseum. Construction started next to the Steel Bridge. At the time, Portland's inner east side was dirt and fields, with a few houses.

Photos: A look back at Veterans Memorial Coliseum construction, events 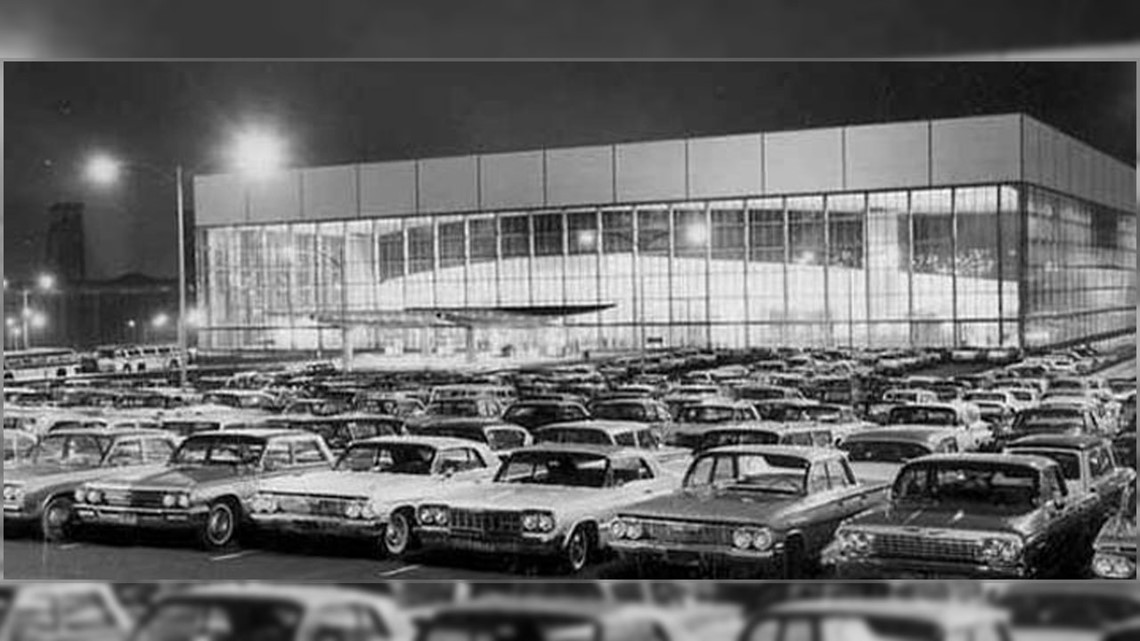 But by 1960, the Rose City was going places. The Coliseum was open! Just the architecture at the time was a marvel. It was a perfect square, exactly 360 feet wide on each side.

Unlike most arenas, engineers wrapped the building in grey tinted glass panels, flooding the inside with natural light. But when they needed to cover the 80,000 square feet of windows, the architects designed a special blackout curtain, which at the time, was the largest continuous curtain in the United States.

The Coliseum has been home to decades of Grand Floral Rose Festival parades. From rodeos to Tonya Harding on ice, to the Dalai Lama, the coliseum was the center of Portland's biggest events.

Go back to August 1965, when the Beatles were the biggest thing going, and posed for a photo before their concert at the Coliseum. According to website The Beatles Bible, shortly before arriving in Portland, one of their plane's engines caught fire, causing John Lennon to write down some last messages. They landed safely, and made good on 20,000 of their fans' tickets, which cost only $5 back then!

Veterans Memorial Coliseum was built in 1960. The Blazers played there for 25 years. Led Zeppelin, Elvis and The Beatles have performed there.
BeatlesBible.com

And presidents have visited. In 2008, Senator Barack Obama held a campaign rally to a packed crowd at the Coliseum. 12,000 tickets sold in less than 12 hours.

While the Coliseum is, and always has been, home to the Portland Winterhawks hockey team, it's also the original home of the Trail Blazers.

Remember those short shorts, on long, long legs? The rallying cry of "Rip City, Baby" was born inside the bowl within a square. For 25 years, and 1,093 games, the Blazers magic was so close to the crowd. The very tip-top seats in the Coliseum are basically 200 level in today's Moda Center.

It's where our one, and still only, NBA championship came true with Bill Walton and coach Jack Ramsay in 1977.