Bush made numerous stops in Oregon. KGW dug through our archive video to relive those visits to the Beaver State. 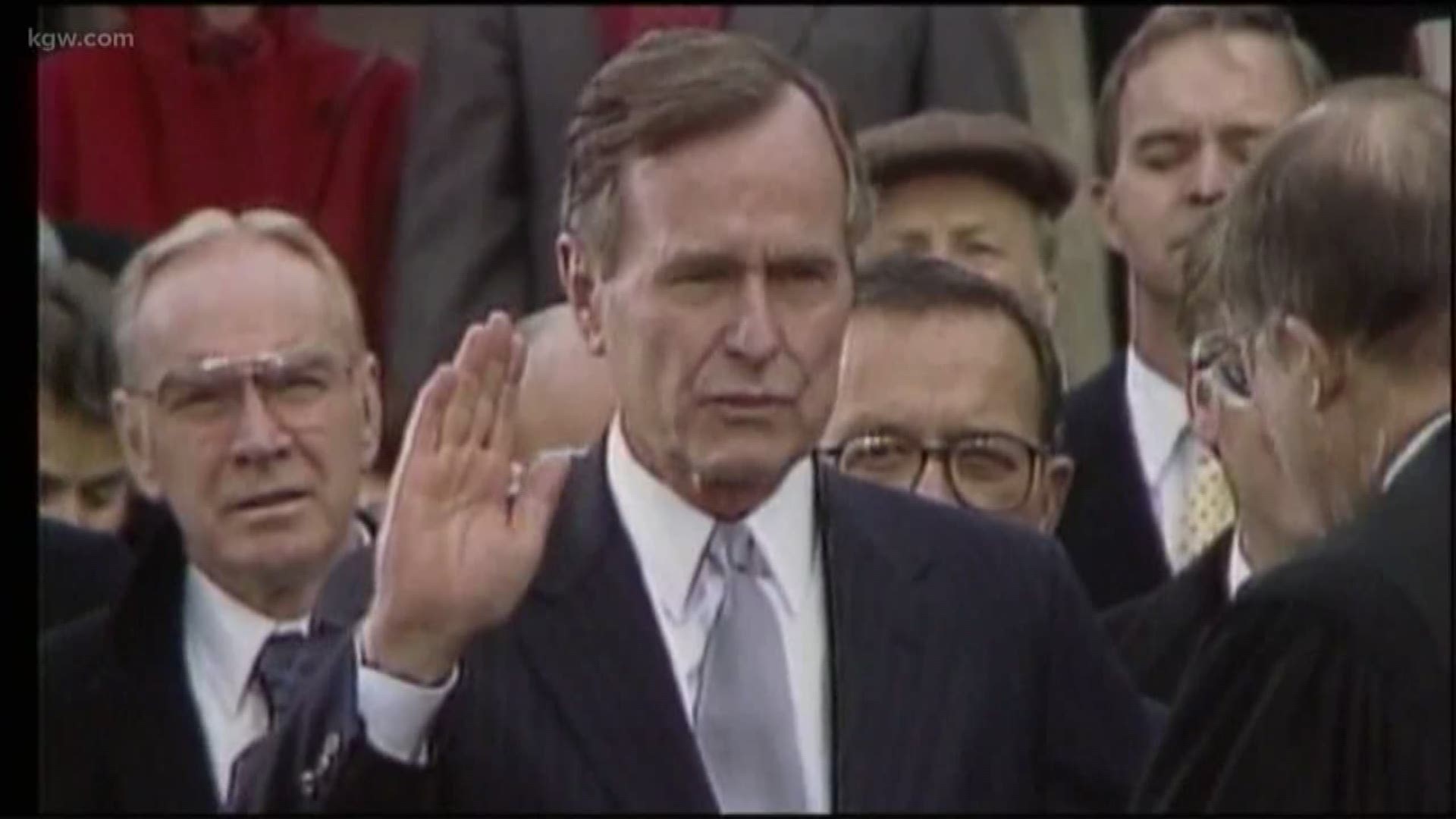 PORTLAND, Ore. — Former President George H.W. Bush has died at the age of 94 on Friday. He was the 41st President of the United States and served as President Ronald Reagan’s vice president prior to taking over the helm of the Oval Office.

During that time, Bush made numerous stops in Oregon. KGW dug through our archive video to relive those visits to the Beaver State.

On the KGW News app? Tap here to view videos

This video is from a campaign stop prior to the state primary in Oregon. Bush was running well behind Reagan, who went on to the win the state handily. Bush would eventually become Reagan’s vice-presidential candidate and they ousted Democrat Jimmy Carter in the November 1980 election

As vice president, Bush visited Oregon to defend the budget policies of the White House, primarily to say the administration will not cut Social Security.

Bush was campaigning for re-election and made a stop in Wilsonville and the Jubitz truck stop.

As vice president, Bush fields questions at a town hall in Portland weeks before the 1984 election.

President George H.W. Bush stops in Seattle and then in Portland for a rally at the square. Very vocal protestors hollered for a while, which he acknowledged.

This was a visit by first lady, Barbara Bush to Portland. Anarchists who called themselves 'Beirut' protested quite violently before and very violently after her visit. This is the full package including sound with Barbara from inside the hotel.