The co-owner of Sniff Dog Hotel waited nearly two hours for police after calling 911 to report what he described as a scary situation involving a disturbed man. 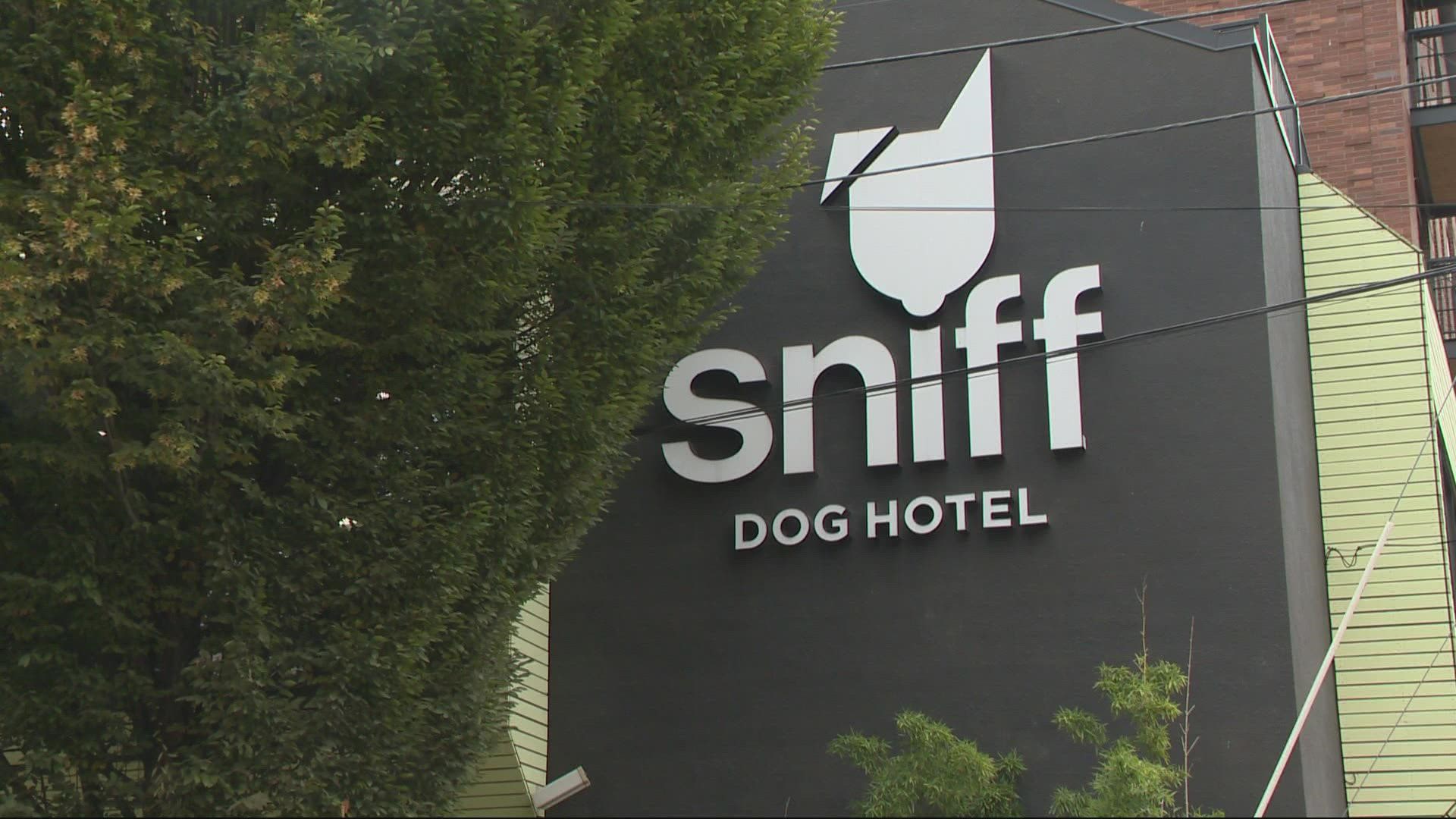 PORTLAND, Ore. — A Northwest Portland business owner waited nearly two hours for police to respond to what he described as a potentially dangerous situation last week. He doesn't blame police but said the ongoing problems at his businesses related to homelessness and mental illness are getting frustrating.

For more than a decade, Sniff Dog Hotel has been at the corner of Northwest 18th and Raleigh, providing boarding, daycare and other services for dog owners.

Co-owner Corey Murry said the surrounding neighborhood has not held up well because of homeless campers causing problems.

“If you would have told me four or five years ago this is what it was gonna look like, now it's 10 times worse,” said Murry.

RELATED: 'Just dropping it in our laps': Neighbors surprised by city's plan to put homeless villages near them

The businessman said they've had to get used to broken windows and other problems. But last Thursday morning was really scary.

Murry arrived to work and observed a man outside with an employee, and a few customers and their dogs.

“I saw an individual that clearly seemed pretty upset and disturbed … and was very threatening and even grabbed, at one point put his hand on our employee's hand," he said. "So, it was a very scary traumatic experience for our employee and even a few customers were coming to check their dogs in."

Murry said everyone got inside and he locked the man out. Then Murry called 911, reporting his emergency.

“Well, an hour later no one showed up,” said Murry.

Another 45 minutes passed before an officer finally arrived.

“I came out here (and) I made it clear with him, like hey I'm not upset with you, but I am upset. And he knew right away. He said, 'I totally understand your frustration.'”

Murry doesn't blame police, saying "their hands are tied, not much they can do. They're short staffed. I know how that works."

Portland police have said that they're short staffed. The bureau said they're down 150 officers in the past year in the midst of a gun violence crisis.

At the request of KGW, a spokesperson looked into the 911 call and found that Thursday's incident was put at “priority 4” by the Bureau of Emergency Communications, the agency that manages 911 calls for the city.  Priority 1-3 calls are the highest priority.

The spokesperson said there may have been some confusion that led to the call being labeled as lower priority. He also said there were other high-priority calls involving weapons happening in the same timeframe.

But Murry believes an hour and 45 minutes too long to wait for a response for any call where people may be in danger, and he wants action from city leaders.

Murry wonders if more can be done in the area to manage homeless campers, proposing something like the city's "Safe Rest Villages" that are expected to open by the end of the year.

“If they were able to make that more organized and build some nice structures and they had some people that were specialists in helping people with mental health [issues] that were there, I'd be okay with that."

He said he's also open to the city's Portland Street Response program addressing the problem. The program is poised to expand citywide next spring.

If that happens, mental health workers could come help resolve certain situations instead of police.

But Murry wonders, after what happened outside his business, if an officer should be on hand, just in case.