Shower, laundry trucks to hit the streets for Portland's homeless 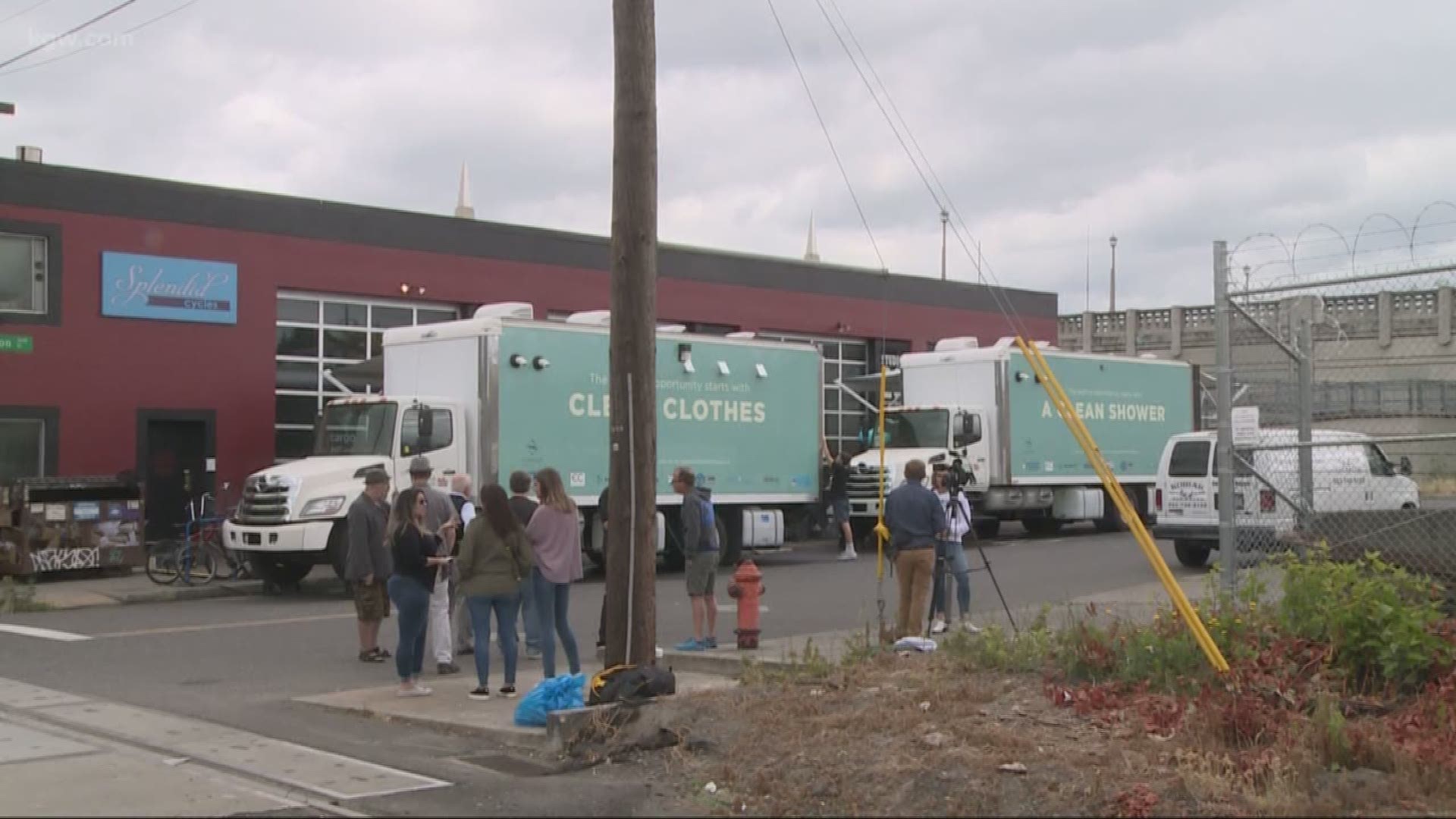 PORTLAND, Ore — Two trucks, sidled with generators and water tanks, will start popping up in various locations around the Portland metro area by early next week.

They’re big, blue, and they're bringing access to the bare necessities: laundry and shower facilities for the area’s homeless population.

“This is Oregon Harbor of Hope’s mobile assistance program,” said Lisa Marandas, the nonprofit’s deputy director and operations manager. “Both of [the trucks] have barber chairs… We will be providing haircuts and cleaning folks up who want to embrace that.”

Marandas said staff started looking at operations in other states in 2017, before eventually buying and renovating the trucks for roughly $400,000.

The money came from private donations and grant funding.

The shower truck comes outfitted with five stalls, one of which is ADA compliant and backs up to a wheelchair lift.

The laundry truck comes with four washing machines and four dryers, along with two barber chairs and a dog washing sink.

“I mean these are things we all take for granted, those of us who are sheltered,” she said. “But our hope is that it’s going to be ‘Yes, we’re offering services and radical hospitality.'”

The trucks will run 5 hours a day, 5 days a week, changing locations at least once a day.

At the moment their list of locations include the Church of the Nazarene, St Francis of Assisi Catholic Church and Splendid Cycle.

Eventually, the goal is to have them out seven days a week.

“It’s very humbling, at least in my eyes,” said Casey Leopard, who came with his dog Lola to wash a load of clothes. “There are a lot of people who don’t give us the time of day.”

Marandas said the trucks' schedule will be posted on Oregon Harbor of Hope’s website.