Sen. Wyden on Kavanaugh: This investigation was a whitewash

"He's talked about a judge being calm and composed and fair to all sides," Sen. Wyden said of Supreme Court nominee Brett Kavanaugh. "What we saw last week was an exercise in raw partisanship, from a nominee talking about this is all about revenge for the Clintons." 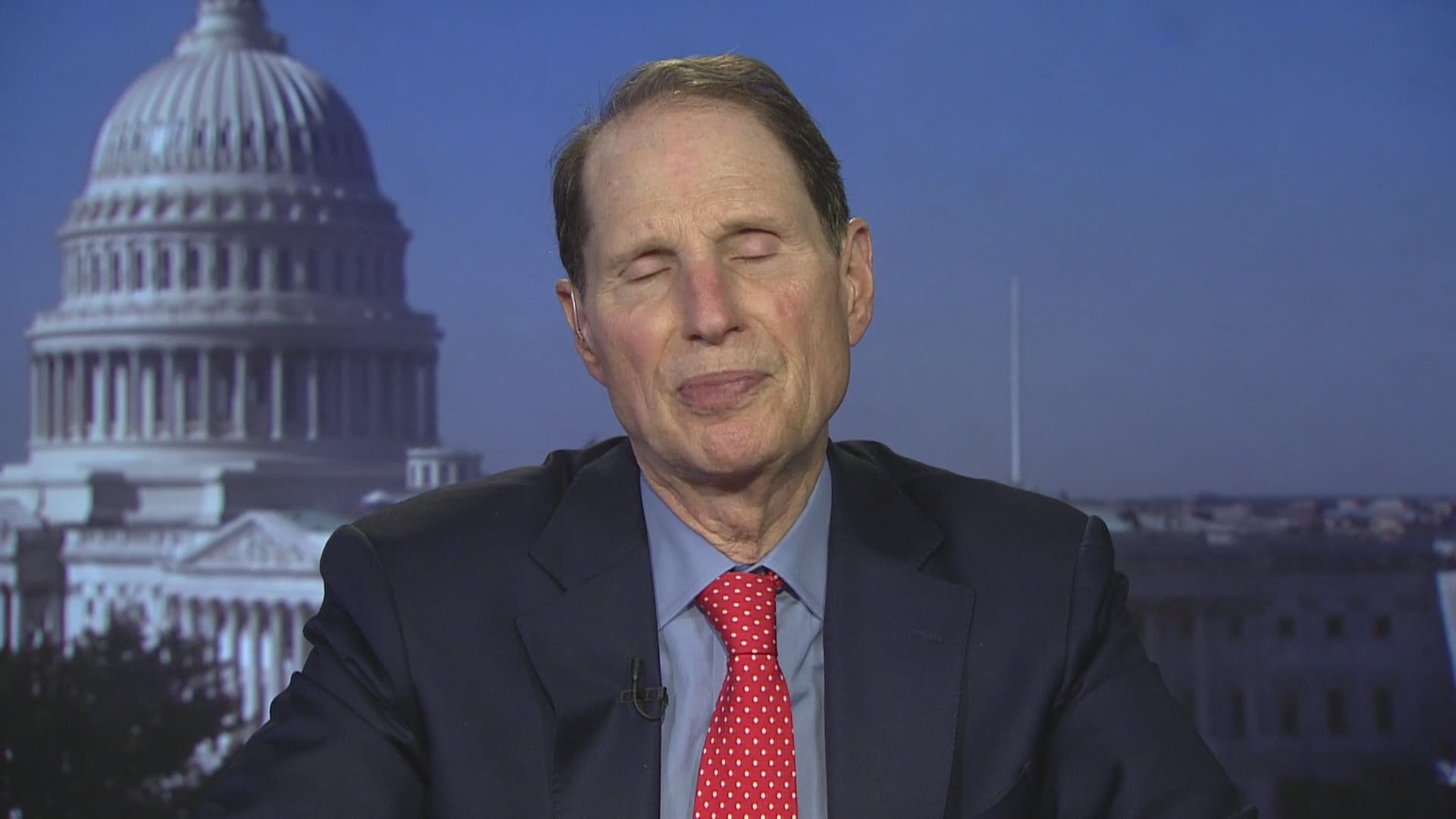 Here are a few highlights from our interview on Friday afternoon:

1. The senator says this is a historic moment and he hopes the Senate "will learn from all of this"

It is certainly a historic moment and I hope the Senate will learn from all of this. I think these horribly outdated attitudes toward women that we have seen over the past few days. I hope that what’s going to come out of this is that the Senate will say that this is much like the dilapidated stage in a theater. You just gotta sweep 'em out and substitute more thoughtful policies that show the Senate really does understand what survivors and women are up against.

2. He says his constituents and other women should continue coming forward:

I want them to know I want them to bring their concerns to us, we will always in our office make sure they’re treated with dignity and respect and deserve. The events of the last few days send a horrible message to young boys. In effect, that message is, if you engage in these violent activities, well, don’t worry too much because the power structure is gonna step up and protect you.

3. On Brett Kavanaugh's demeanor during his hearings:

He’s talked about a judge being calm and composed and fair to all sides, what we saw last week was an exercise in raw partisanship, from a nominee talking about this is all about revenge for the Clintons. If there had been a female nominee who had asked a male US senator about their drinking habits, the whole process would be over right then and there.

4. He says the FBI investigation into Kavanaugh the past few days has been a "whitewash":

My sense is the White House went to great lengths to handcuff this investigation and produce a predetermined outcome. I’ve served on the Senate Intelligence Committee for quite some time, and have been to the room where you deal with intelligence matters. I can tell your viewers there was nothing classified in those documents. I can't go into specifics. In my view, this investigation was a whitewash. A significant amount of what I read ought to be made available to the people of Oregon and the people of this country.

5. On Russians or other countries meddling in the midterm elections: