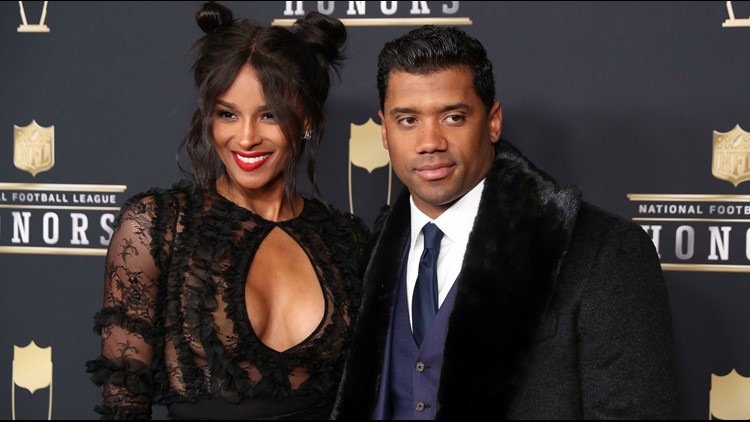 Seattle Seahawks Russell Wilson, Doug Baldwin, and Grammy-winning singer Ciara are among the featured speakers at this year's Seattle WE Day. The event is aimed at empowering young people to make a difference in their communities.

WE Day organizers say over 16,000 students and educators are expected to attend the May 3 event at KeyArena in Seattle.

Ciara and Wilson, her husband, are serving as co-chairs.

"Our years of involvement with WE have inspired us on so many levels. It is so empowering to experience the unwavering determination, passion and love the kids have at WE Day Seattle," Ciara said in a statement.

"From the young people on-stage sharing their challenges and triumphs, to the thousands of students in attendance who prove what caring for others can achieve, the energy and positivity at WE Day Seattle is unparalleled," Wilson said in a statement.

WE Day and its educational program have been celebrated in Seattle for the last few years. The model empowers and challenges young people to act with intention, and lead with compassion. Elementary, middle and high school students learn how to tackle local and global issues, from bullying and homelessness, to poverty and the environment.

Here is the full list of speakers and performers for WE Day Seattle.

Season 23 of Dancing with the Stars, and KPMG US Literacy Champion

Craig and Marc Kielburger - Co-founders of WE

Becky Savage - Walgreens ambassador for the #ItEndsWithUS Campaign, Founder of The 525 Foundation

Esera Tuaolo - Former NFL Player, CEO & Executive Director of Hate is Wrong, speaker, author, and singer who was a top-16 finalist of season 13 of The Voice.

Spencer West - ME to WE motivational speaker, WE ambassador and author