A year-round resource available to anyone is the Disaster Distress Helpline: 1-800-985-5990 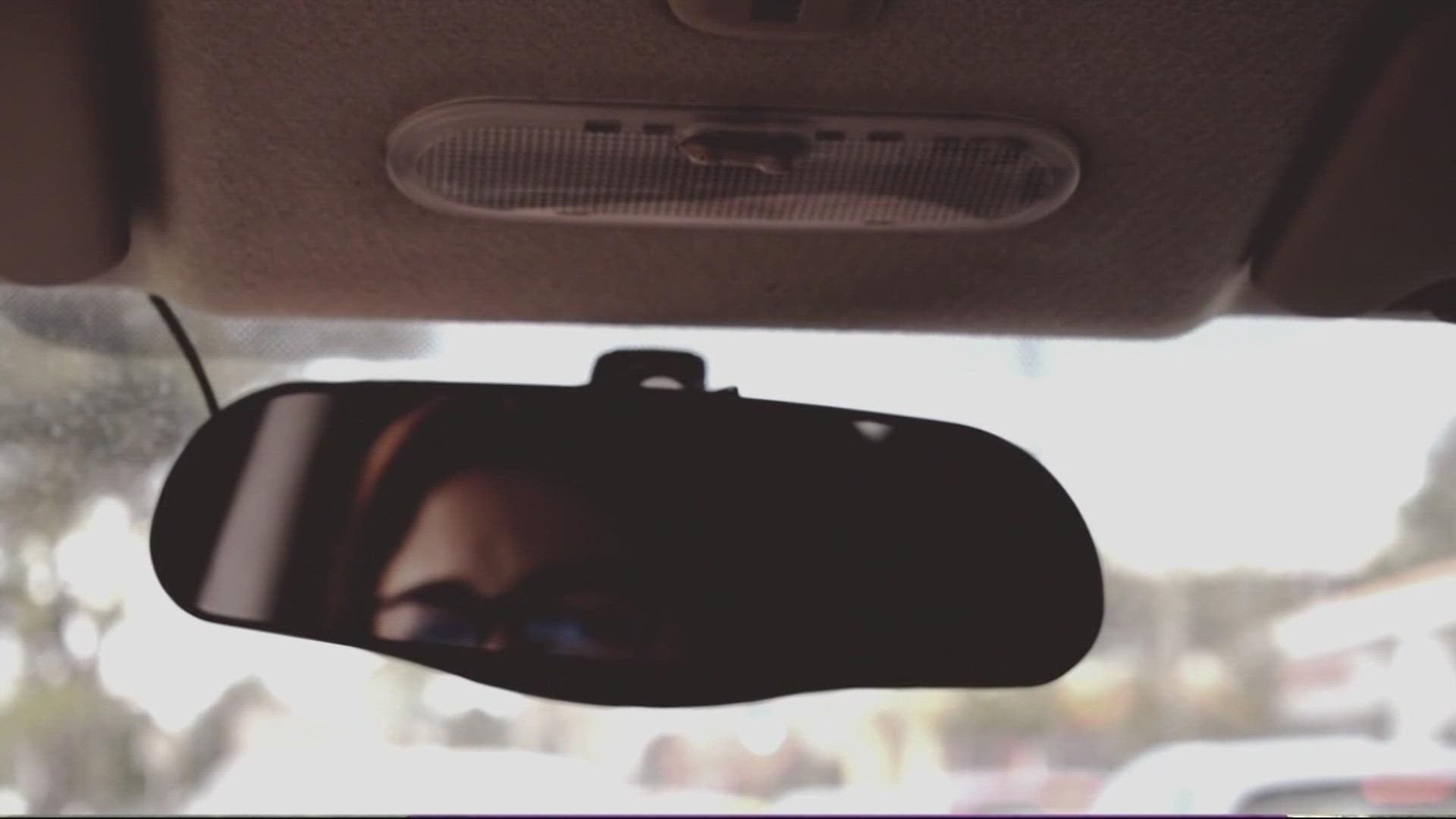 JACKSON COUNTY, Ore. — In the western half of the United States, big fires are still raging across the landscape leaving behind nothing but scorched earth. 2020 was particularly devastating not only because of the lasting impact on the landscape but also because of the toll on people's mental and emotional wellbeing that may take a lifetime to recover.

In 2020, roughly 1.2-million acres burned, destroying more than 5,000 homes and buildings. People in Southern Oregon survived one of the most destructive and unprecedented fires in the state, the Almeda Fire. More than half of the homes that burned in Oregon were located in Jackson County. Almost a year later, there are still piles of rubble, and people living there are still dealing with the mental fallout.

“I had to rush and get both kids in the car,” said Pantoja.

The impact of the Almeda Fire on her family has been immeasurable.

"Emotionally it's been really hard not only for myself but for my daughter. She's actually in therapy now,” Pantoja explained.

Her daughter, Genesis is just 6 years old. Pantoja said she’s diagnosed with PTSD from the fire. Both daughter and mother continue to go through therapy.

These days Pantoja said her anxiety is easily triggered, especially with the stress of finding stable housing and trying to get help from FEMA.

Other fire survivors, like Anna D'Amato, are also having a tough time.

“When it gets smoky or the temperatures start getting a certain way, or the winds start blowing the way it was that day, we sort of go back to that day like, ‘Oh is it gonna happen again? Can it happen again?'”

“I find it's still hard to focus sometimes, I have to make more lists. I'm distracted easily and there are things that I can't really remember before the fire,” said D’Amato.

The anxiety also extends to first responders in the area.

“We're not just expecting to run a call. We're expecting the worst every time,” said Aaron Bustard, a captain for Jackson County Fire District 5. Bustard has been with the fire district for about 17 years. He remembers the Almeda Fire moving quickly, fueled by dry vegetation and strong wind.

“It was kind of overwhelming because we never see anything like it,” Bustard said.

According to Bustard, there was just nine firefighters on staff that day.

“I'd asked when are the resources getting here and we were just told, ‘There's nothing coming,’ said Bustard. The lack of resources was attributed to the fact that there were multiple fires burning across Oregon at the time. “It felt pretty defeating... It was frustrating, very frustrating."

Now, first responders still have daily reminders of what happened each day they come to work.

“We still look at areas of our community that residents haven't been able to come back to,” said Bustard.

In the end, roughly 2,500 homes were burned in the Almeda Fire. Added to the constant reminders of what happened, many first responders experience a heavy guilt.

“All of us felt so bad about what happened. We felt almost like we failed,” Bustard said.

But he said the mental health resources through the firefighters union helped a lot.

Credit: Ahturner - stock.adobe.com
Aerial view of burned down houses from the 2020 Almeda wildfire in Southern Oregon

There are other resources available to people who are struggling with mental health issues. One of them is the American Red Cross, which has licensed mental health professionals who volunteer their time responding to disasters across the United States.

She said during last year's fires, there were 30-35 Red Cross volunteers from other states rotating in to help.

A year-round resource available to anyone is the Disaster Distress Helpline at1-800-985-5990. It's open 24 hours a day and 365 days a year for anyone dealing with a disaster or the aftermath. It's staffed by counselors who can cater to more than 100 different languages.

Back in Southern Oregon, D'Amato, who is also a trained therapist, is now rebuilding her home. Her familiarity with trauma and mental health has helped her get through tough times. She said one way people can try to get through moments of anxiety is to stop and take four to five deep breaths. Going for a walk or talking to friends can also be helpful.

Pantoja hasn't found a technique that works for her yet but she finds comfort in being prepared.

“We're ready. We have all the important documents. We know where they're at. We have our backpacks. I did some research on what we should have,” Pantoja said.

For now, she's still dealing with the mental and emotional fallout associated with the fire but she's grateful to have her family and a place to stay. The family of four is currently living in a travel trailer but Pantoja continues to work hard to try to find a place to rent for her family.

“It's gonna take more than a year to kinda just have our normal lives back,” said Pantoja.

If you know someone who has lost a home or is struggling due to a fire or other disaster, experts say don't try to shift the focus onto the positives especially if that's not the person's perspective. The best thing to do, experts say, is to be present and acknowledge whatever the person is feeling.