What the new transgender law in Florida means for female athletes 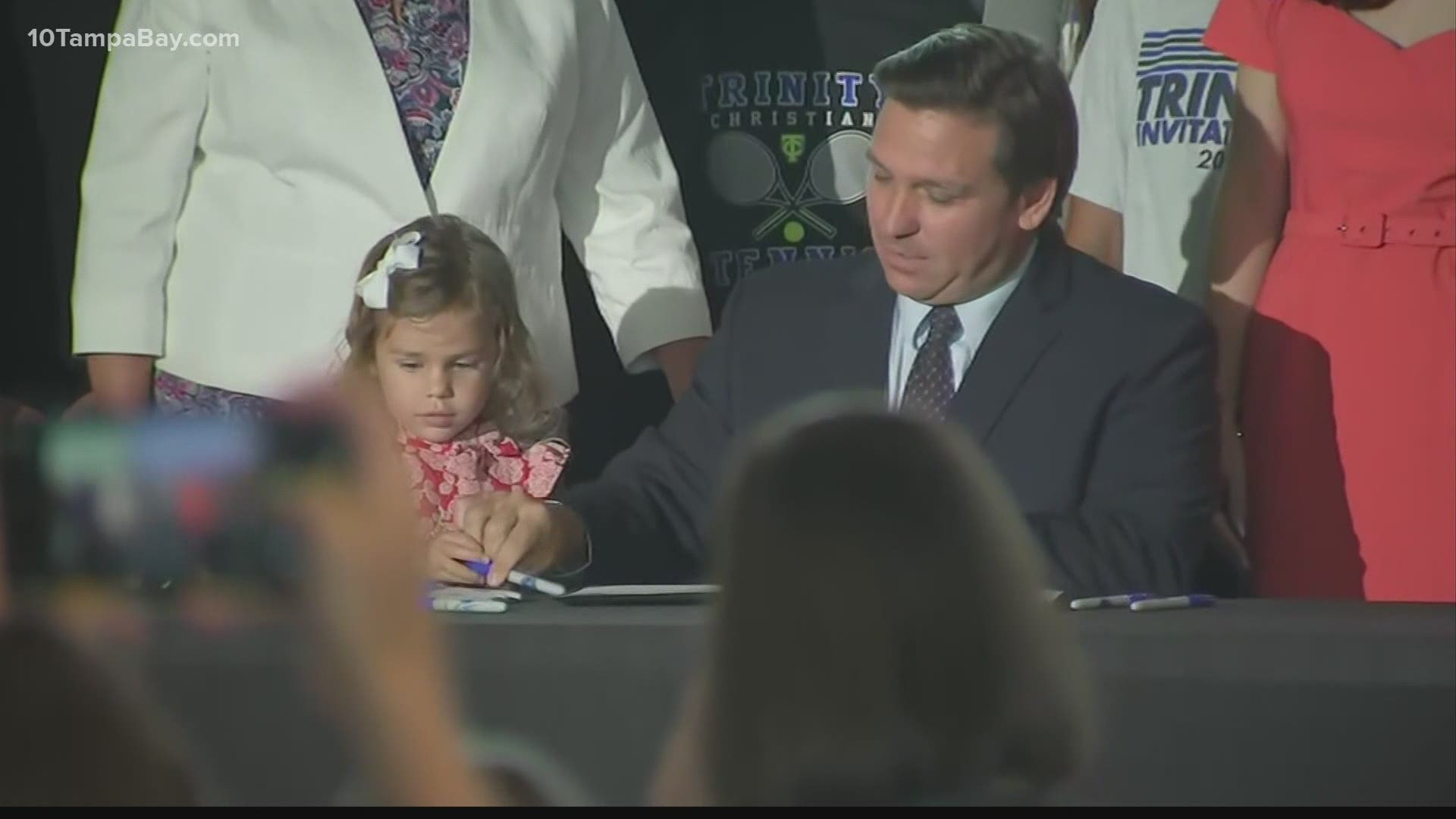 GAINESVILLE, Fla. — One day after Florida Governor Ron DeSantis signed a bill banning transgender girls from participating in women's sports, 10 Tampa Bay is taking a deep dive into what this means for all the female athletes across the state of Florida.

DeSantis signed the "Fairness in Women’s Sports Act" on Tuesday, which goes into effect on July 1.

The law says female student-athletes need to provide birth certificates listing them as girls at birth in order to participate in school sports designated for women. It will also allow other students to sue schools that ignore the legislation and allow transgender women or girls to play on designated women's teams anyway.

If you read through the legislation, you'll notice that the bill addresses a number of other issues such as rules for charter schools and learning loss caused by the COVID-19 pandemic.

Out of the 73-page bill, female athletics is only discussed on pages 62-64.

The exact wording in the bill says:

How will the new law be enforced and by whom? Again, according to the law on the books:

An earlier version of the legislation stated that confirmation of a student's biological sex would have to be sought from a health care provider, which could include a doctor examining their genitals. That was omitted from the final bill.

10 Tampa Bay reached out to the Florida Department of Education and the Florida High School Athletic Association (FHSAA) about enforcing the new law. The Education Department said to contact the FHSAA.

A spokesperson with the FHSAA said, "All athletes are already required to submit their birth certificates to their schools."

All eligible students should have the opportunity to participate in interscholastic athletics in a manner that is consistent with their gender identity and expression, irrespective of the gender listed on a student’s birth certificate and/or records.

According to a spokesperson, the FHSAA does not have any information on the number of transgender athletes competing currently or how many have competed in the past.

The NCAA did not directly respond to Florida's new law banning transgender girls from female athletics but a spokesperson did send a link to their official statement around state transgender legislation. It says in part, "The NCAA Board of Governors firmly and unequivocally supports the opportunity for transgender student-athletes to compete in college sports."

The NCAA has a long-standing policy which includes a pathway for transgender athletes to play on teams they identify with. According to their official statement, "Our approach — which requires testosterone suppression treatment for transgender women to compete in women’s sports — embraces the evolving science on this issue and is anchored in participation policies of both the International Olympic Committee and the U.S. Olympic and Paralympic Committee."

►Stay In the Know! Sign up now for the Brightside Blend Newsletter