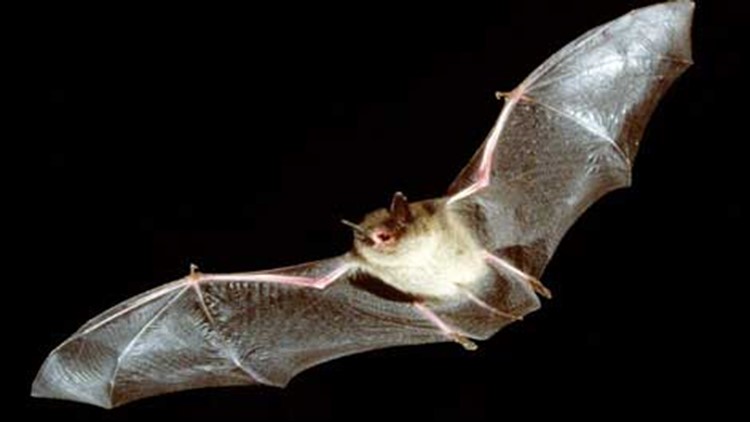 MARION COUNTY, Ore — A person visiting from out of state was bitten by a rabid bat in Marion County, health officials said.

The bat bit the unidentified person on Aug. 3 in the Breitenbush area, east of Salem.

The bat was captured and sent to Oregon State University, where scientists confirmed the it had rabies, Marion County health officials said.

Health officials recommended the person who was exposed be given a rabies vaccine.

Bats are the most common carriers of rabies in Oregon, according to the Oregon Health Authority. About 8-10% of bats tested for rabies in Oregon test positive each year.

Four bats have tested positive for rabies in Oregon so far this year.

What to do if you encounter a rabid bat

Do not approach bats, wildlife, or other mammals seen exhibiting odd behavior. If you find a bat, stray animal or other wildlife on your property, take children and pets indoors and authorities emphasize the main protection for humans is to make sure pets are vaccinated and to avoid contact with stray animals and wildlife. Public health officials advise taking extreme precautions before attempting to handle a bat. If it is necessary to pick up a bat, it is best to wear heavy gloves, use a shovel or both.

Sick bats may be seen flopping around on the ground or otherwise acting unusual. If you find a sick bat or other sick wildlife on your property, take children and pets indoors. If you do have an exposure (e.g., scratch or bite) from a bat, immediately clean the wound and seek medical attention. If your pet has encountered a bat or been bitten by a wild animal, contact your veterinarian immediately or call the Oregon Department of Fish and Wildlife at 866-968-2600.

In the event of bat contact such as a bite or scratch, an attempt should be made to safely capture the bat for testing for the rabies virus. Efforts should be made to collect the bat without destroying the head and the bat should be kept in a cool place. Immediately seek medical attention and report the incident to Marion County Health & Human Services at 503-588-5346.