Portland high school senior to represent the Philippines at Olympics

Asa Miller has dual citizenship because his mother was born in the Philippines. He will ski the Giant Slalom race. 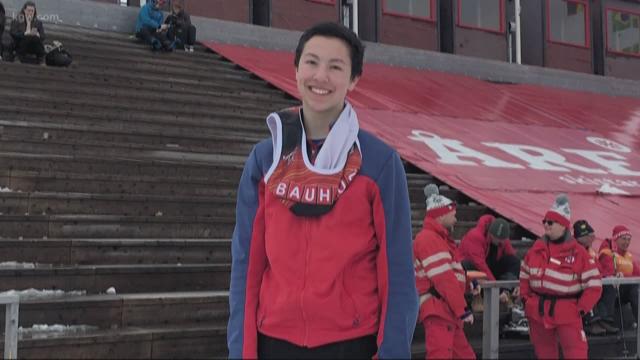 PORTLAND, Ore. -- A Lincoln High School senior will be the only athlete representing the Philippines at the Winter Olympics.

Asa Miller has dual citizenship because his mother was born in the Philippines. He will ski the Giant Slalom race.

“I'm pumped, I don’t know how to explain it but I know once I get there my adrenaline and excitement is just gonna increase like crazy!” Miller said.

Photos: Portland Olympian will ski for the Philippines in PyeongChang

Photos: Portland's Asa Miller will compete for the Philippines in PyeongChang

1 / 9
Asa Miller, 17, a senior at Portland's Lincoln High, will compete in the giant slalom in PyeongChang, representing the Philippines. (Miller family photo)

Born and raised in Portland, the teen skied with the Meadows Race Team on Mount Hood since he was eight years old.

Last year he competed in the Junior World Championships in Sweden and finished well behind the leaders. But he's learning and improving.

He dreamed of joining the U.S. Olympic team but discovered he could apply to ski for the Philippines and took the chance. He met the qualifying time in December and was accepted on the team.

At Mt. Hood Meadows, one of his coaches is 4-time Olympic skier AJ Kitt.

“He's a homegrown hero for us,” said Kitt.

The coach said Miller will be racing at a level of competition above anything he's ever seen, but maybe that’s OK.

“It’s a once in a life time opportunity, and he's very young and inexperienced and that may play to his favor. Not going in with any great expectations might help him out,” Kitt said.

It is the adventure of a lifetime, and the senior from Lincoln cannot wait.

“I've seen the athlete's video and it looks awesome!” he said.

Miller’s father said the Philippines will pay for his son’s expenses once he reaches South Korea but there are lots of expenses before that. Intel kicked in some money to help but the family is trying to raise more. Here is a link to his GoFundMe page.