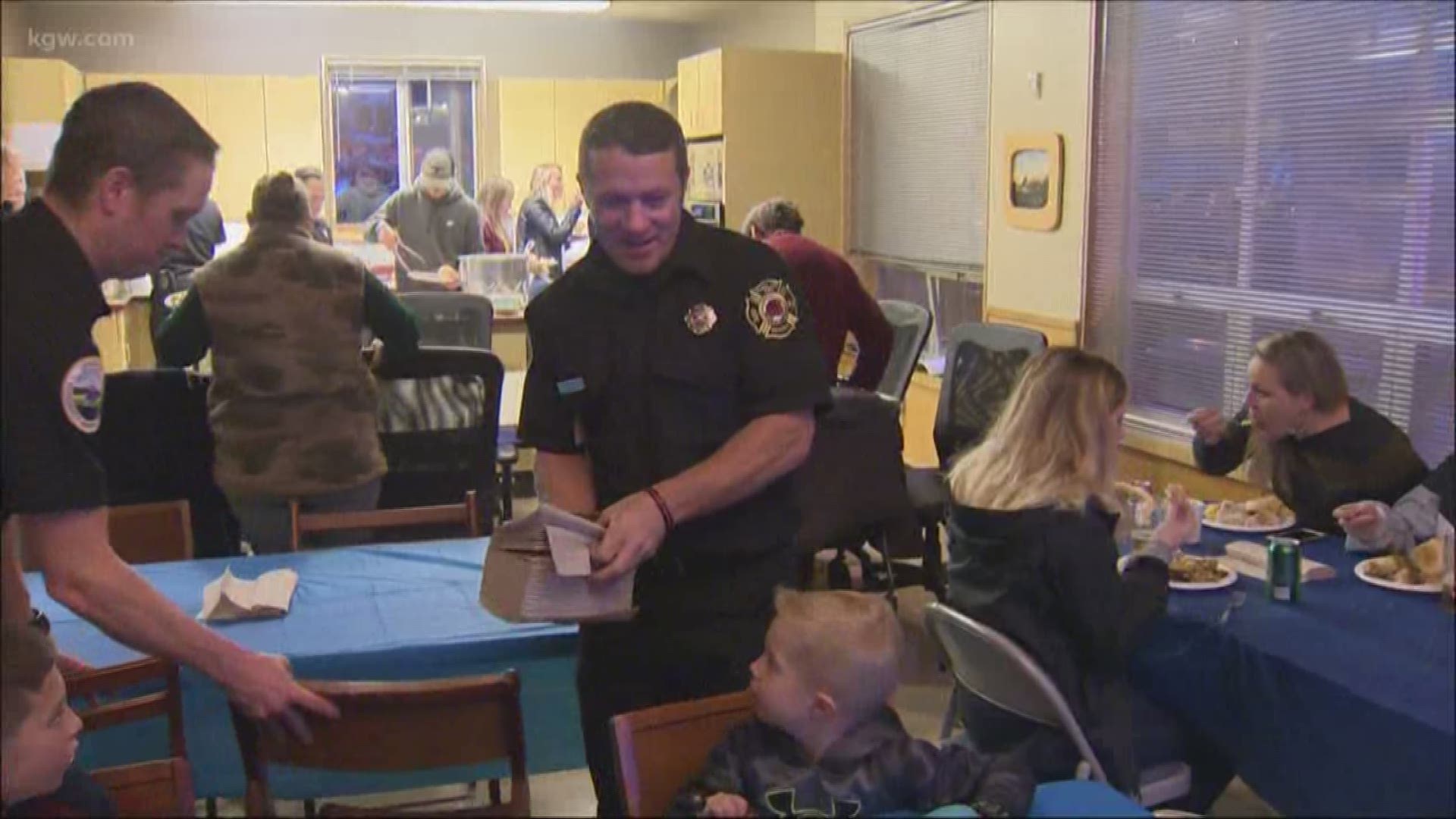 They just returned from Paradise, California, where they helped crews fight the Camp Fire, and saw the devastation first-hand.

Portland Firefighters Phil Dearixon and Keith Baas were among them. Both work at Portland Fire Station 8. They had committed to staying in California until the day after Thanksgiving, but when things cleared up they got to come home a few days early. Both had to work on Thanksgiving, but given everything they’d just seen, they said that didn't’ feel like much of a sacrifice.

“It was just utter devastation, I’ve never seen anything like it,” Dearixon said. “People lost everything.”

“We talked to so many people who had the same story,” added Baas, “That the only thing they had left was the clothes they were wearing.”

Crews from Portland Fire Station 8 and Station 24 in North Portland gathered to eat Thanksgiving dinner together, along with many of their loved ones who were able to join them.