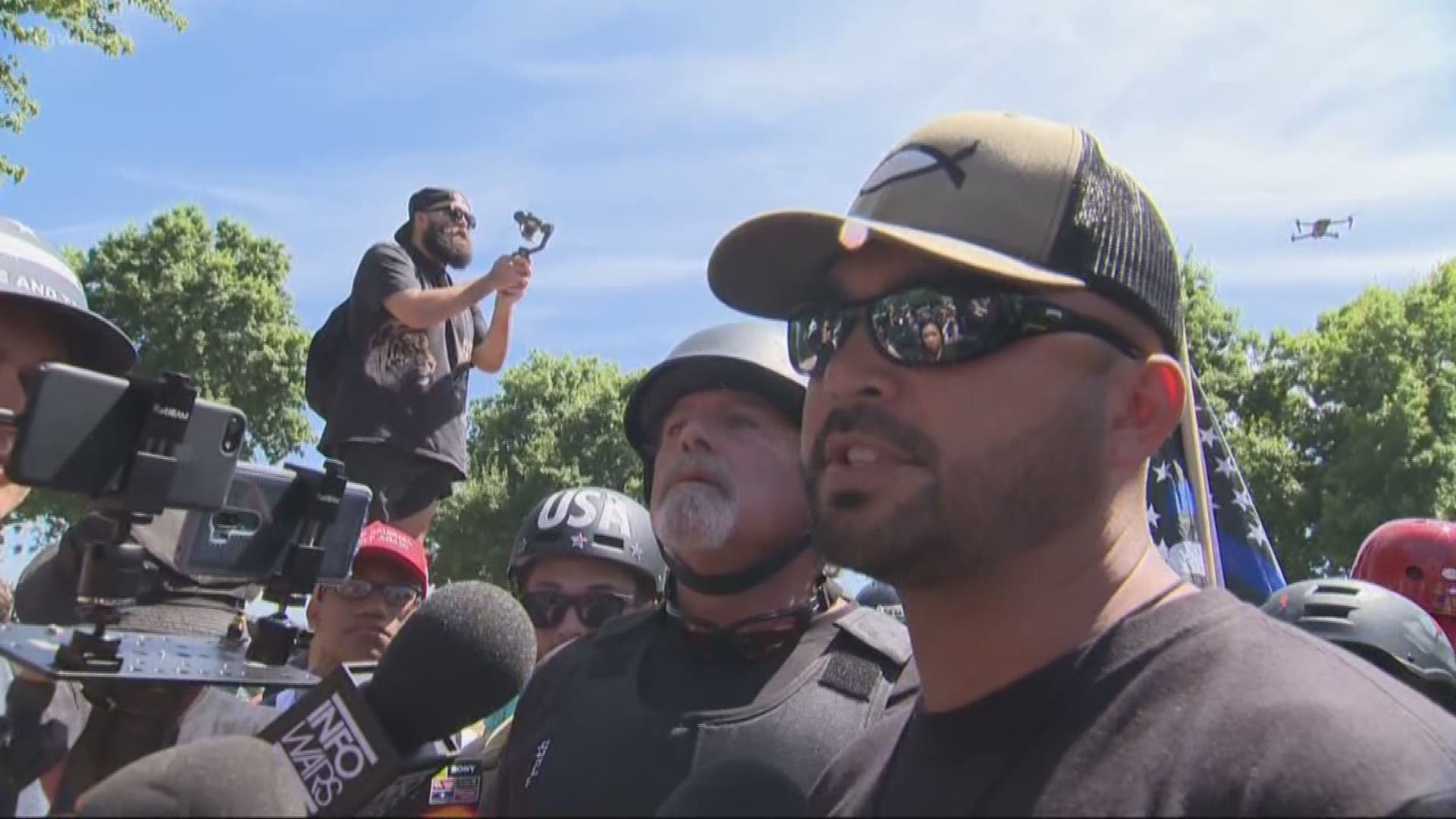 PORTLAND, Ore. — Portland Mayor Ted Wheeler on Friday evening ordered an independent investigation "to review the existence of bias in the actions of the Portland Police Bureau leading up to and during demonstrations involving alt-right and anti-fascist protesters."

Wheeler also said he and Police Chief Danielle Outlaw will implement training around how to identify white supremacy based recommendations from the Oregon Justice Resource Center, Council on American-Islamic Relations Oregon and the Western States Center.

The decisions come a day after Willamette Week first detailed friendly text messages between Lt. Jeff Niiya, who is commander of the police rapid response team, and Patriot Prayer leader Joey Gibson. Niiya has since been ordered to stop talking with event organizers, and was removed from the rapid response team until an investigation is completed, the police bureau said.

Earlier on Friday, Wheeler reaffirmed his stance the text messages were disturbing.

“This is very upsetting to me as the mayor because at first blush what these hundreds and hundreds of text messages seem to show is an inappropriate sense of bias and favoritism towards Mr. Gibson and the people he associates with, and that crosses a lot of lines in my opinion,” Wheeler told KGW on Friday.

Gibson’s right-wing Patriot Prayer group has been involved in several violent clashes in Portland with left-wing anti-fascists since President Donald Trump was elected. Wheeler said the demonstrations, which he says attracts white supremacists and white nationalists, create a disruption in Portland and instill fear in some people in the community.

Wheeler said he was surprised and angry when he first read Willamette Week’s report. He said Niiya’s apparent encouragement, advice for avoiding arrest and clarification of where opposing demonstrations will take place shows favoritism.

“This just strikes me as highly irresponsible,” Wheeler said.

Portland City Commissioner Jo Ann Hardesty on Thursday said the text messages did not surprise her.

“This story, like many that have come before it, simply confirms what many in the community have already known – there are members of the Portland police force who work in collusion with right-wing extremists,” Hardesty said.

Wheeler said he recognizes the longstanding concern in Portland about police bias and showing favoritism to the “alt-right.”

“Regardless of where you are on this, these text messages can only confirm those worst fears,” Wheeler said.

In a video posted on Facebook, Gibson said the conversations between him and Niiya were like many he's had with police officers across the country. He said he didn’t think the conversations with Niiya gave Patriot Prayer an upper hand during the clashing demonstrations.

Wheeler said while he supports Portland police officers, the bureau needs to be held to a high standard.

“Policing needs to be content neutral. The only way that people in this community will trust the police bureau is if they believe that they are in fact treating everybody the same,” Wheeler said.

A community listening session has been scheduled for Thursday, Feb. 21. The event takes place from 6-8 p.m. at the Maranatha Church at 4222 NE 12th Ave. The goals of the session are to hear concerns and solutions from the public, the police bureau said. Mayor Wheeler and Chief Outlaw will be there.