Wheeler spoke in Washington, D.C., where he was attending the U.S. Conference of Mayors. 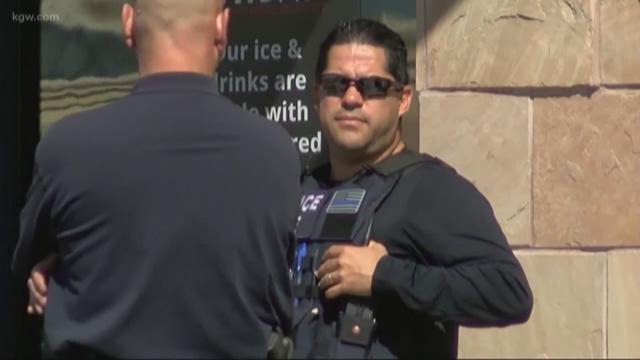 PORTLAND, Ore. – Portland Mayor Ted Wheeler on Wednesday responded to the Department of Justice’s threat to subpoena 23 sanctuary cities, including Portland, if they do not provide documents showing whether police are sharing information with federal immigration authorities.

“This is one of the most disappointing actions from a White House in my lifetime,” Wheeler said.

Wheeler spoke in Washington, D.C., where he was attending the U.S. Conference of Mayors. The mayors held a news conference in response to the DOJ’s demand. Watch Wheeler's remarks

This week I am in Washington DC for the US Conference of Mayors. My Colleagues and I were holding a news conference when word came down about the @TheJusticeDept increased threats to subpoena sanctuary cities. Here's my response: #USCMwinter18 #HereToStay pic.twitter.com/LcfqB163nA

Wheeler said the threat was insulting, and demonstrates a lack of a moral compass in the leadership of the United States of America.

Oregon Governor Kate Brown responded to the demand on Twitter, saying "Oregon will not be bullied by a Trump administration that's focused on dividing our country."

Oregon will not be bullied by a Trump Administration that's focused on dividing our country. Oregon’s laws are in place to uphold the civil rights of all Oregonians. The federal govt cannot, under the US Constitution, force state law enforcement officers to implement its policies

Last year, Sessions threatened to withhold millions of dollars of federal assistance if local governments could not prove that they were cooperating with federal authorities. Federal courts in California and Illinois blocked the administration's efforts.

“I continue to urge all jurisdictions under review to reconsider policies that place the safety of their communities and their residents at risk,” Sessions said Wednesday in a written statement. “Protecting criminal aliens from federal immigration authorities defies common sense and undermines the rule of law.”

“The people of this country should hold Jeff Sessions and the White House accountable for this action. They need to know that this is agreed to, this is not the value of America, this is not who we are fundamentally as a people and we will not stand for it,” Wheeler said.

The mayors were scheduled to head to the White House on Wednesday for a meeting with Trump on infrastructure. A group of them, including Wheeler, decided to boycott the meeting in the wake of the DOJ's demand.

President Trump said mayors who boycotted the event are placing the needs of illegal immigrants above citizens.

USA Today's Kevin Johnson and the Associated Press contributed to this story.