Since he announced his bid for president on March 1, Inslee has campaigned in Iowa, Nevada, Texas, California, New York and New Hampshire. 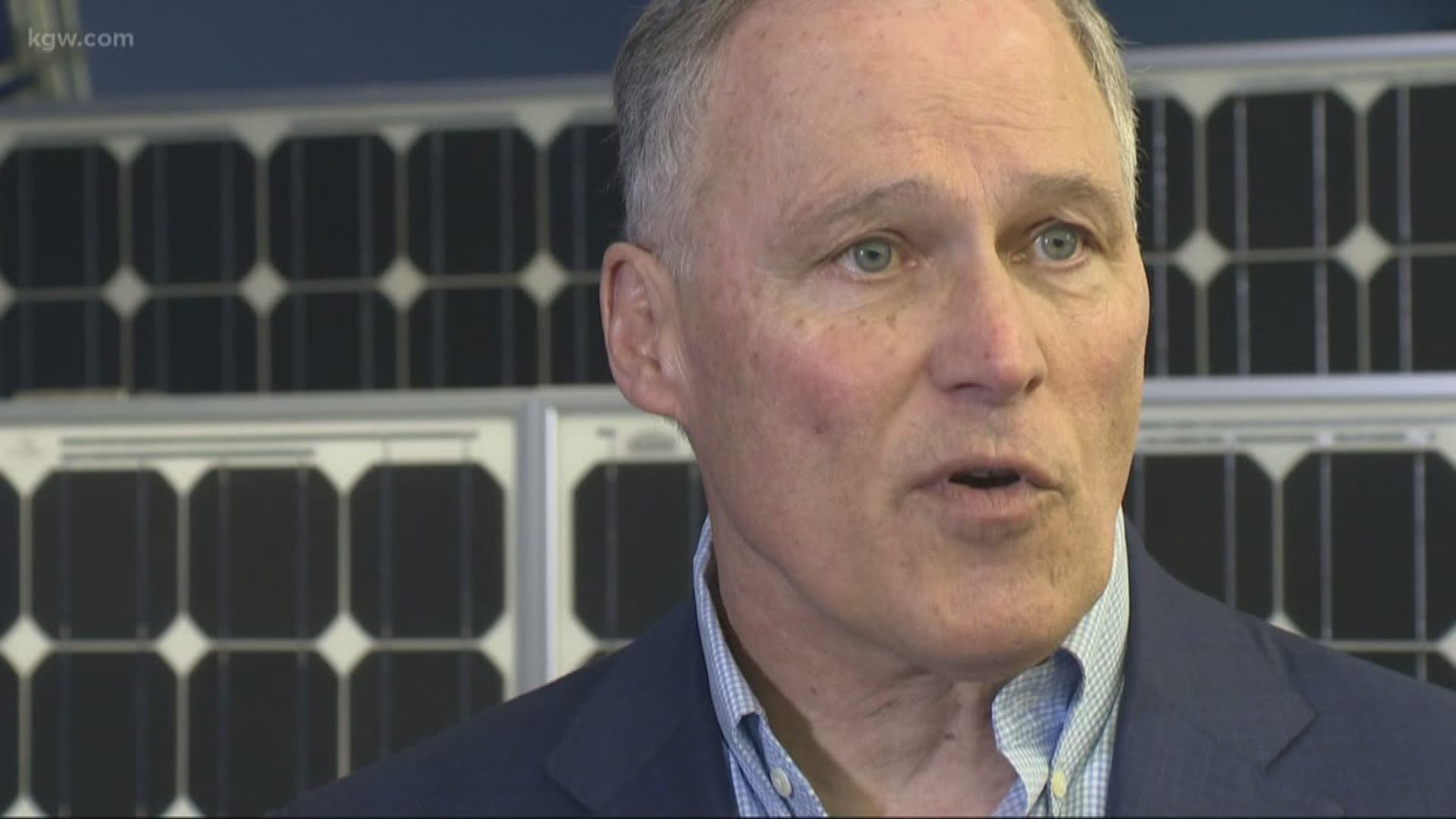 PORTLAND, Ore. — Washington Governor Jay Inslee made a campaign stop in Oregon on Saturday in his bid for the Democratic nomination for president. Inslee met with union leaders at the International Brotherhood of Electrical Workers Local 48 Training Center in Northeast Portland.

Inslee said he is focused on the need to create clean energy jobs across the country while defeating climate change.

“Defeating climate change needs to be the number one priority of the United States,” Inslee told reporters. “We have to defeat climate change so that we can give our kids a future.”

Washington’s Governor hopes to stand-out in a crowded field of Democrats seeking the nomination by focusing on climate change.

“I am the only candidate who says this is the first priority,” said Inslee.

“This used to be a graph. It used to be a chart,” explained Inslee. “Now it is Paradise, California burning to the ground. It is Houston underwater.”

Inslee, who became governor in 2013, has been a well-known name in Washington politics for a quarter century. He served in the state legislature and Congress. Now, Inslee is trying to make a name for himself on the national stage.

Since he announced his bid for president on March 1, Inslee has campaigned in Iowa, Nevada, Texas, California, New York and New Hampshire.

Campaign staff said Inslee also visited donors during a pair of fundraising events Saturday in Portland and Vancouver. He’s expected to campaign in Chicago on Sunday.