Walkouts in Oregon politics used to be rare, but not anymore

For the third time in the past 10 months, Oregon Senate Republicans have walked out in protest of legislation being pushed by Democrats. 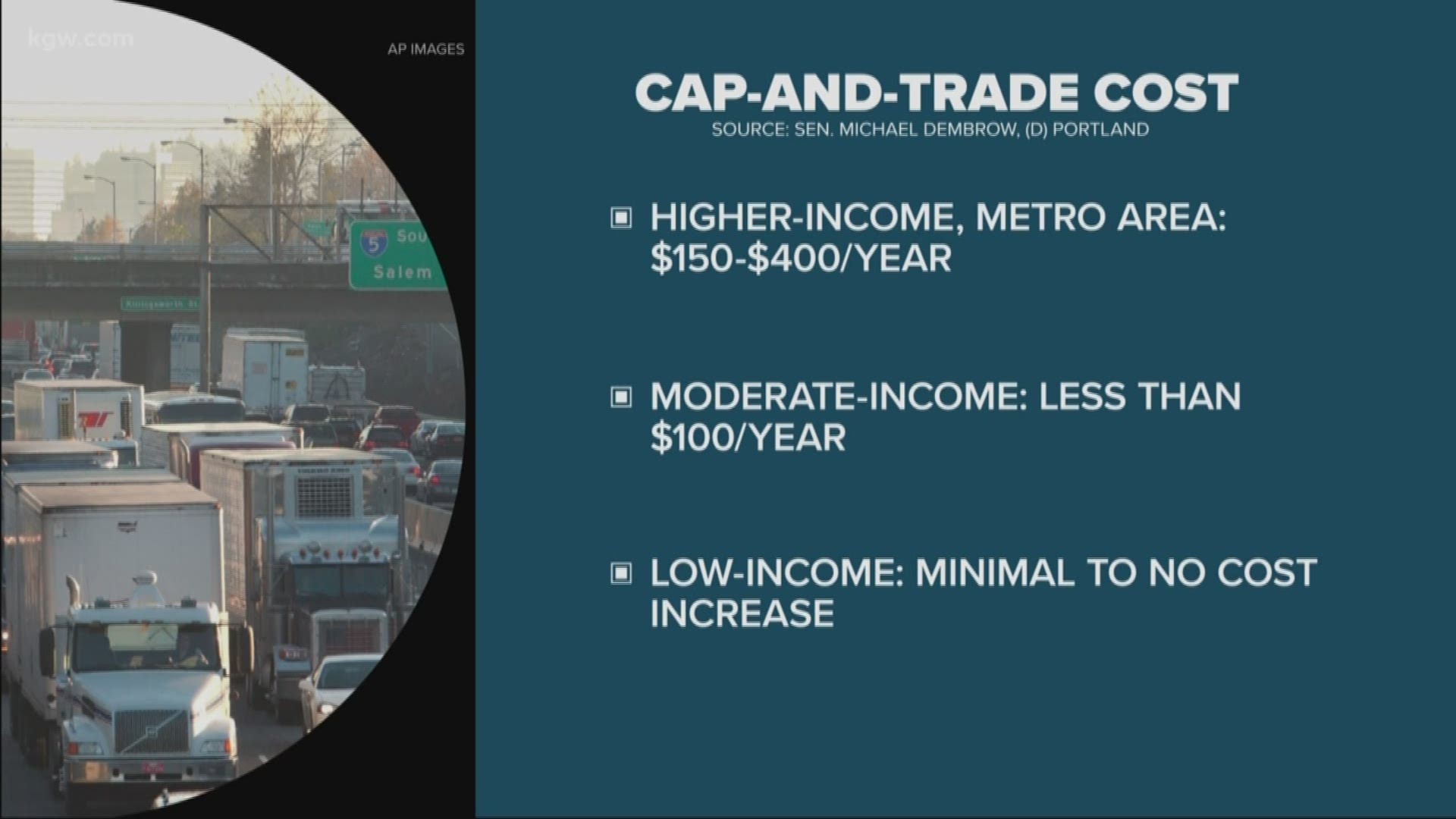 SALEM, Ore. — For the third time in the past 10 months, Oregon Senate Republicans have walked out in protest of legislation being pushed by Democrats, who have supermajorities in both the House and Senate.

The latest walkout, which began Monday, is in protest of Senate Bill 1530, a cap-and-trade energy conservation bill aimed at dramatically lowering the state's greenhouse gas emissions by 2050.

Republican senators say the key elements of the bill should be decided by voters. An amendment to send Senate Bill 1530 to the voters was defeated Monday before GOP Senators walked out.

This is the second time Republicans have walked out over a cap-and-trade bill. They boycotted the legislative session last June. Oregon Gov. Kate Brown sent the state police to find the absentee senators but most had left the state.

The boycott ended after nine days when Senate President Peter Courtney said the majority Democrats lacked the votes to pass the legislation.

While walking out and using state police to find legislators is uncommon, it’s not unprecedented.

Republicans also walked out of the Senate in May 2019 in protest of a school funding tax package, denying the chamber enough lawmakers to continue with a vote. The sergeant-at-arms of the Oregon Senate was ordered to search the Capitol for Republican senators who were refusing to attend. The standoff lasted four days, until the governor struck a deal to table legislation on gun control and vaccine requirements.

In 2007, state troopers were sent to an Oregon State University baseball game to bring Republican senators, who walked out over a tax deal, back to the Capitol.

In 2001, House Democrats staged a five-day walkout to prevent a Republican maneuver to redraw state legislative districts. Brown, who was the Senate Democratic leader, supported the walkout.

The walkout tactic has also been used outside of Oregon, sometimes creating comical scenes. Abraham Lincoln once leapt out of a window in an attempt to deny a quorum when he was a lawmaker in Illinois.

In Washington D.C. three decades ago, U.S. Sen. Bob Packwood (R-Oregon) was carried feet first into the Senate chamber after Democrats ordered the arrest of Republican senators who were denying a quorum.

In 2003, Texas Democrats fled to neighboring Oklahoma to deny a quorum, holing up in a Holiday Inn to block a GOP redistricting bill. The Republican House speaker ordered state troopers to find the Democrats and have them arrested. The Democrats returned to Texas after the bill's deadline passed and it was effectively killed.

As for last June's walkout Oregon State Police patiently waited for senators to return to the capitol.

“While we obviously have many tools at our disposal, patience and communication is and always will be our first, and preferred, option," OSP said in a statement.

The official GOP statement on the current boycott:

"Senator Courtney’s actions leave no other option for Senate Republicans but to boycott and deny quorum because cap and trade is on the way to the Senate floor. Democrats refused to work with Republicans and denied every amendment that was presented. Pay attention Oregon – this is a true example of partisan politics. Instead of referring this legislation to let the people decide, the Democrats are willfully ignoring 26 counties and one district, representing nearly 2 million Oregonians that have signed proclamations against cap and trade, to push their agenda."

MORE: Oregon Republican senators walked out over cap and trade. So, what’s next?