'I will deny it': Video shows Rep. Nearman implying he would open door during Oregon Capitol protest

The video suggests the Republican lawmaker may have acted deliberately when he helped right-wing protesters breach the state capitol last December. 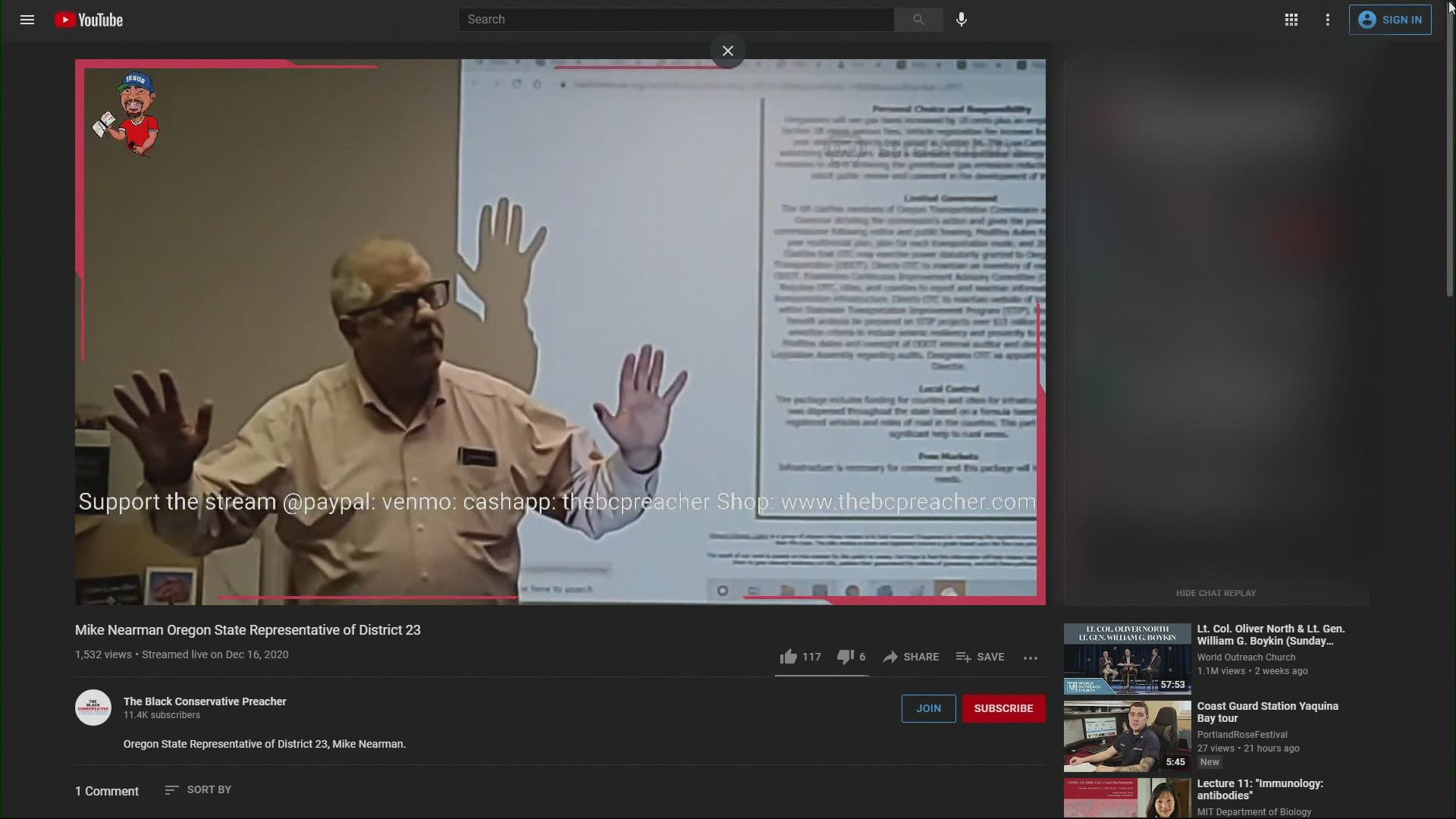 In the video, Nearman (R-Independence) addresses a question about the state capitol being closed to the public. He responds by talking about something called "Operation Hall Pass," as Oregon Public Broadcasting (OPB) reported first.

"We're talking about setting up Operation Hall Pass, which I don't know anything about. And if you accuse me of knowing something about it, I'll deny it," Nearman said. People in the room laughed.

He continued, "There might be some person’s number which might be [his cell phone number], but that is just random numbers... that’s not anybody’s actual cell phone. And if you say, ‘I’m at the west entrance’ during the session and text to that number there, that somebody might exit that door while you’re standing there.”

The video was streamed live on YouTube on Dec. 16, five days before Nearman helped protesters breach the state capitol on Dec. 21 in the same way he described, by walking out of the building through the west entrance.

Nearman is facing misdemeanor charges of criminal misconduct and trespassing for his role in the breaching of the state capitol building. He's due back in court June 21.

Oregon House Speaker Tina Kotek (D-Portland) called on Nearman to resign in January after seeing security footage of him opening the door to protesters. She did so again on Friday.

“I’ve been clear since January that Rep. Nearman should resign because he put every person in the Capitol in serious danger," Kotek said in a statement. "Today’s revelation that his actions were premeditated is incredibly disturbing. I once again call for his resignation. If he does not immediately resign, I believe he should face expulsion from the Legislature.”

KGW reached out to Nearman about the new video, but he has not responded.

The Marion County District Attorney's Office told OPB it's aware of the video, and that it's being used as part of the investigation.